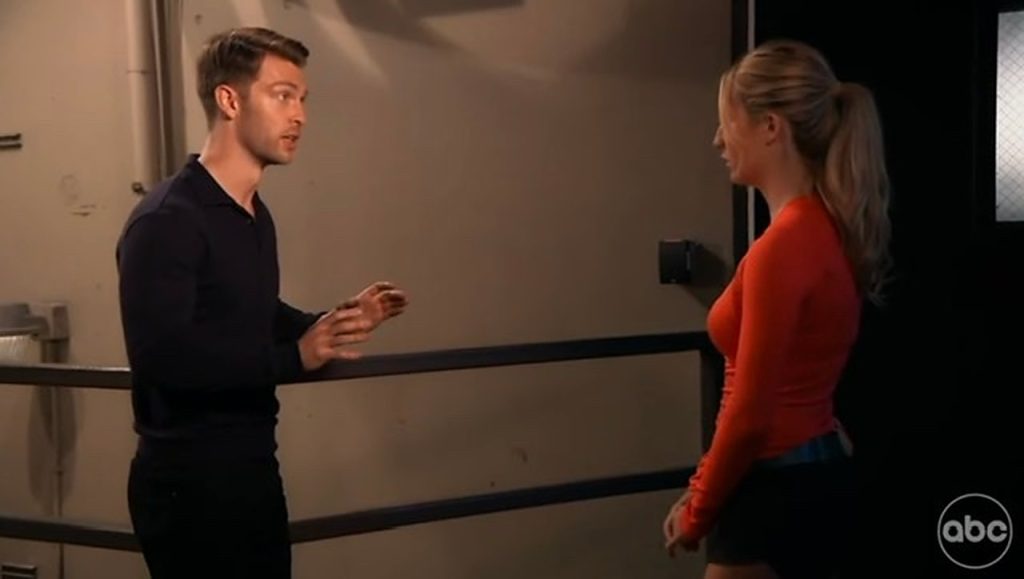 General Hospital Recap for Tuesday, September 27, 2022, revealed the story of Dex and Sasha. First, we saw Jordan discuss the alarming details of the crimes with Portia. The killer was getting better with every strike and would most likely kill his next victim without fail. Sasha broke down after realizing Brando would no longer be her guardian. Nina and Gladys comforted her.

Meanwhile, Josslyn and Cameron hung out with Trina and Rory. Suddenly, Rory got a call from Jordan, asking him to guard Diane. He learned about Dex’s arrest, which concerned Josslyn. She rushed to the police station to find out what was happening.

In this episode of General Hospital, we saw Jordan seek information about Diane from Portia. However, Portia insisted she had to be discreet. Curtis remarked hiding important details was Jordan’s forte. Portia apologized when he walked off. Jordan spoke with Portia and told her the killer’s technique improved with every victim. Diane was doing well, but Jordan was worried this would provoke the assailant to kill someone else.

Meanwhile, Sonny assured Sasha it was okay for her to leave. Nina and Sonny stepped out and received a call about Diane’s stabbing. Sasha felt she was all alone now because Brando was dead. Gladys told her they were family and would be there for her through thick and thin. They tried to make funeral arrangements, but the funeral house refused to accept Sasha’s card.

Because of the guardianship, Sasha’s bank account was put on hold. Nina offered her card, but Sasha broke down in her arms and insisted on dealing with things herself. Later, Sasha settled down and thanked Nina and Gladys for their help. They assured Sasha they were going nowhere.

At General Hospital, Curtis informed Sonny that Diane was in surgery. Furthermore, Curtis owed Sonny for his help with Marshall Ashford. Sonny was quiet about Marshall’s medication, and hence Curtis was grateful for Sonny. Meanwhile, Josslyn, Cameron, Trina, and Rory arrived at the axe throwing club. Josslyn confessed she liked Rory better than Spencer. However, she had not told Cameron about going dumpster diving with Dex.

Later, Josslyn suggested a fun game of axe throwing. However, Jordan called Rory on his day off and interrupted the party. Rory agreed to guard Diane and heard about Dex’s arrest. Previously, Mac arrested Dex because he was found standing over Diane’s injured body. Josslyn was shocked to hear the news and asked Rory for more details. It seemed Dex was the primary suspect for all three crimes now.

Josslyn left for the police station to find out what was happening. Meanwhile, Cameron spoke to Trina and wanted to clear the air. He was keeping secrets for Spencer. Trina confessed she was mad but would get over it in some time. Cameron insisted he cared about Trina and Spencer and was caught in the mess. General Hospital airs weekdays on ABC. Stay tuned with TV Season & Spoilers for the latest news and updates.