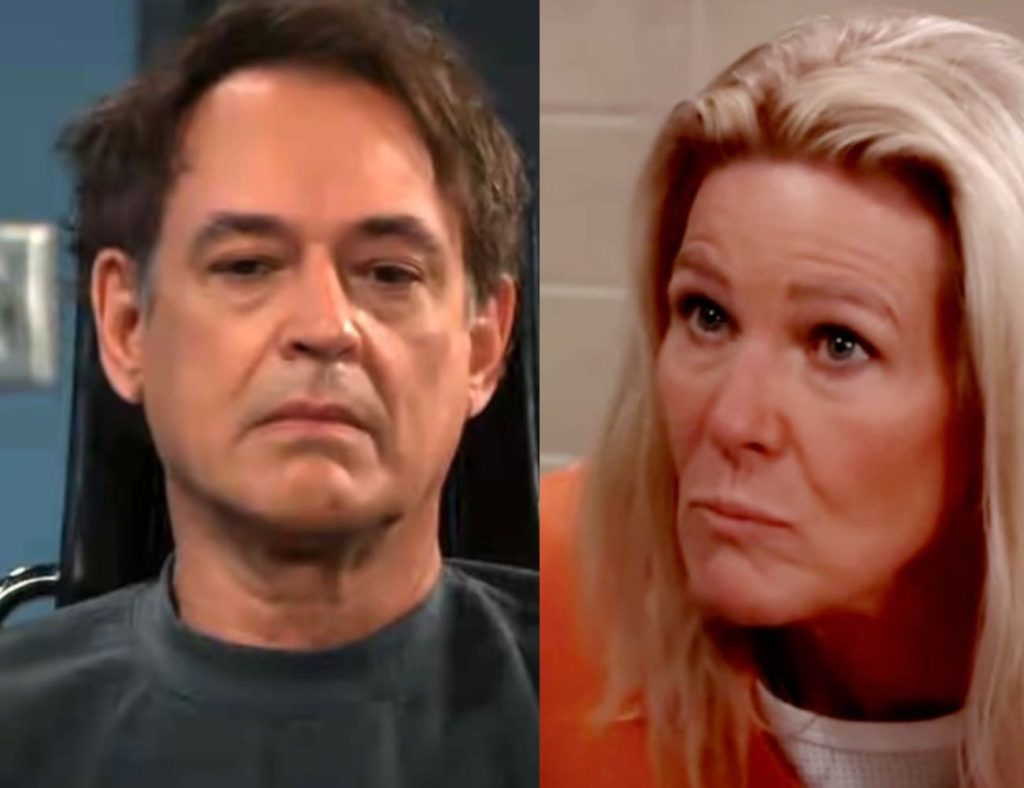 General Hospital is on a high-voltage thrill ride that is showing no signs of slowing down any time soon. From secret serial killers to toxic exes to raging psychopaths, you name it and they got it! The latest spoilers suggest that the thrill factor is about to raise a notch higher with a partnership no one was ready for, or will ever be ready for! Heather Webber and Ryan! Yes, the two devil incarnates will soon be putting their differences aside to form an alliance that could spell disaster for the town of Port Charles! Keep reading to find out what to expect next on General Hospital!

GH viewers recently witnessed the chilling experience of Heather coming face to face with Ryan at Spring Ridge. The look that the two of them shared spoke volumes on General Hospital. There was a mix of shock, terror and rage that flashed across Heather’s face when her eyes fell upon Ryan. His reaction on seeing her wasn’t any kinder or ever milder either! Even Ryan’s act of being diseased with Locked-in Syndrome couldn’t keep him from showing fifty shades of disgust that he felt on seeing Heather. It has been known for a while that the two of them have some major history on the soap.

So much so that it has been often speculated that while Ryan is Esme’s dad, Heather could be her mother on General Hospital. However, another fact that has been established on the soap is that Ryan and Heather have had some sort of a fallout in the past and our not on good terms. Although it hasn’t yet been revealed what the reason for the fallout is. But considering the fact that Ryan was able to ruffle the feathers of someone as cold as Heather, hints that the reason must be huge! But there is a twist in the tale, keep reading to find out!

Ryan and Heather Team Up On General Hospital

As if Ryan and Heather’s separate reign of terrors weren’t enough on General Hospital that they could soon come together! The thought itself sends a chill down the spine! The latest spoilers suggest that two evil minds might come together to target a common cause. Currently, Heather is getting treatment in Spring Ridge for her minor injuries from the crash. Ryan too is there for his Locked in Syndrome. The one he is so passionately faking. Being under the same roof can give these two the opportunity to clear the air of whatever differences they had earlier. After all, the worst of enemies can become allies to gain a common objective!

While, it is unknown what could be the target of this alliance, it’s for sure that it would be an evil one! What are the chances these two would come together for anything good? NEGATIVE! While we are sure the tale ahead is going to be sinister, we still can’t wait to witness it on screen! Ryan and Heather have sat in silence for a while now, and it seems the time has come for them to brew up a storm! Do you have any theories about who the target could be? Please share in the comments below if you do! Meanwhile, stay tuned to ABC over weekdays to see what happens next on General Hospital.