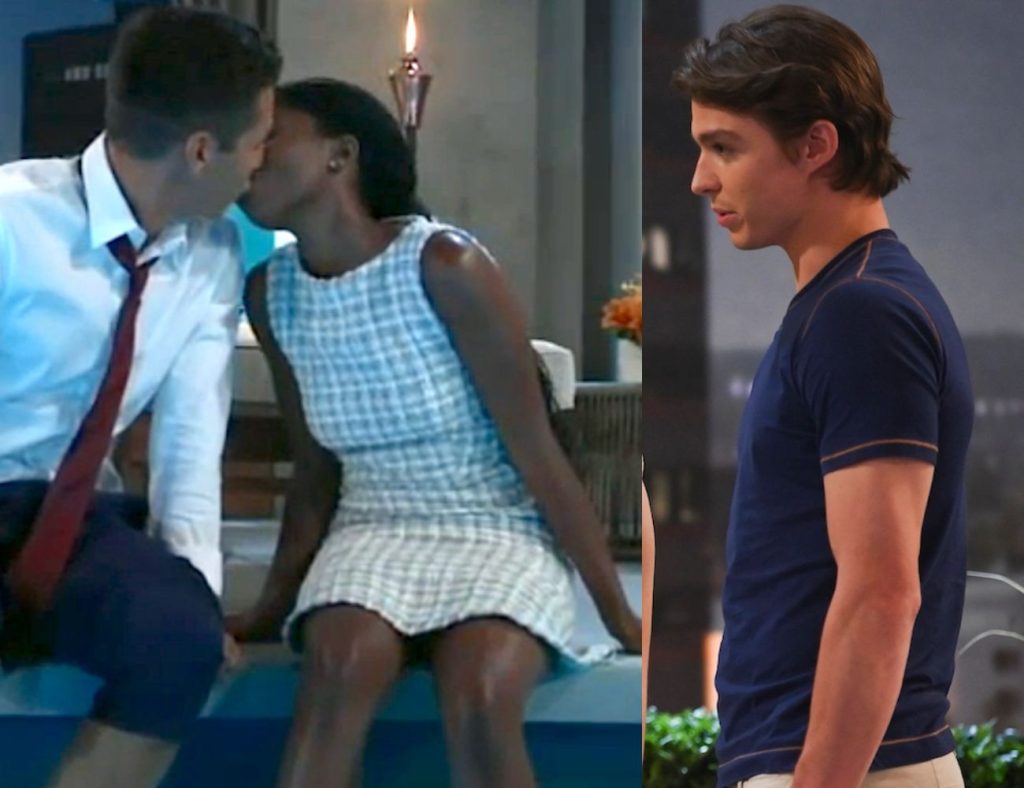 General Hospital these days is like a book of five million pages of unsolved mysteries! From mystery serial killers to secret baby daddies to hidden fatal illnesses, you name it, and the long-standing ABC soap has it! Spoilers indicate towards a new misunderstanding that is about to join the list of already existing frenzies in Port Charles! Spencer is about to walk into a whole new mess with Trina regarding a romantic misunderstanding with Rory! Want to know what is about to go down? Keep reading to find out!

Spencer has been doing time at the Pentonville Prison Facility for a while now. But looks like the time has come for the Cassadine boy to walk out free! General Hospital spoilers suggest Spencer is soon getting released from prison and coming back home to Port Charles. Of course, the boy has missed out on all the latest developments in the town while he was incarcerated. Hence, his confusion over the current situations in the lives of PC citizens is understandable. However, things will become increasingly chaotic for him and Trina when he misunderstands a conversation and assumes Trina and Rory are getting MARRIED!!

We know that Trina’s mom, Portia, is about to tie the knot with Ashford in a Valentine’s Day Wedding Ceremony on General Hospital. So, chances are that Spencer will overhear Trina discussing the wedding arrangements with Rory. She may be talking about how much she is looking forward for the wedding day and might be discussing wedding related affairs , such guest list, food etc. And our dear boy Spencer will end up assuming Trina is planning her own wedding with Rory! Finding out that the two are dating might make it easier for Spencer to jump to the wedding conclusion! How will Spencer react to this development?

Spencer Erupts In A Jealous Streak On General Hospital

There is no denying that Spencer and Trina feel very, very deeply for each other. There is this enigmatic pull that keeps pulling them towards each other on General Hospital. However, things have been more than messy between the two youngsters of Port Charles. It is as if life keeps throwing a truckload of hurdles in the path of them being together. While coming back home from prison would have been a great opportunity for Spencer to ask Trina to start afresh

. But, Alas! Spencer returns just to wrongly presuming Trina and Rory are getting married.

This unexpected news will certainly bring forth the jealous streak in Spencer on General Hospital. While at first the young Cassadine will remain miffed and cold shoulderly ignore Trina. Later, he may just lose his cool and rip Trina a new one in a fit of jealous rage about her getting married to Rory. In a hold of anger, Spencer might blurt out some hurtful things that may hit Trina hard. And, it’s only when he is done lashing out, that Trina might get a chance to tell him that it is in fact, her mother, who is getting married. Spencer will feel bulldozered by guilt upon learning the truth, however, the damage by his harsh words will be done by then!

Will Spencer’s volcanic eruption cause more friction between him and Trina? Will it push her closer to Rory, or will it make Trina realize how much Spencer wants her? At this point, the story can go either way! Do you have any ideas in mind? Please share in the comments. Meanwhile, stay tuned to ABC over weekdays, to find out what happens next between Trina and Spencer on General Hospital.