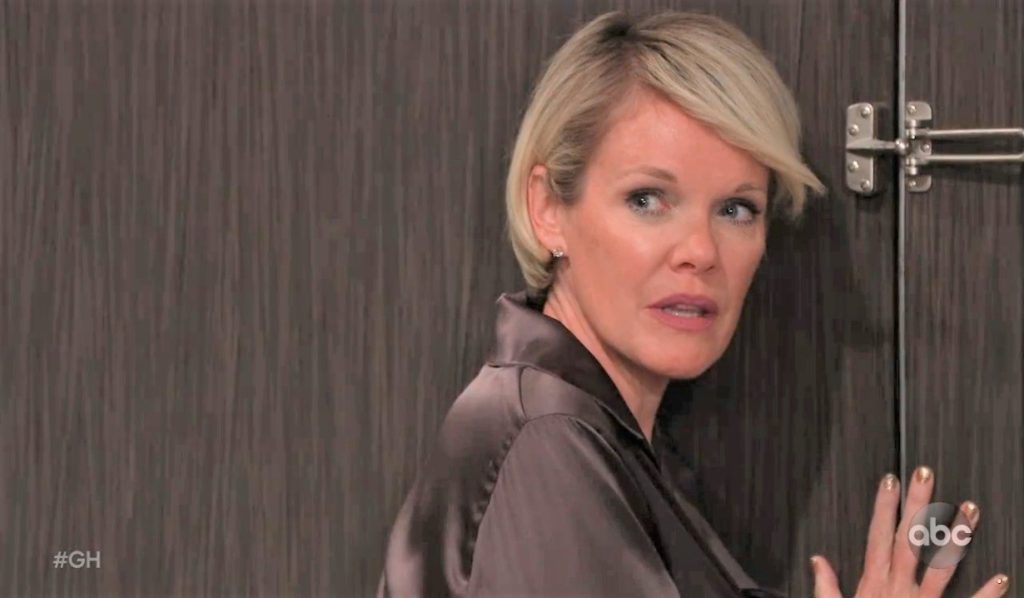 General Hospital spoilers suggest that Spencer will soon be exposed. Viewers must be aware that Spencer is the person who has been stalking Ava and Nikolas. He is the reason why Nikolas and Ava had to call quits on their marriage. Nikolas has already started suspecting Spencer. He found the letter Ryan Chamberlain had addressed to Spencer. Not just that, Nikolas also caught Spencer in a lie.

So, now he believes that Spencer is the person who has caused all of this mayhem. He has also decided to teach his son a lesson. But, General Hospital spoilers suggest that Ava will want something more than that. She will want revenge, and that might pose as yet another obstacle for Nikolas and Ava’s reunion. What will Ava want to do? Keep reading to find out.

Ava and Nikolas Are Mad At Spencer

General Hospital viewers who have been keeping up with the soap know that Ava and Nikolas have been through a lot in the past few years. First, Ryan became obsessed with Ava. He pretended to be his twin brother Dr. Kevin Collins and tried seducing Ava. He also murdered Ava’s daughter Kiki. Kiki’s loss had a profound impact on Ava, and what Spencer did just brought back all those awful memories.

Spencer took it all too far when he targeted Avery. Fearing Avery’s safety, Ava had to send her daughter to live with her stepmom Carly. So, keeping in mind everything that Spencer has done, it will become very difficult for Ava to forgive him. She will definitely want revenge.

General Hospital: What Would Ava Want To Do?

It looks like Ava and Nikolas will be at odds about what they must do when it comes to Spencer. Nikolas will want to punish Spencer. But he wouldn’t want him to suffer too much. However, as reported by Celebratingthesoaps.com, Ava will want to get Spencer arrested. Obviously, Nikolas will need to put a lot of effort into talking Ava out of it. But, if Spencer isn’t arrested, General Hospital spoilers say that Ava will find other ways to make Spencer suffer.

It looks like Ava might use her closeness with Trina Robinson to make Spencer suffer. She is aware that Spencer likes the young woman. So, she might make sure that she ends any chance of romance between Trina and Spencer. Not only because Ava wants revenge on Spencer, but Ava is also really fond of Trina, and she wouldn’t want her to be involved with someone like Spencer.

So, Ava might take it upon herself to keep the two of them apart. But, if that isn’t enough to satisfy Ava, she might use her mob instincts. So, Spencer better watches his back. General Hospital spoilers suggest that Spencer will soon be in the hot seat. So, he should be very careful about what he does next. Tvseasonspoilers.com will keep you updated with all the news. So, stay tuned.