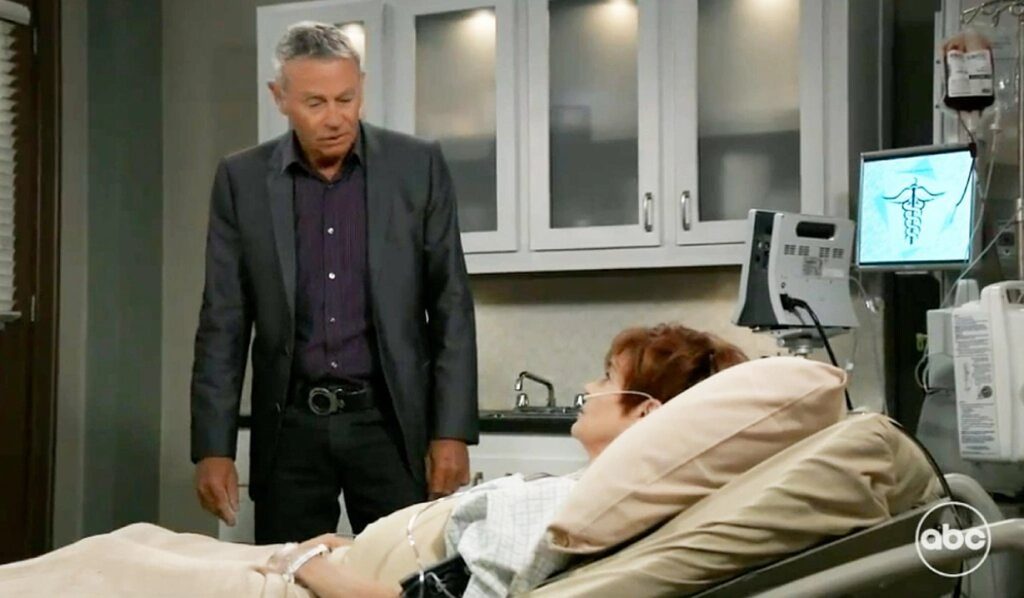 General Hospital spoilers suggest that a new couple might be in the making on Port Charles in the upcoming days. As per the latest speculations, a detective and a lawyer might get all hot and heavy. Yes, you guessed it right. We are talking about Robert and Diane. GH spoilers hint that Robert and Diane will come closer in romantic senses soon. What is going to happen there? Keep reading to find out.

Last week, the hook killer came to attack Diane when she was reading some documents. After she was attacked, Diane was rushed to the hospital. The General Hospital preview video showed how much everyone was concerned for Diane. Among them Robert was also one. Since Robert has worked with Diane, he also was very stressed and worried about her health.

Fans might remember that Robert and Diane worked together to help Trina in her case. When Trina was convicted, Diane worked closely with District Attorney Robert Scorpio. They both supported Trina with all their will. Now when Robert sees his colleague in this state, it will upset him to a great extent. We have already seen the efforts Robert is making in order to catch the killer. Recently, General Hospital spoilers teased that Robert will again approach Diane to seek some more information.

Robert will think that just in case, if Diane remembers more clue, then it will be easy for him to track the killer. Once Robert starts worrying more about Diane, will his feelings drift from a friendly one to something more? Let’s see.

Fans know that Robert has been without a partner for quite a long time. By showing Robert worry for Diane, are GH writers hinting towards a new romance in Port Charles? In soaps, friendship is the base that ultimately leads to romance in most of the cases. Does this mean that Robert’s concern

for his colleague will also end in a similar way? Chances are high for that.

However, possibility is there that Robert’s concern for Diane might soon escalate to a point where they both might feel the spark. Since both of them will be working together, the situation might bring the two of them closer to each other. If that happens, it won’t be a surprise if they both start having romantic feelings for each other.

Well, considering Holly Sutton’s return, all this might look a bit chaotic at first. But we can easily say that GH writers might be planning a new love triangle in the town. With Robert and Diane coming closer, it will be interesting to see how writers adjust Holly Sutton back in canvas. She went missing two years back, and till this date, Robert thinks that his former flame is dead. Chances are there that she might return just when Robert and Diane come closer. Who will Robert choose then? Holly or Diane? We will know what happens once writers try to consider this scenario. Until then, watch General Hospital, it airs every weekdays on ABC. For more updates and spoilers, visit our website, TV Season & Spoilers.