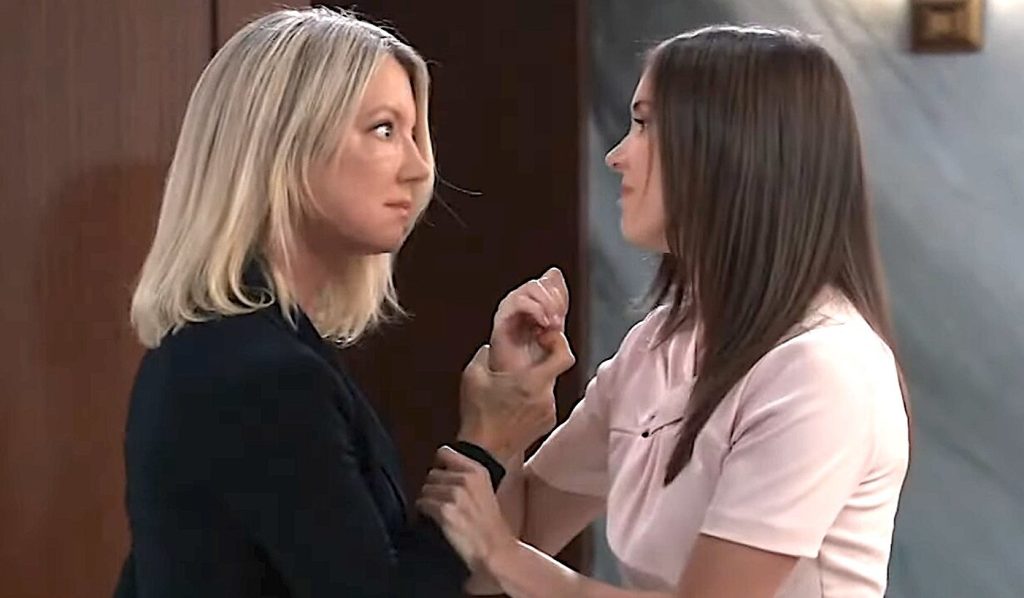 General Hospital spoilers for December 1, 2022, tease that Dex will confess to Michael about Josslyn and how she helped him when he was wounded. At the same time, Michael will also get updates on how Carly also helped Dex. So, he will surely won’t like how his family is getting dragged into all this problem. Elsewhere, Sonny will also team up with Valentin to take down Victor. Keep reading to know what is brewing in Port Charles.

First, Nina will come to know that Sasha is going through a lot of troubles and is immensely missing Brando right now. So, she will try to help her with that. General Hospital spoilers tease Nina will come across Willow and will think that she might come to help her friend. However, fans know that Willow is already is already facing health problems. While trying to find common ground, Willow and Nina’s fight will just escalate a bit further.

Willow was already not feeling well, and this argument will add more to her stress levels. The General Hospital spoilers say that Willow will soon collapse and will be taken to the hospital. So, it is pretty obvious that the family members will get another reason to hate Nina. We will have to see how Nina will react if she knows about Willow’s health crisis. Over with Sonny, he will plot some plans with Valentin. Looks like Sonny will agree that Anna is innocent and she needs to get freedom. Fans know it was Holly who murdered Lucy and not Anna. So, Valentin and Sonny will team up to go against Victor and help Anna out of the mess.

Elsewhere, Brook Lynn will let Dante know she has handed over the letter to the civilian complaint review board. However, Dante will reply that it’s just too late. Not to mention, Harrison will also dump Brook after knowing her selfishness. Later, Chase will lean on Sasha

, and she will try to make him understand Brook’s perspective. Looks like she will point out that may Brook did everything for the both of them. Whatever the case, Chase will appreciate Sasha’s company, and she will also open up about her ordeals.

Finally, Dex will have something to confess to Michael. Since Michael wants to know the entire incident regarding the car crash, Dex will decide to spill the truth. General Hospital spoilers tease Dex will come clean on how Josslyn was the one who helped her when he got shot. She also kept him in her house. Not just Carly also helped him get some antibiotics, so Michael will fume in rage. Looks like Michael will deliver a stern warning that he should not come closer to Josslyn no matter what.

In the meantime, Carly will push Josslyn to come clean if Dex is the reason for her major decision. Looks like Joss will make some decision, and Carly will wonder if Dex is a factor behind it. Chances are there that Joss might decide to leave Cameron or something else. Whatever it is, we will come to know that in today’s episode. Stay tuned and watch General Hospital on ABC. For more updates and spoilers, visit our website, TV Season & Spoilers.