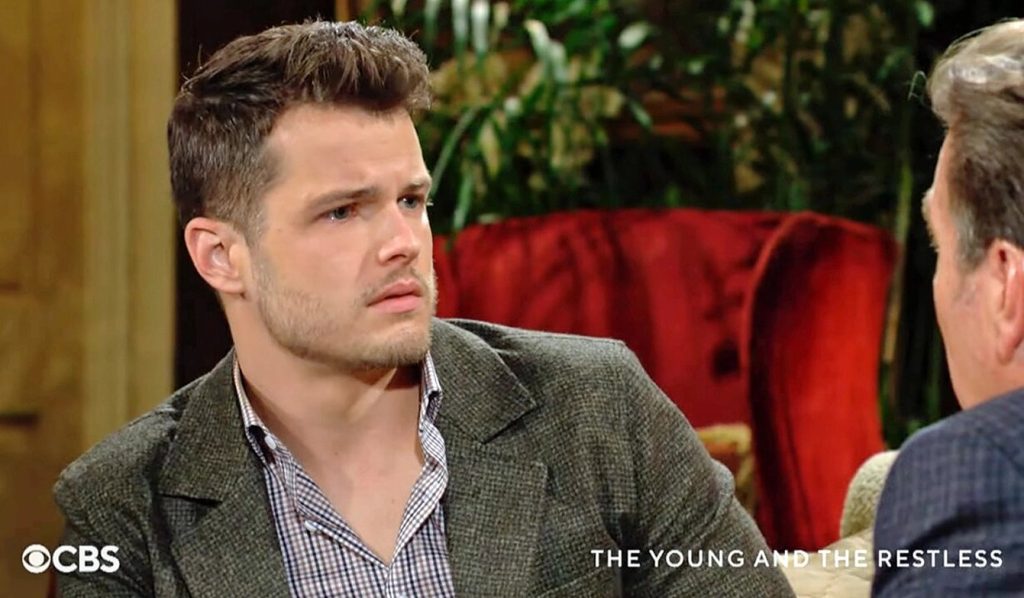 The Young And The Restless Spoilers For November 2, 2022: Victor Warns Nick, Jack’s Growing Doubts On Diane

The Young And The Restless spoilers for November 2, 2022, tease that Jack will inform Kyle that Diane was not honest with them regarding her time in LA. However, Kyle will get more furious when he hears about the blackmail that Diane faced. What will he do now? On the other end of the town, Victor will be pissed with Nick’s choice and wonder why he wants to be with Sally. Later, Victor will warn Nick about something. What would it be? Keep reading to know what is brewing in Genoa City this Wednesday.

Kyle and Summer will be back in Genoa City from Costa Rica with Harrison in the upcoming episode. It won’t be long before Jack fills in his son with Diane’s confession. The Young And The Restless spoilers reveal that Kyle will fume in rage. He indeed will be angry with Diane, but more than that, he won’t be able to take that Tucker and Jeremy blackmailed his mother. The fact that Diane was forced into being a money-laundering mule will piss him off even further.

In the end, Jack will want Kyle to know what all Diane has said to him. Jack knows how much Kyle adores his mother. Even though he doesn’t fully trust her, he still loves her. So, instead of a third person dropping the bomb, Jack will share everything with Kyle. Listening to th is, Summer will also grows furious that her mother, Phyllis, never stopped digging about Diane.

Speaking of Phyllis, The Young And The Restless spoilers say that she will feel like she has achieved something big. Right now, Jack is having trust issues with Diane. So, that will be something she has waited for all these months. Nikki, Phyllis, and Ashley are trying to prove how slippery Diane’s character is. Also, that she is not a changed person like how she portrays herself. However, one should not ignore Diane’s ability to escape a tough situation. Although Phyllis might have the upper hand right now, it can’t be guaranteed that she’ll have it forever. We will have to wait to see what happens.

The Young And The Restless Spoilers: Victor Lectures Nick To Back Off From Sally

Further on The Young And The Restless, Victor will learn about Nick and Sally’s closeness. Victor already didn’t like when Adam was dating Sally, so seeing Nick do the same will frustrate him even further. The spoilers say that Victor will wonder what has gotten into his son that he chose Sally.

Also, Adam still loves Sally, so Victor won’t want Nick to poke Adam on this issue. After what Sally did to Summer, that incident itself will make Victor remind Nick of what he is doing. However, Nick will be adamant and wonder why Victor is wasting his time lecturing him. He is adult enough to decide who he wants in life, so he wants Victor not to teach him what to do and what not to. The Young And The Restless airs every weekday on CBS. For more updates and spoilers, visit our website, TV Season & Spoilers.