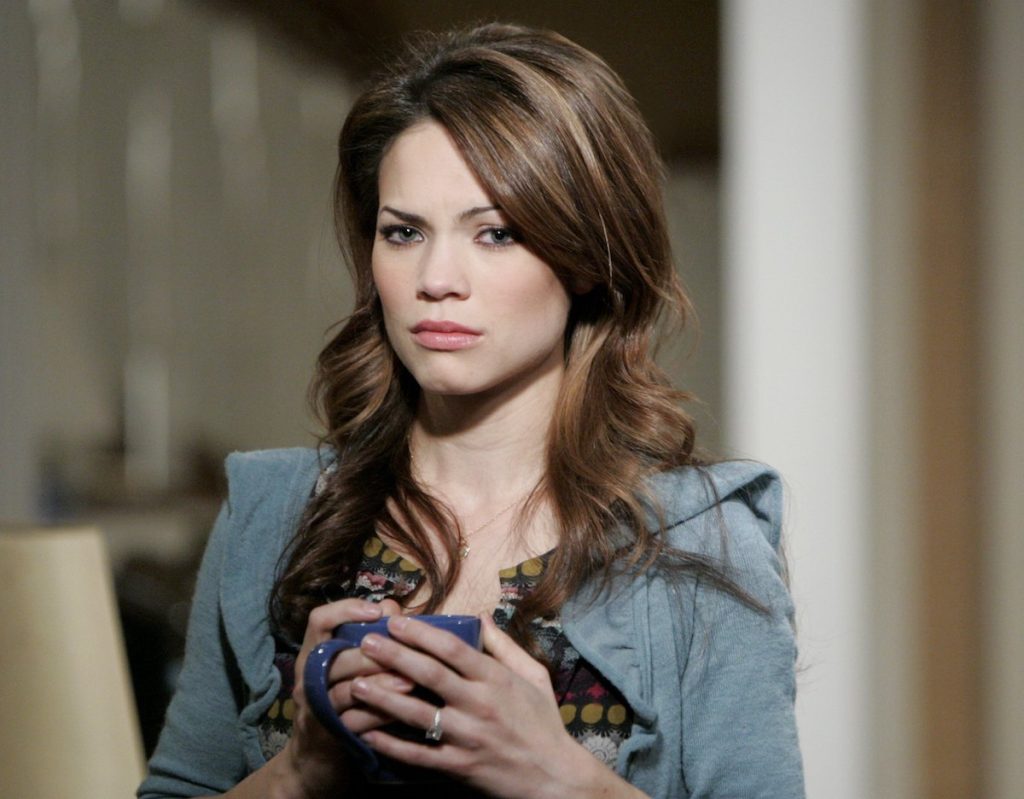 General Hospital spoilers for Friday, April 15, 2022, suggest that Chase will be worried after getting a disturbing phone call. He will try to help someone. Meanwhile, Liz receives another threat. Fin will try to find out who’s behind this stalker drama.

Next, Harmony will be anxious after a phone call and will plot to kill someone. Does Alexis know what Harmony is up to? Sonny will show who’s the boss and make a bold move. Keep reading to know more.

General Hospital spoilers for Friday, April 15, 2022, suggest that Chase will receive a phone call and hop out of the shower just to answer it. He tells the person on the other side of the call to calm down and promises that he will deal with it.

Although Chase is currently in a suspension period, it is possible that he is allowed to do some surveillance jobs. There’s a possibility that someone will ask Chase’s help. But we know that some kind of surveillance job is looming for Chase.

On the other end of Port Charles, Laura Collins will speak to Lucy Coe and request her to stop pretending. She knows Lucy is still dating Laura’s brother. But she will tell her that she is not worried about Martin’s love life. Laura is currently anxious about Victor’s aim and worries about what Aiden is up to. She will quiz Aiden and may seek evidence that late Franco is responsible for the stalker drama.

Laura will be worried, so she will be ready to take any route to find the truth. She will even resort to some paranormal rituals and realize that Franco isn’t behind any of this. More related spoilers suggest that Finn will continue getting worried. But Liz will declare that she doesn’t care about anything. She will argue that she cannot live her life like this forever and doesn’t wants to care about this.

Finn will ask Liz and the people close to her to stay on their guard. General Hospital spoilers for Friday, April 15, 2022, suggest that more shockers will surface at the end of the episode. There’s a possibility that Liz is suffering from mental issues and doesn’t remember what she’s doing. Whatever the case, Finn will investigate deeply and try to help Liz.

Harmony Plans To Kill Someone

As for Alexis, she will contemplate a situation. And it will probably involve Harmony and her comment that she owed Nina. Alexis also saw Harmony getting anxious after receiving a message. And it seemed like it was hard for her to escape the past. Although Alexis has no clue what’s happening in Harmony’s life, she can sense that something isn’t right.

Speaking of Harmony, she will be disturbed after a phone call. “That’s what I’m hoping for,” she says in Friday’s preview video. It looks like Brendon Byrne may set another pier meeting with Harmony to collect money. He might argue that after today she won’t see him again. Harmony feels the same, but it doesn’t include letting him go like this.

Harmony will indeed come up with a murder plot. It seems like she will kill Brendon and leave the body behind. So Alexis will find the body soon. Meanwhile, Michael and Willow will prepare for their legal battle for Wiley’s visitation right with Nina. Willow hopes it gets over, so Michale may urge her that it will soon get over.

At Charlie’s Pub, Carly will show up and voice her concern. Brando will admit that he overheard someone around the garage about Sonny’s getting weak. Carly will also agree that he seems vulnerable. She will worry about her family. But Sonny will make a bold move to show everyone he’s still the boss.

General Hospital spoilers for Friday, April 15, 2022, suggest that Sonny will do his best to prove his power. What Sonny does is yet to be seen. TV Season & Spoilers will keep you updated. So, stay tuned. General Hospital airs all weekdays only on ABC.