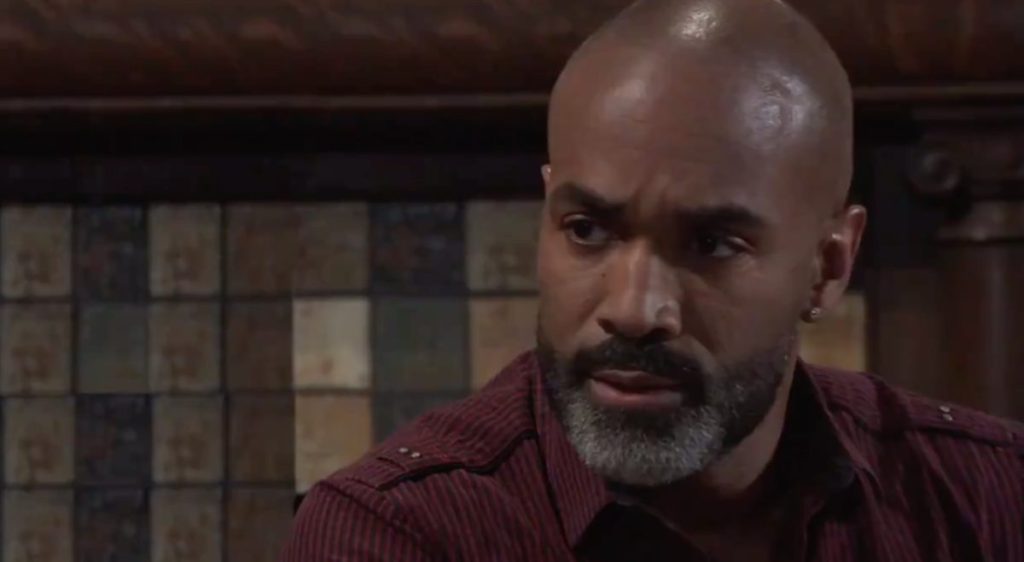 General Hospital spoilers for Friday, April 22, 2022, suggest that Curtis will finally learn about Marshall’s secret. While Marshall decides to leave Port Charles, Trina will do her best to convince him to stay. Next, Chase will find a way to get bottom of Liz’s stalker mystery.

But to unearth it, they will get help from a spirit. Meanwhile, Carly suspects something is wrong with Harmony and her connection with Nina. She will try to find out the truth. Keep reading to know more.

General Hospital spoilers for Friday, April 22, 2022, suggest that Curtis will be done with Selina Wu’s stalling. Selina managed to learn about the arrest record that Curtis had been looking for. But she will ask him to stay patient until her first poker game goes well.

However, she will assure him that she will tell him about it tomorrow morning. So, Curtis will be eagerly waiting. Curtis will finally learn the updates that he’s been searching for. He will find out about Marshall’s secrets. While Curtis deals with the truth, Trina reaches out to Marshall to ask whether he’s leaving.

Well, it was the plan, but Epiphany gave him an emotional speech to stop him from leaving. Marshall will confess that he is juggling between what’s right and wrong. However, Trina will take Epiphany’s side and advice him to fight for his family. So, Marshall will make a difficult decision to tell Curtis the entire story which he’s been keeping from his son.

Unfortunately, Curtis has already found the truth and won’t be glad to hear Marshall’s secrets. Meanwhile, Jordan will show her concern about what’s happening at The Savoy. Jordan will appear worried about this poker game arrangement and won’t think it’s a good idea for Curtis to entangle himself in mob business.

As for Chase, he will seem fine following his last night’s collapse. Hamilton Finn and Cam returned home and found Chase on the floor. But fortunately, he wasn’t seriously hurt. However, we can say that things are quite twisted here.

Once Chase wakes up, he will tell Finn that Elizabeth was sleeping upstairs when he heard a noise and decided to investigate it. After telling everything to Finn and Liz, Chase suggests that they can find the culprit because they must have been captured on the camera.

With that, Chase will also tell Finn and Liz that Aiden is trying to contact Franco’s spirit. He will tell them that he came looking for helo regarding it. They were having fun with the Ouija board when the blackout happened. Finn will listen to it, but he is a practical man. So, he will be looking for some logical explanation for this. However, Liz will be worried.

Next, Carly will talk to Sam about Harmony and tell her that she believes that Harmony is keeping some secrets. Carly will suggest that Harmony knows more about Nina than she’s telling everyone. It will leave Carly desperate to find the truth, which will add more threat to Harmony. Meanwhile, at Alexis’ place, she will push Harmony to reveal everything affecting her.

She won’t realize what made Harmony go from her calm poise to a total anxious person. Perhaps Alexis will think that the secret about Willow’s not being her biological daughter is affecting her. Alexis will insist on sharing about it if she wants to stay calm down. “Absolutely not!” Harmony yells in Friday’s preview.

General Hospital spoilers for Friday, April 22, 2022, suggest that Harmony won’t be ready to spill the truth about Nina and Willow’s connection and killing Brendon. It looks like her problems will turn worse. Stay tuned. TV Season & Spoilers will keep you updated. General Hospital airs all weekdays only on ABC.