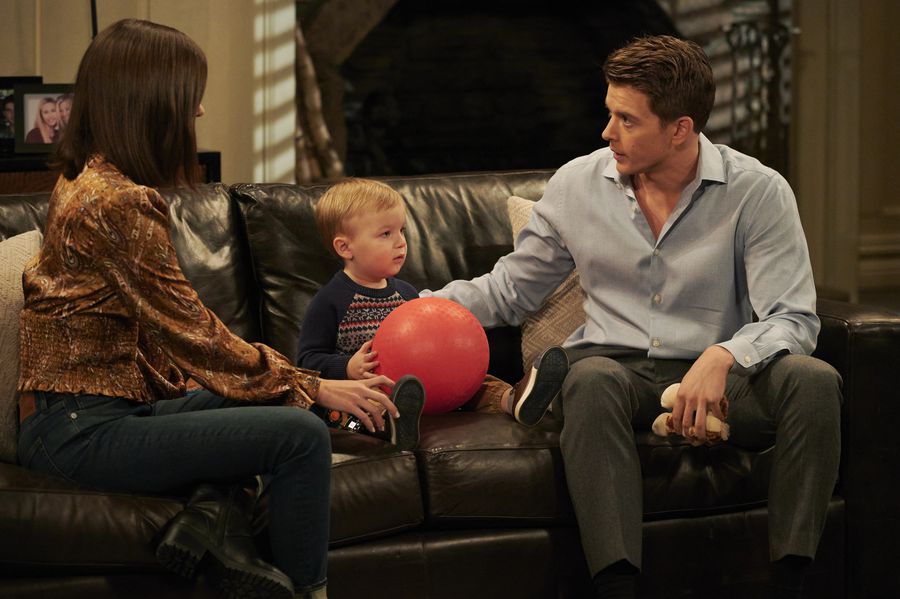 General Hospital spoilers for Friday, April 8, 2022, suggest that things will take a drastic turn in many characters’ lives. Starting with Trina, she will have a heartfelt conversation with Marshall.

Meanwhile, Willow and Michael will do their best to ban Nina from visiting Wiley. They will ask Harmony for help in this. Curtis will reconsider Selina’s offer to find something. Anna’s secret mission might turn comical. Keep reading to know more.

General Hospital spoilers for Friday, April 8, 2022, suggest that Trina will have a deep conversation with Marshall. She’ll admit if she comes out guilty, this is all over. It could appear appealing in some ways and horrifying in others.

Marshall and Curtis will appear on the same ground about what’s coming Trina’s way. It could appear tough for Trina to believe what she did to prove her innocence. Now, Trina has to fight to clear her name.

As for Willow, she’ll reunite with Michael and learn that his meeting with Smoltz went well. So now, they can focus on the legal battle with Nina. Willow will think her relationship with Harmony will help them. She will also show that they are willing to accept her as a grandmother in Wiley’s case if she can help them. So, Willow and Michael will dig deeper into Wiley’s visitation case.

However, Harmony is more dangerous now. She will call Brendon regarding the threatening text and meet him. They’ll meet at the pier, where Brendon will threaten Harmony with spilling her dirty past, including the truth about Willow’s biological mother. Of course, she will order to pay up. Nina will support someone in Friday’s episode. So it will soon reveal whether the person is Harmony, Ava, or someone else.

On the other end of Port Charles, Scott will visit Sonny and leave him surprised. Sonny will make an admission of underestimating Scott. So now, it will see whether it helps them settle down or create more drama.

Back to Curtis, he will sit down with Selina and reconsider her proposal. He will tell her his last term is non-negotiable. It perhaps is Curtis’ way to protect his people. Selina is eager to sign a deal so that she will accept Curtis’ demands. So, she will get The Savoy’s backroom for the poker nights while Curtis will get the details he needs regarding Marshall’s past.

Rounding off the General Hospital spoilers, Anna will think there’s more in the picture than she expects. Felicia will join Anna for an undercover mission where they try their best to unearth some interesting clues. Meanwhile, undercover Valentin

has to think smart as Jennifer has caught him trying to open her hotel room’s safe. He might come up with a plan to distract her with a passionate kiss.

But it will be hilarious if Anna spots Valentin making out with Jennifer in such a getup. General Hospital suggests that there will be some tense situations by the end. Stay tuned. TV Season & Spoilers will keep you updated. General Hospital airs all weekdays only on ABC.