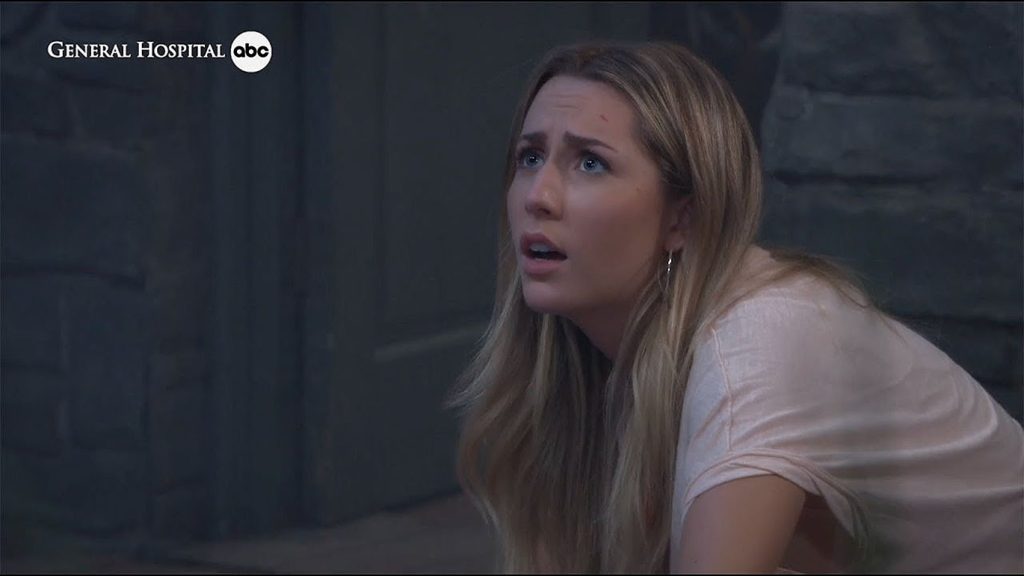 The Monday spoilers of General Hospital suggest that this episode will be a rather explosive episode. Chase will tell Brook about how he wants to leave, and Drew will continue trying to figure out the truth. He wants to find Willow’s birth relative for her, and he will continue trying to do that. Further, Ava will vow revenge, and Carly will want Josslyn to leave Port Charles. Will Josslyn listen to what her mom has to say? Here is all about it.

General Hospital: Chase Wants To End Everything With Brook

The Monday episode of General Hospital will bring a lot of heartache for Brook Lynn. The spoilers suggest that Chase will tell Brook that he doesn’t want to do anything with her and officially part ways. He will make it clear that he doesn’t even want Brook as his manager. With that, he will shut down Brooke’s idea to take down Linc Brown. Chase will want to bring distance between the two of them, and this is sure to leave Brook heartbroken.

On the other end of the town, Drew will continue his search for Willow’s mom. Drew will meet with Denise McKenzie once again and ask her about it again. General Hospital spoilers say that Denise will tell Drew that she has remembered something, and then she will try to spin the story. Now, she will tell Drew that Willow Tait’s father is dead. Given how fast Denise is changing her story, Drew will feel that she is probably not telling him the whole truth.

Of course, General Hospital viewers know that all of this is happening because Carly has paid Denise to tell the lies. Carly doesn’t want Drew to find out the truth about Nina being Willow’s mom. However, Drew now knows that Willow really needs the match. So, he will refuse to give up. He will feel that there must be another way to uncover the truth. So, he will follow his old trail and meet with Alexis Davis. Alexis knew Harmony pretty well. So, he hoped that she could tell him something about her. They will, later on, discuss Harmony, and Drew hopes to find at least something.

Further, General Hospital spoilers for December 19, 2022, suggest that Nina and Sonny will stand by Ava and give her the support she needs in this time of crisis. Nina will push Ava to promise that she won’t do anything that she will regret. After being pushed enough, Ava will promise Nina, but she will still be after revenge from Nikolas. GH’s spoilers hint that Ava will believe that she is never going to regret avenging Nikolas. She will want him to pay for cheating on her and the whole baby debacle.

Speaking of Nikolas, he and Liz will get into an argument. They will have a heated conversation about how Esme couldn’t be “The Hook.” Liz will insist that they have been lying to everyone for no reason at all. However, Nikolas insists that they are way too deep in this plan, and they cannot now come out. Anywho, General Hospital spoilers say that Esme will pull some tricks in the upcoming days. So, don’t miss that action.

General Hospital spoilers for December 19, 2022, suggest that Carly will be scared for Josslyn after she comes to know about “The Hook” and its latest attack. So, she will suggest that Josslyn leaves PC and goes to Australia with her dad Jasper “Jax” Jacks. Carly will feel that it is the safest place for Joss right now, and she should just leave. However, Josslyn wouldn’t want to leave Trina alone in this difficult time. Not only that, Josslyn wouldn’t want to leave Dex Heller as well. She is still attracted to him, and she hasn’t come clean to Cameron about her feelings either.

Rounding off the General Hospital spoilers for December 17, 2022, suggests that Michael will sit with Willow while she is at the hospital. He will give her the support she needs right now. This might have something to do with Wilow’s treatment, or maybe the word about her condition has started to spread.

Whatever it is, Michael will stand by Willow. How will these two deal with everything that’s happening in their lives right now? Only time will tell. General Hospital airs on ABC all weekdays. Don’t miss the action. In the meantime, TV Season & Spoilers will keep you updated with all the news. Stay tuned.