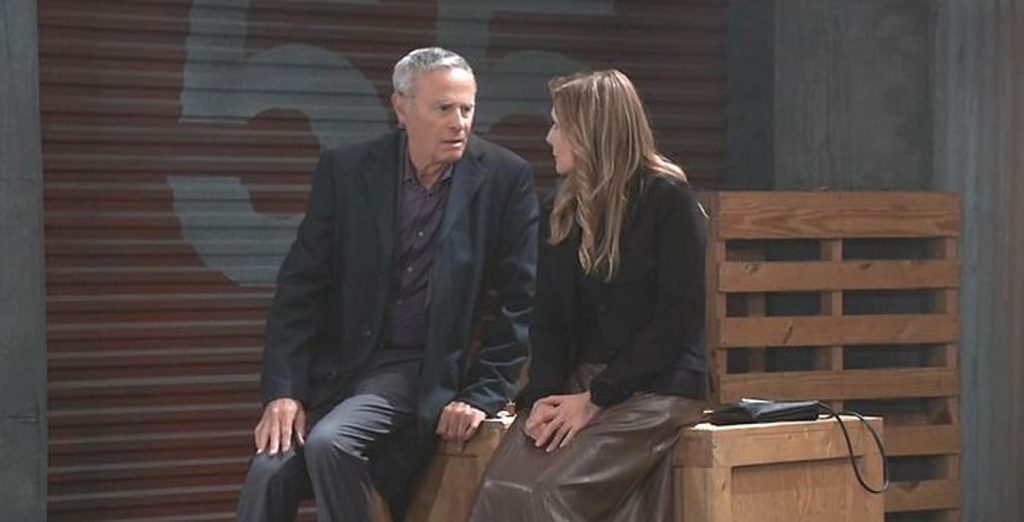 General Hospital spoilers for November 21, 2022, reveal that Robert will be out for the truth and will try to trap Holly with some false updates. He will want to see what happens and how she reacts to it. Shockingly, Robert will discover what Holly is hiding for all these days. Across the town, Dex will have a special request for Josslyn, who won’t let him go without proper recovery. In the meantime, Carly will confess something to Drew. What will it be? Keep reading to know what is brewing in Port Charles this Monday.

First, Carly will have something important to confess to Drew. General Hospital spoilers tease that Carly will tell Drew that someone knows about their relationship. It will be none other than Josslyn who will tell her mother that she did see her kissing Drew. Fans know that Carly and Drew decided to make their relationship a secret. But Josslyn will come to know about that. Things will become more chaotic when Olivia also finds them together. Looks like Carly and Drew will make some excuse and escape the situation.

Speaking of Josslyn, she will be at home helping Dex with his recovery. The General Hospital spoilers say Dex will want to leave the place since he won’t like being a burden to Joss. However, she will be adamant that he still needs to recover properly. Dex will want to ask for a special favor from Joss. He won’t want anyone to know about what happened with him. so he will ask Joss to keep it a secret and not tell anyone about it. Since Carly already knows it, she must also keep it a secret. But Michael just found Dex’s phone, and the call history shows the last call was to Joss.

Later, Sonny will grill Carly and would like to know why she met with Brick. Of course, she will lie about the real reason and give some excuse instead. However, Sonny will remain suspicious about the whole thing. Since Sonny is also looking for Dex, will he be able to join the dots? We will know that soon.

For many days Robert constantly had a suspicion about Holly that she is hiding something from him. When Laura confessed the same fear, Robert was sure he was correct. Even though Holly continues to tell him that she did nothing, it just doesn’t sit right with Robert. General Hospital spoilers show that Robert will now make a plan to trap Holly and find her secret. Looks like he will give Holly the wrong address and wait to see what happens.

Once Victor’s authorities arrive at the address, he will know that Holly is working for him. During the week of November 21-25, 2022, Victor and Holly will again team

Finally, Britt will appreciate Austin for coming with her to the hospital. Over there, she’ll get to know that her disease is spreading faster than usual. Once she receives this shocker, she won’t know what to do. On the other end, Scott will warn Cody about something. That might either be about the ice princess curse or not to fool Britt into his trap. Scott knows what Britt is going through, so he won’t want Cody to add to her stress. General Hospital airs every weekdays on ABC. For more updates and spoilers, visit our website, TV Season & Spoilers.