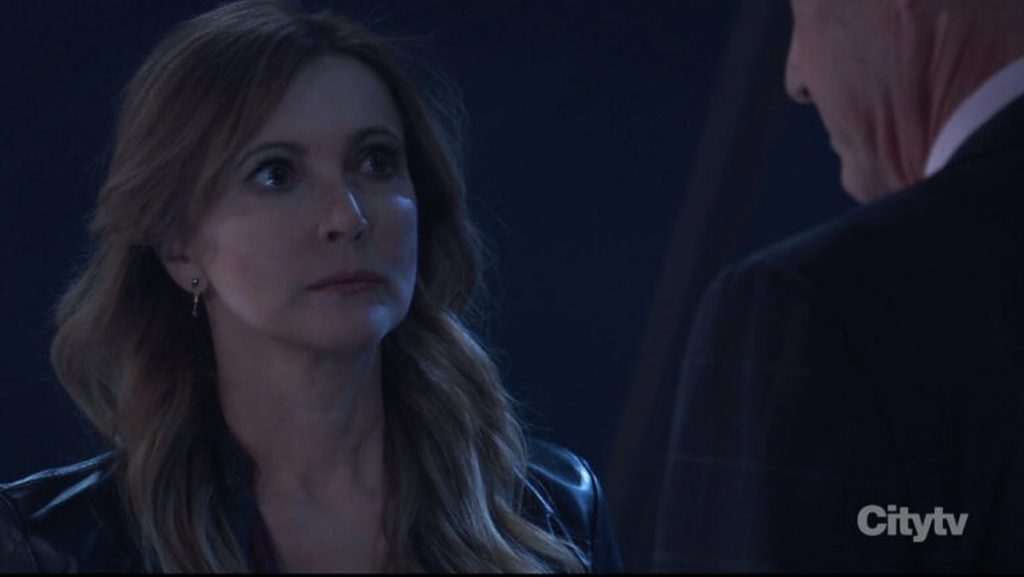 General Hospital Spoilers For November 22, 2022: Holly In Trouble, Sam Gets Intel About Dante’s Past

General Hospital spoilers for November 22, 2022, tease that Sam will get some intel about Dante’s past. She will know that she somehow has to find what Dante is hiding. Elsewhere, Victor will threaten Holly and will assign her a task. If she doesn’t do it, he will remind her that it won’t be difficult for him to take another life. Is Victor going to kill someone innocent again? Keep reading to know what happens in Tuesday’s episode.

Victor Assigns Another Task To Holly

First, fans know that Holly has already come clean to Robert about her working with Victor. General Hospital spoilers reveal that Victor will now assign another task to Holly. He will now want to get control over that expensive necklace. However, Robert will put that necklace in a suitcase that’s attached to his wrist. As for Victor, he will want Holly to seduce Robert and somehow take that necklace from his suitcase.

Once Holly denies doing the task, Victor will try to threaten her. He will remind her that taking one more life won’t be a big task for him. Looks like Victor will threaten to kill Ethan if Holly denies obeying his orders. Since Victor doesn’t know that Holly has already confessed to Robert, this will only make things worse. Will Holly share her new task with Robert? We will have to wait to know.

Elsewhere, Sam will worry that Dante has something in t he past that he hasn’t revealed to her yet. She will tell Alexis about Cody’s hint of Dante’s past

. Speaking of Dante, he will accidentally reveal something to Nina. She will ask him how worried Ava has to be since Esme is back in town. At the hospital, Cody will see Britt’s cabin after her meltdown. Even though Britt won’t disclose her disease, Cody will be there for her when she needs someone the most.

Over with Michael, he will finally inform Carly about Willow’s desire to find her biological parents. However, he won’t disclose the truth about Willow’s health. This information will certainly stun Carly to the core. She knows that Nina is Willow’s bio mother. But she would never want her to be anywhere around Willow or even her unborn.

Elsewhere, Brook will threaten Linc Brown about exposing his shady business. In the meantime, Chase will chat with Blaze on their next duet. Looks like they both will come close to each other during this conversation. How will Brook react to all this? We will know that soon. Stay tuned and watch GH as it is to air more emotional-packed episodes in the coming weeks. General Hospital airs every weekday on ABC. For more updates and spoilers, visit our website, TV Season & Spoilers.