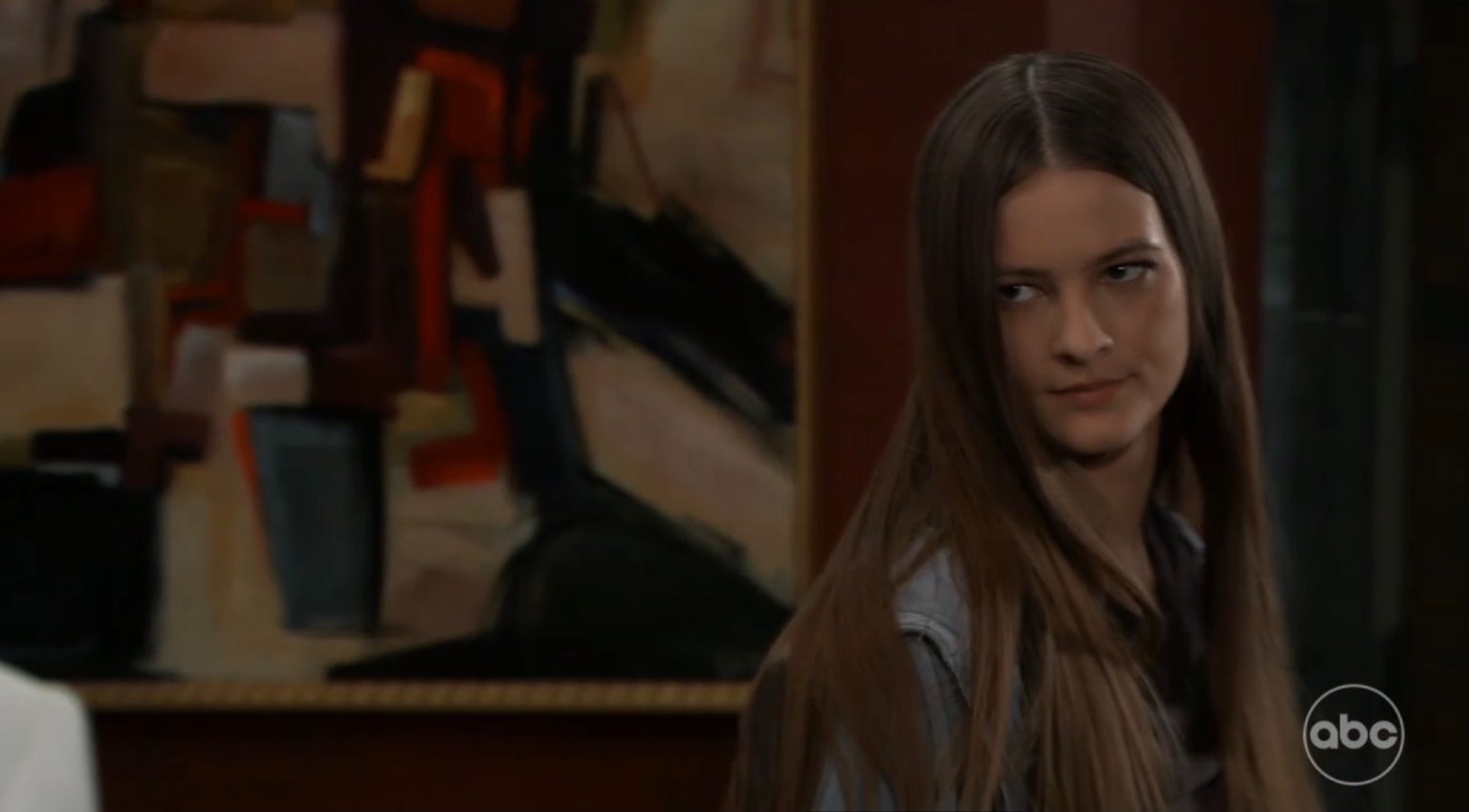 General Hospital Spoilers for the Next two weeks, October 3-14, 2022, Dante will approach Sonny to know his whereabouts of Dex. Across the town, Trina and Curtis will have a conflict. Fan favorite villain Esme will also be seen on-screen this week. So, Ryan will have two surprising visitors this week in prison.

During the week of October 10-14, 2022, another person will be attacked by the Hook killer. Later, Nikolas will see someone and will be shocked to the core. Over with Britt, once she meets Cody, she will open up about her past. Elsewhere, Valentin will get an offer from Victor. Read further to know what happens in the episodes.

General Hospital Spoilers For The Week October 3-7, 2022: Diane’s Clue About The Hook Killer

At the hospital, after gaining consciousness, Diane will have some shocking clues about the hook killer. General Hospital spoilers say Diane heard some bracelet jingling sounds before getting attacked. Not just that, she says that the hook killer might be a woman, she saw a woman’s face under the hood. So, everyone will be shocked, but at the same time, Sonny will be glad to finally get a useful clue that he can use in tracking down the criminal.

Speaking of Sonny, Dante will approach Sonny to ask about Dex’s whereabouts. But Sonny will just simply dodge the question with excuses and will himself ask the same question back to Dante. At the same time, Josslyn will also worry about Dex. Trina will become suspicious of Joss’s concern for Dex.

Later, Michael will help Joss track down Dex. As they both find him, Joss will lash out at Sonny for lying that he doesn’t know where Dex is. Whatever the case, Dex will be safe and thankful for those who saved him. Talking about safety, someone else’s safety in prison is likely to get messed up. Looks like Spencer will get attacked by his fellow inmates, but someone will rescue him just in time. Could that be Cyrus? Chances are there since he is also locked up in Pentonville.

General Hospital spoilers suggest Ava will come to meet Ryan, and he will be shocked to see Ava in front of him. Ryan and Ava have been long-term enemies. So, Ryan will wonder what she is doing her. However, once she leaves, the next visitor’s on-screen appearance is what fans were waiting for. Yes! Esme Prince. She will return to Port Charles and first pay a visit to her father. Looks like she will have some shockers to tell to her dad. But the real one comes in the upcoming episodes.

Elsewhere, Curtis and Trina will have a conflict another conflict in the nightclub. Curtis will soon land in some grave danger. So, stay tuned and watch what happens with him. General Hospital spoilers say that the hook killer will be lurking from far away while Harrison starts his performance at The Savoy.

Further, During the week of October 10-14, 2022, another citizen in Port Charles will be attacked. The PCPD will get a call regarding the same. Later, Jordan will be the first one to find that the target is Curtis. How will Portia react to this news? We will know that in the upcoming episodes.

Elsewhere, Nikolas will encounter someone and will be shocked to the core. Chances are there that he might encounter Esme. Chances are there that both of them might use each other to take revenge on people. Esme is surely going to trap Nikolas again. It might have something to do with Nikolas’ video recording. Previous spoilers also mentioned about some videos which Ryan might try to take from Ava. So, we will have to wait to see what the father-daughter duo are planning. Of course, it will be something more sinister than anyone has imagined.

On the other end of the town, General Hospital spoilers say that Brando’s funeral will take place. Gladys will chat with Sonny, after which he will become more desperate to sort things out with Michael. The spoilers say that Sonny will make a sincere plea this time, so it will be interesting to see if Michael accepts it or not.

Further on General Hospital, Victor will have some plans in action. His plans will only leave Robert worrying for Anna. Seeing Valentin and Victor plotting toward each other will leave Robert with a bad feeling of something wrong is going to happen real soon. Later, Victor will have an offer for Valentin. One that may give Valentin to bring back Charlotte safely back home.

Over with Lucy, she will confront Anna. There are chances that Victor might kidnap Martin, which may leave Lucy to fret over Martin’s fate. Fans know that Lucy was prying information from Victor because of Anna. Lucy was just a puppet, but the mastermind was Anna.

In Jacksonville, Carly will fight her best to save the cemetery and stop the new parkway. Drew will be extremely impressed by Carly’s arguments at the city council. Later, he will have some romantic surprises for Carly. After impressing Carly, they both might hit the sheets and take their relationship to the next level.

Elsewhere, Joss will have some tough questions for Dex with his friction with Michael and Sonny. In the meantime, Michael and Cameron will notice Josslyn’s concern towards Dex. So, both of them will agree that they need to keep Joss and Dex away from each other. But, we know that Joss will only do what she wants to. Problems will soon arise between Joss and Cameron. Stay tuned, as GH will air more twisted episodes in the upcoming week. Watch General Hospital, it airs every weekday on ABC. For more updates and spoilers, visit our website, TV Season & Spoilers.