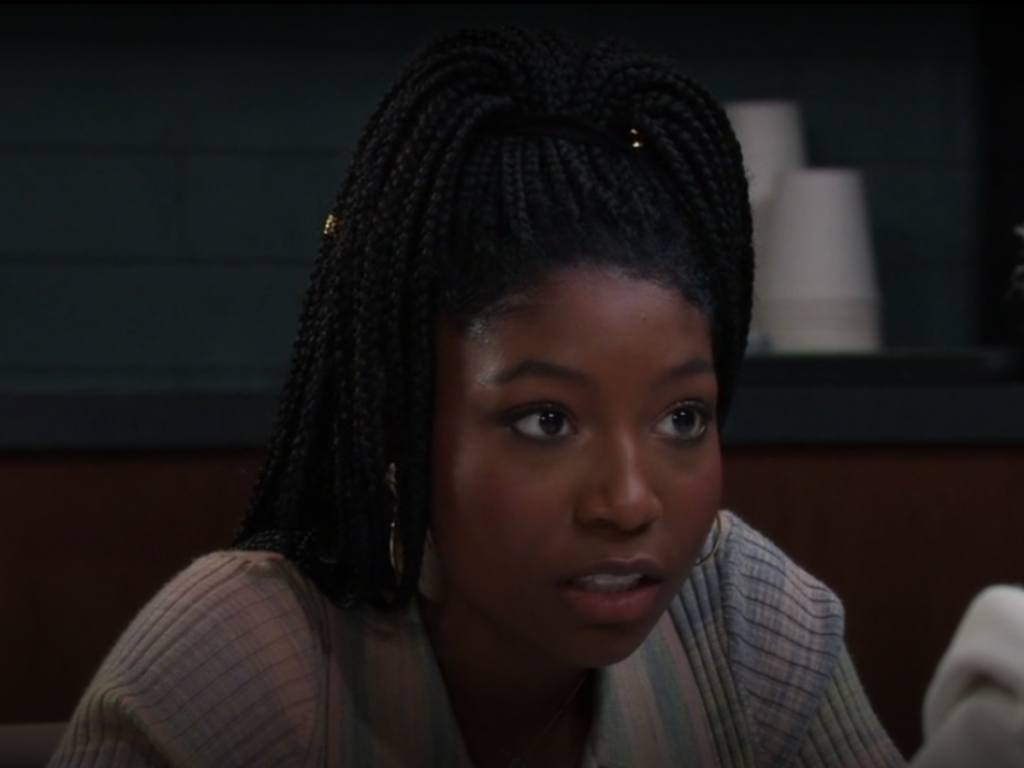 General Hospital spoilers for the week of July 18, 2022, reveal that major decisions will be made in the upcoming days on the soap opera. First, Trina’s trial hearing will start, and that will pull everyone on the edge of their seats. Things are about to heat up as many Port Charles residents help Trina. Esme will land in hot waters, and it looks like her end is here.

Sonny and Nina will continue butting heads while Carly has a little party. Curtis will make moves to make sure Trina is okay, and Valentin will make a huge gesture for Anna. However, it won’t be enough because Anna is getting suspicious of Valentin and Victor. So, she will want answers. Would she find any, though? Here is all about it.

The week of July 18, 2022, will start on a heavy note for some Port Charles residents because Trina’s trial hearing will start, and all of her friends and family will try to help her. Spencer will put a plan in motion where he will help her.

Spencer will have a fierce showdown with Esme, and then he will make some other moves to prove Trina’s innocence. General Hospital spoilers say that Spencer will use phony DNA proof to fool Esme. He will make a fake promise to Esme and pry a confession from her. However, this plan will go down a spiral.

Over in the court, Josslyn will take the stand along with Cameron Webber, and they will speak in support of Trina. However, Trina’s character will be attacked, and it will get very tough for everyone involved.

Next, General Hospital spoilers for the week of July 18, 2022, Nina and Sonny will get in a heated argument. Sonny will not be happy with what Nina did, and he will confide in Dante Falconeri later on. Dante will help his father with some advice. But things will become a little rocky for Nina-Sonny.

Other General Hospital spoilers suggest that Nina will also have a run-in with someone while she is at the cemetery. This will either be Sasha or Willow. Whatever the case might be, Nina will be worried about Sasha and her meltdown. Brando will speak to Nina about how he is worried, too, and they will talk about it.

More related spoilers suggest that Brando will also open up to TI Ashford, who will have something else on his mind. He will be worried about Willow and her health issues. So, he will be looking for answers regarding that.

General Hospital Spoilers: Carly And The Family Have A Party

While Carly will still be struggling with her Metro Court drama, she will decide to turn the switch off for a moment as she celebrates with Michael, Willow, and Drew. They will gather around to celebrate Willow’s pregnancy. However, things won’t go as planned because Willow might collapse once again. This will lead to tense situations.

Elsewhere, Britt and Cody will end up going on a very uncomfortable date. They will be out when Cody starts interrogating Britt. He will question her about her connection with Cesar Faison. This will infuriate Britt, who will confront him and ask him what he was up to. This will put Cody on the spot. But he will try to wiggle his way out. It looks like he will tell her why he is so obsessed with Faison.

While Britt and Cody deal with their date issues, Chase will mull over an idea. Mac Scorpio will host a special open mic at Haunted Star, where Brook and Chase will join. Chase will have a little stage fright, and he will consider bailing, but she will give him the courage to take on the stage. After that, Chase will think if maybe, singing is the career choice for him?

General Hospital spoilers for the week of July 18, 2022, reveal that Austin and Maxie will deal with their individual issues. Austin will get a text, and he will sneak out to deal with someone. It looks like this is the same person he dealt with while he was in Pautuak. So, Austin might be up to something shady.

While Austin does this, his girlfriend Maxie will also fight something. She will hurl accusations at Damian Spinelli and call him a stalker. Then, Spinelli will make a big confession and come clean about his involvement with the society setups.

Esme Is In Trouble

Back with Esme, General Hospital spoilers say that she will end up in a situation where she will be in danger. The bartender that sold Esme that burner phone will be after her. So, she will beg him to let her go. Esme will not want to land behind bars. So, she will beg him not to incriminate her. More related spoilers suggest that Curtis will strike a deal with this bartender. So, Esme might really land in trouble now.

Further spoilers say that Spencer will be working on one of his own plots where he will tell Nikolas and Ava something. Would he tell them about his plan? We will have to wait to know. Whatever the case might be, Nikolas will be worried about how Esme will retaliate. After all, Esme and Nikolas are hiding a HUGE Secret.

Rounding off the spoilers will be Valentin, who will make a grand gesture for Anna, but she will not be impressed. Anna will want to know about all the secrets that Valentin is keeping

. So, she will push for the truths. She will want to know whatever is going on between Victor and Valentin.

Valentin will have to make the tough decision to decide how much he wants to tell Anna. Will he tell her the whole truth? We will have to wait to know. General Hospital airs on ABC all weekdays. Don’t miss the action. In the meantime, TV Season & Spoilers is your one-stop for all the soap-related info. Make sure to check back soon.