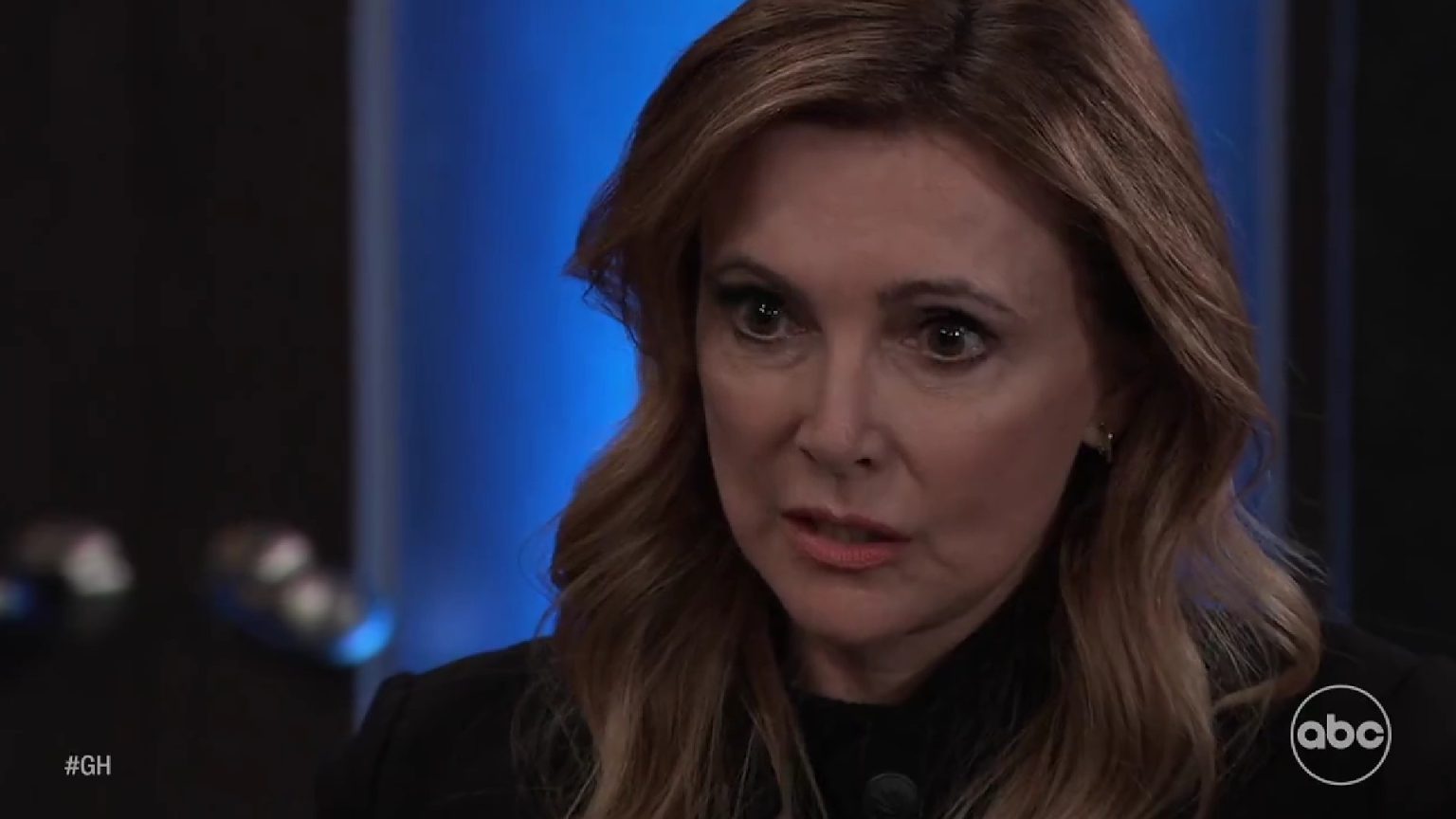 General Hospital spoilers for the week of November 28-December 2, 2022, tease that Holly will land in a tight spot as Victor’s task will get hindered. On the other end, Josslyn will have something really important to confess to her mother. What could it be? Over with Spencer, he will reject Nikolas when he will come to make some peace with him. Dante will also grill Heather in the asylum. Keep reading to know what is brewing in Port Charles next week.

Holly In Trouble Due To Victor

First, the show will be pre-empted on November 24 and 25, 2022. New episodes will air from November 28, 2022. Fans know that Victor assigned a task to Holly where he asked her to steal the diamond necklace and hand it over to him. However, General Hospital spoilers tease that Holly will make a blunder in that task and will ultimately land in some trouble. When Victor learns about it, he will simply threaten Holly and even try to scare her. Chances are there Victor might be tempted to kill Ethan even more now.

In the meantime, Dante will feel the need to interrogate Heather. This might be about her recent escape from the hospital. However, Heather will be ready to spill the beans but only at a cost. So, it will be interesting to see what Heather will ask him in return. Later, Dante will land in a tough spot when Sam asks him to come clean about his past. Will Dante tell her or not? We will know that.

Elsewhere, Scott will receive a shocking call from Liesl, who will fill him with Britt’s medical issue. Meanwhile, Mac and Kevin will seek Ava’s help, so it might be regarding hook killer’s investigation. Since Alexis is going to publish the killer’s letter, Jordan will also lash out at her for being careless. Chances are that this move might trigger the hook killer. Across the town, Michael will also rip into Dex

for letting Joss come to rescue her. Speaking of Joss, she will confess to Carly about something related to Dex. So, we will have to see if she tells her about the kiss she had behind the doors. Whatever the case, Dex will have a proposal for Joss, which she will reject.

Further on General Hospital, Chase will confront Brook Lynn with some tough questions. Now that Chase discovered about Brooke’s selfishness and the way she sabotaged his dream of starting a detective career, he will confront her. The spoilers say Brooke won’t know how to handle the situation. Later, Chase will confide in Sasha and will tell her what all happened to him. Over with Liesl, she will try to uplift Britt’s mood and will seek help from Cody to check on her. Trina will also confess to Marshall about something. So, it might be about Spencer and her feelings for him.

Speaking of Spencer, he will reject Nikolas, who will come to meet him in the prison. Elsewhere, Valentin will continue to help Anna and will now have some favor to ask from Sonny in the process of taking down Victor. In the meantime, Nina and Willow will have some arguments, which will end up having Willow rushed to the hospital once she faints. On the other end, Drew will be so close to finding the link between Nina and Willow, but Carly will hope that the link stays buried. General Hospital airs every weekdays on ABC. For more updates and spoilers, visit our website, TV Season & Spoilers.