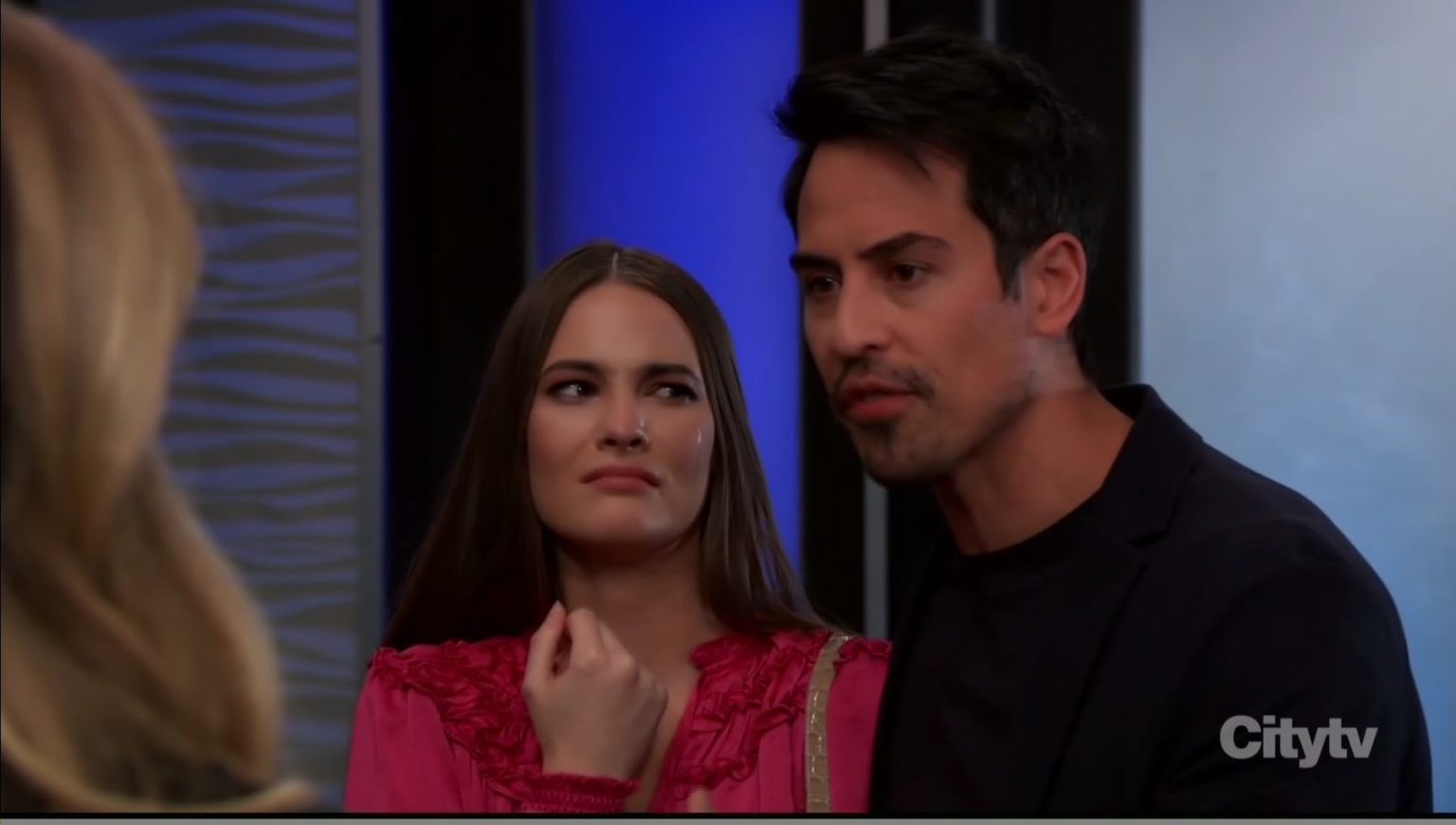 General Hospital Spoilers for June 2, 2022, suggest that the next episode of the soap opera will be full of drama and anticipation. In Thursday’s episode, Britt will ask Dante to make an arrest. While Sonny tries to find Nina, who has gone missing. After the verdict on the Wiley case, Nina will be nowhere to be seen. While Sonny searches for Nina, he will cross paths with Phyllis, and the two of them will reflect on the past.

Further in the episode, Nikolas & Esme will face a close call, as Ava & Spencer will be across the hall in search of Nikolas. Moreover, Spencer & Cameron will catch up on the Esme matter. What more will happen? Let us find that out-

General Hospital viewers keeping up with the soap opera know that Wiley’s visitation case ended in Michael & Willow’s favor. After this, Nina stormed off and hasn’t been seen since. So, Sonny will get worried and goes looking for his girlfriend. General Hospital spoilers say that Sonny’s search will lead him to Phyllis. Upon being asked, Phyllis will admit that she has not seen Nina. After that, the duo will get into talking and start discussing the time when they were all in Nixon Falls.

Phyllis will ask if Sonny ever wants to go back in time and change what has happened. However, Sonny will make it clear that he could never regret the time he met Nina. Even though his family suffered because of his absence, Sonny’s feelings for Nina are genuine.

On the other hand, when General Hospital fans last saw Nina, she was at the cemetery. However, she will head to the park next. There she might cross paths with Wiley. Josslyn will be on her babysitting duties for Wiley. And she will take him to the park to have a walk around. But is Nina’s meeting with Wiley against the verdict of the visitation petition? Would Nina get accused of kidnapping Wiley? We will have to find that out.

In the last GH episode, viewers saw a stranger making a grand entrance at The Society Socials. This was none other than Josh Kelly, whose new character parachuted over Britt. Not only did he land on her, but he also pulled her into the pool, and in the upcoming episode, we will see a furious Britt asking for his arrest. Further spoilers suggest that Dante will look at this new character, and he will realize that this is a character from his past. What is the connection there, we don’t know that yet, but it looks like some major drama is coming there.

After Britt sobers up a little, She will dry up and sit with Brad. Brad is the best friend that he is and will start teasing her about this parachute guy. However, Britt warns Brad not to get any ideas. But that does not seem to be the case, as this dramatic meeting might lead to something romantic for Britt down the road.

General Hospital spoilers suggest that some serious drama will take place over at Wyndemere. Ava & Spencer are still in search of Nikolas. However, the duo is unaware that Nikolas is with Esme right across the door, all naked. This will be a close call for them. However, some distractions will provide them with the required time to save the situation.

After all this, Ava will have some conversation with Nikolas and make it clear that she wants to fix all the problems. However, Ava will be clear that she’s not some weak wife who’ll do what her husband says. Moreover, she’ll not come in second place to anyone. However, the guilt will take the best of Nikolas soon, as he will struggle to keep a lid on the details of his hookup with Esme

Elsewhere, Cameron and Spencer will have a discussion on how things went wrong in the Esme situation. Spencer hopes that he will fix things with Esme soon. However, Spencer doesn’t know that he failed to keep a close eye on Esme and she has done what is required to break Ava & Nikolas up.

What are your views on this? Will NAva tear apart because of Esme? Or they’ll find a way to sort this out? Whatever happens, General Hospital will entertain you with all the dose of drama and fun. And Tv Season & Spoilers will keep you up with all the recent updates about your favorite soap opera. So, stay tuned.