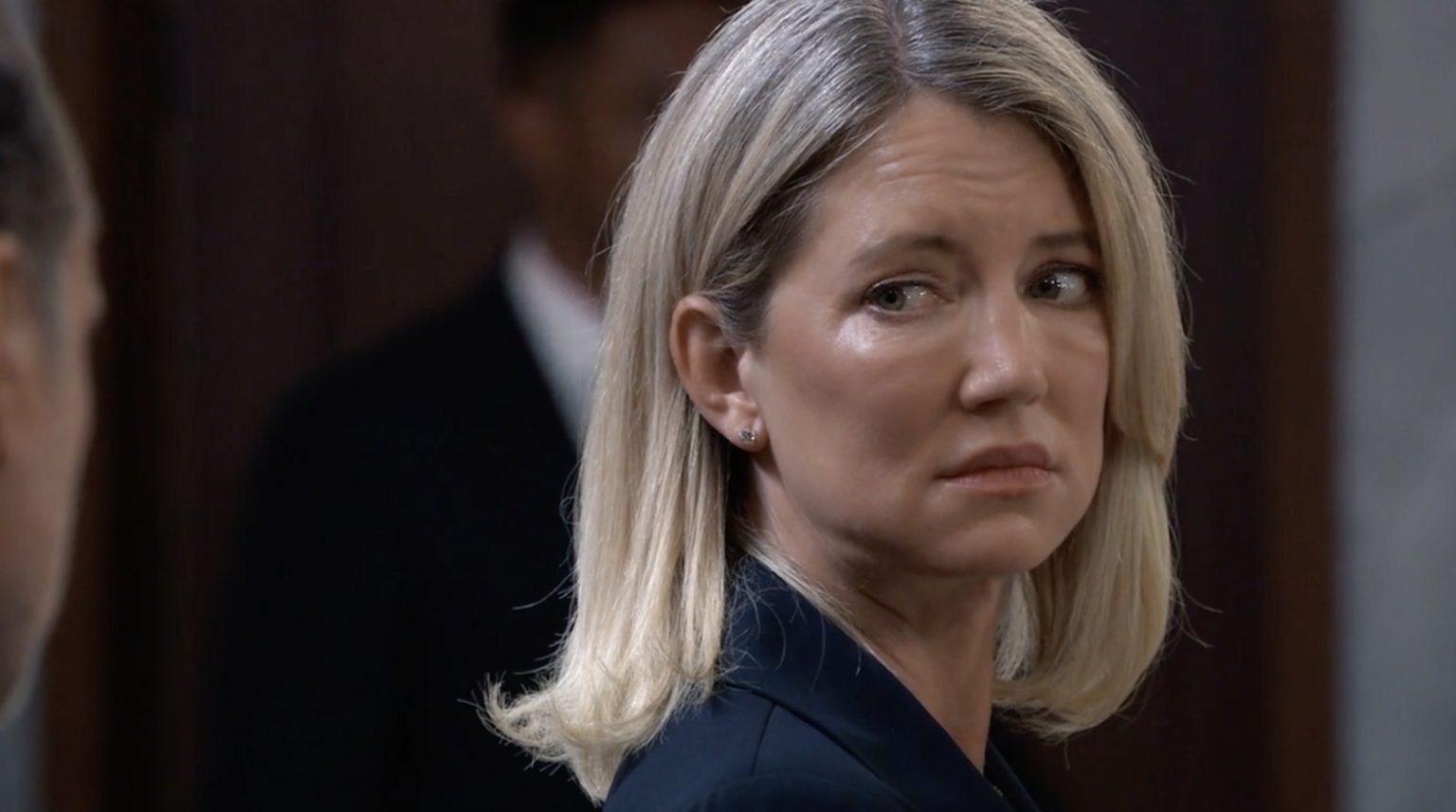 General Hospital Spoilers for June 1, 2022, are out. It looks like some exciting and jaw-dropping moments are about to come up. In the next episode of the soap opera, Carly will go through the DNA results that she recently picked from GH. But, she will keep the news to herself as of now. Then, drunk Britt will cause some drama at the Society Setups.

Next, Sam will try to grill Spinelli, who will attempt to get dodge her. Lastly, Ava & Spencer will end up searching for Nikolas and Esme. However, they don’t know that Nikolas has given into Esme. Things are about to get very interesting there. What more will happen? Let us find out-

General Hospital Spoilers for June 1, 2022, suggest that some serious drama will unroll at The Society Setups meet and greet. Maxie will sense some trouble as she will see Britt getting out of control. Britt has had too many drinks and will be intoxicated. She will also feel sad about life after she gets to know about Terry & Chet’s romantic situation. Britt will feel that it is unfair how life first lures into things and then take them back without even warning. Seeing Britt like this, Maxie, Terry & Brad will feel worried for her.

On the other hand, Sam will try to have a quick chat with Spinelli. However, he will try to get away from it. All of this will make Sam rather suspicious. Spinelli is anyway always up to become the matchmaker for Port Charles residents. So, Sam will wonder if the idea of The Society Socials might have come from Spinelli’s brain only. She will also think if he is trying his best to keep a lid on the entire situation.

Further, General Hospital spoilers claim that Valentin will cross paths with Anna at the shooting range and stir up the air with some light flirting. Valentin will mention how he always lands on his targets once he sets his mind on them. Evidently, there are sparks between the duo, and they will try to keep that intact.

Sadly, after fighting with everything that she had, Nina will ultimately lose Wiley’s visitation rights. General Hospital spoilers suggest that Judge will rule out the decision in favor of Micheal and Willow. However, Sonny will be there with Nina in her difficult time.

Talking about Sonny, Dante will warn Drew that now Micheal is free from the courtroom drama, he will use the ELQ to get back at Sonny. As per General Hospital spoilers, Dante will want Drew to look into the situation, or else this family drama will go out of control.

General Hospital: Nikolas & Esme Kiss, About To Get Caught

Over at Wyndemere, Ava will ask Spencer about Nikolas’ whereabouts. Since neither of them will know, they will start looking for him. However, Nikolas will be in a steamy moment with Esme and this will be explosive.

General Hospital spoilers reveal that Nikolas will have the lip-lock with Esme, but he will soon pull himself back. He will feel bad about the entire situation and start feeling guilty. Nikolas will make it clear to Esme that this shouldn’t have happened in the first place. However, Esme will try to make him believe that this is what she wanted and is not sorry at all. As per Genera Hospital spoilers, things will move further in the hot zone after this.

The good news is that the duo will be interrupted by the sound of Ava & Spencer coming in. This will almost become a close call. But will Ava find out about Nikolas & Esme? We will have to find that out. General Hospital airs every weekday on CBS. So, stay tuned, and don’t miss out on the updates about your favorite soap operas.