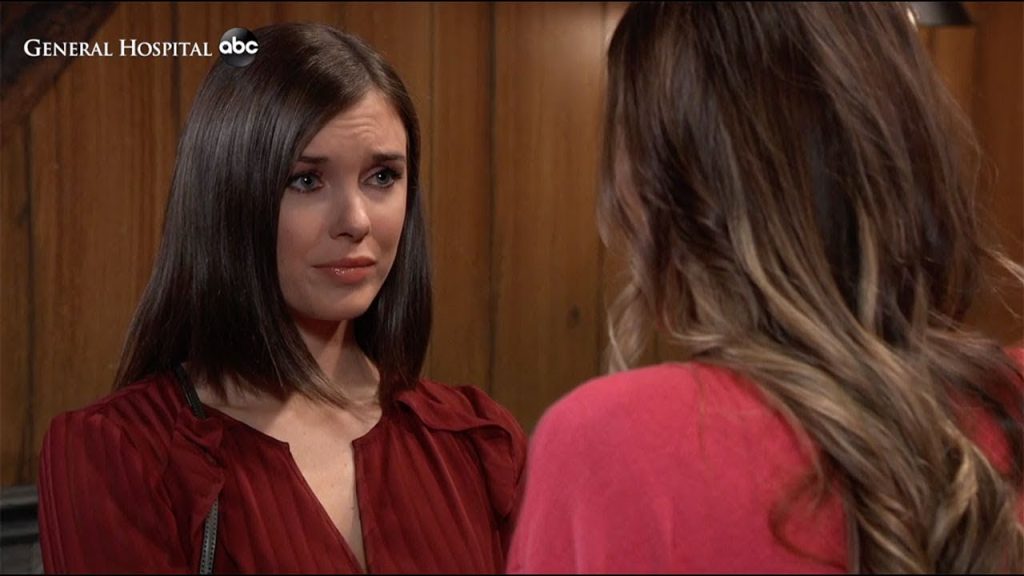 General Hospital spoilers for Tuesday, March 1, 2022, suggest an impending conflict between Nina and Willow. Well, Willow will learn about The Haunted Star night. So, when she will meet Nina, she will lash her out.

Meanwhile, Drew will offer a lucrative job position to Marshall. Chase will speak to Finn about Liz while she tries to figure out his position around Brook. Above all, Carly will seek distraction. Keep reading to know more.

General Hospital spoilers for Tuesday, March 1, 2022, suggest that Drew will call Marshall Ashford for a meeting. He will pitch a new job offer that Marshal won’t be able to reject. Well, the main plan is to get Marshall’s personal information when he finally agrees to the job profile. Even if he offers fake info, Drew believes that he can trace it and help Curtis find details about his father’s past.

Well, there will be some glitches as Marshall will suspect that his son is behind this. He will think that his son is trying to help him get a good job. But he will eventually discover Curtis’ true agenda behind all this.

Meanwhile, Stella will worry for Curtis and will think he’s insane when she learns about his plan. She will think that he’s digging into the past for no reason at all. In fact, she will hope that Curtis should focus on the present instead of fussing over the past. More Curtis-related spoilers suggest that he will roast Nina about the things going on in her life. He will be interested in how Sonny entered her life.

While Nina deals with Curtis, Willow will meet with Michael and tell him, “now is the time.” As per General Hospital spoilers, he will appear confused and wonder what she’s talking about. Perhaps she will talk about Nina and how she should be allowed to visit Wiley once again. But Michael won’t appear on board.

He might tell Willow the truth about what happened at the Haunted Star. General Hospital spoilers suggest that Willow will cross paths with Nina later on and get in a heated confrontation. So, this might have something to do with that. As the speculation has it, Willow and Nina are biologically connected. So, General Hospital might be building a conflict there.

Carly Gets A Distraction

On the other end of the town, Olivia will convince Sam McCall and Carly to enjoy a day off. So, they will head to a throwing club. There the trio will blow off steam as they hit their targets. Well, it will be helpful for Carly because she is dealing with so many things thanks to Nina and her failed marriage to Sonny. Now that Carly has already signed her divorce papers, she will seek some distraction to let out her anger.

General Hospital spoilers for March 1, 2022, suggest that Chase will learn about what is happening in Elizabeth’s life. Chase will help Hamilton Finn figure out things but, Finn will try to downplay everything. While Chase and Finn discuss that, Liz will have yet another haunting moment that is related to Franco Baldwin.

Liz will come home and see the portrait Franco painted of her prominently displayed in the living room. It will leave Liz to question Jake Webber

. However, it seems like Jake will be questioning all of this too. So, that will leave both of them quite puzzled.

Back to Chase, Michael will apologize to Chase after learning the truth that Maxie is Bailey’s mother. Michael will think he judged Chase without knowing the entire truth, so he will feel sorry about it. General Hospital spoilers suggest that Chase will accept the apology, and he will tell Michael about his feelings regarding Brook Lynn.

Michael will give Chase another perspective on his relationship and some good advice. Would that help Chase? We will have to wait to know. TV Season & Spoilers will keep you updated. Stay tuned. General Hospital airs all weekdays only on ABC.