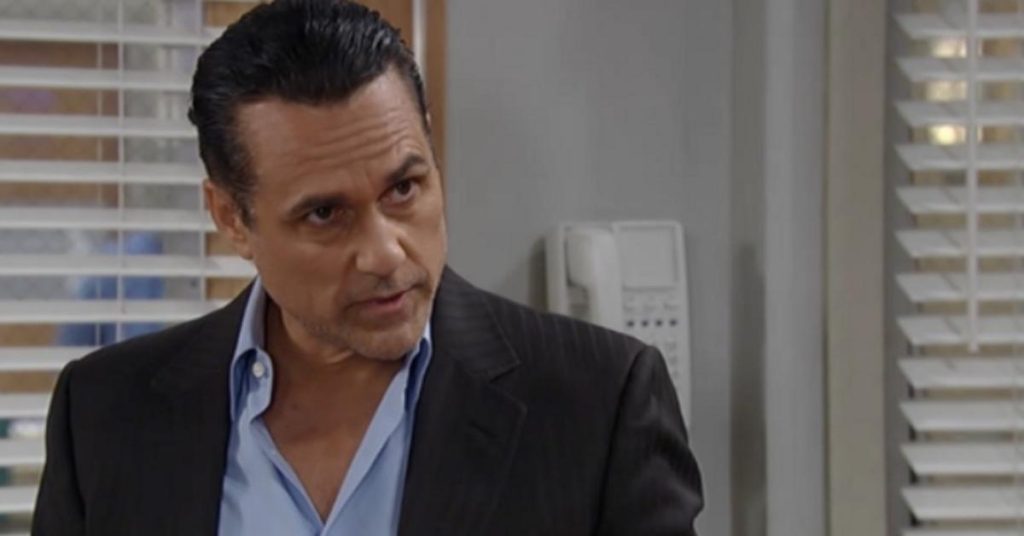 General Hospital spoilers for Monday, February 14, 2022, suggest that nothing will remain the same between Sonny and Carly after she caught him red-handed. The current spoilers suggest that Carly will decide to end this marriage.

At the same time, Sonny will sulk, and Nina might come to comfort him. Esme will surprise Spencer. TJ Ashford will come up with tricks to surprise Molly on Valentine’s Day. Well, it looks like Valentine’s fever will stay in Port Charles for a longer period. Here is everything you need to know.

General Hospital spoilers suggest that Sonny will be upset watching Carly moving on so fast. At first, Nina wonders she shouldn’t seek Sonny, but deep down she will know that Sonny would be at Charlie’s pub. Despite her reservations, Nina will feel like she is a party of interest so, she should know what is going on.

GH spoilers say that Nina will then go and meet Sonny and will learn about Carly is meeting a divorce lawyer. Sonny will tell Nina that his marriage is ruined. So, she will stay beside him. But during this discussion, Nina will appear curious about her future with Sonny. They might talk about it and perhaps end up hitting the sheets, again.

Moving on, Terry’s ready to meet the man whom she met on a dating app. As soon as she enters the place, she finds a man in a teal shirt. As discussed on a chat, she will think that the man is Tunner. However, it will be Chet. Chet and Terry will sit down, and Terry will come to know that she was worrying for nothing. However, later Tunner will show up, and Terry realizes that her blind date has gone wrong. She will be utterly embarrassed about this mix-up.

On the other end of town, Esme will travel all the way to see her beau- Spencer, who is currently in Spring Ridge. She will give him a Valentine’s Day surprise. At first, he will pretend that he’s happy with her surprise. But soon, he will annoy her as he will only want to discuss Josslyn Jacks, Cameron Webber, and Trina Robinson.

General Hospital spoilers for Monday, February 14, 2022, suggest that Esme’s day will worsen when she learns she got banned from visiting Ryan. The person who did this was none other than Kevin Collins. Esme will be angry over this and which she will downplay her intentions in front of Spencer and Kevin.

As for Molly, she will be treated to a surprise romantic get-together. TJ Ashford will pull off some tricks in order to make Molly surprised by his Valentine’s Day planning. General Hospital spoilers for Monday, February 14, 2022, suggest that someone will come home sooner than planned. Could it be Jordan? We will know soon.

Elsewhere in the town, Brad will join Britt Westbourne despite Selina’s serious attempt to keep them away from each other. Britt will tell him that it’s risky. But Brad will be fine to take this risk. Brad will wish they could party together and crack some jokes on Valentine’s Day suckers and find love again.

Rounding off, Carly will meet Felix in Monday’s episode. Carly will tell Felix about the night at The Haunting Star. So Felix will ask about her marriage. She will try to help get them together. Meanwhile, Carly will try to amend between Brad and Felix.

More related spoilers suggest that Sam arrange a meeting with the divorce lawyer and advise her to stay open to some options. What would Carly do? We will have to wait to know. Stay tuned to TV Season & Spoilers to know whether Sonny and Carly will end their marriage or not. General Hospital airs on ABC all weekdays. So don’t miss it.