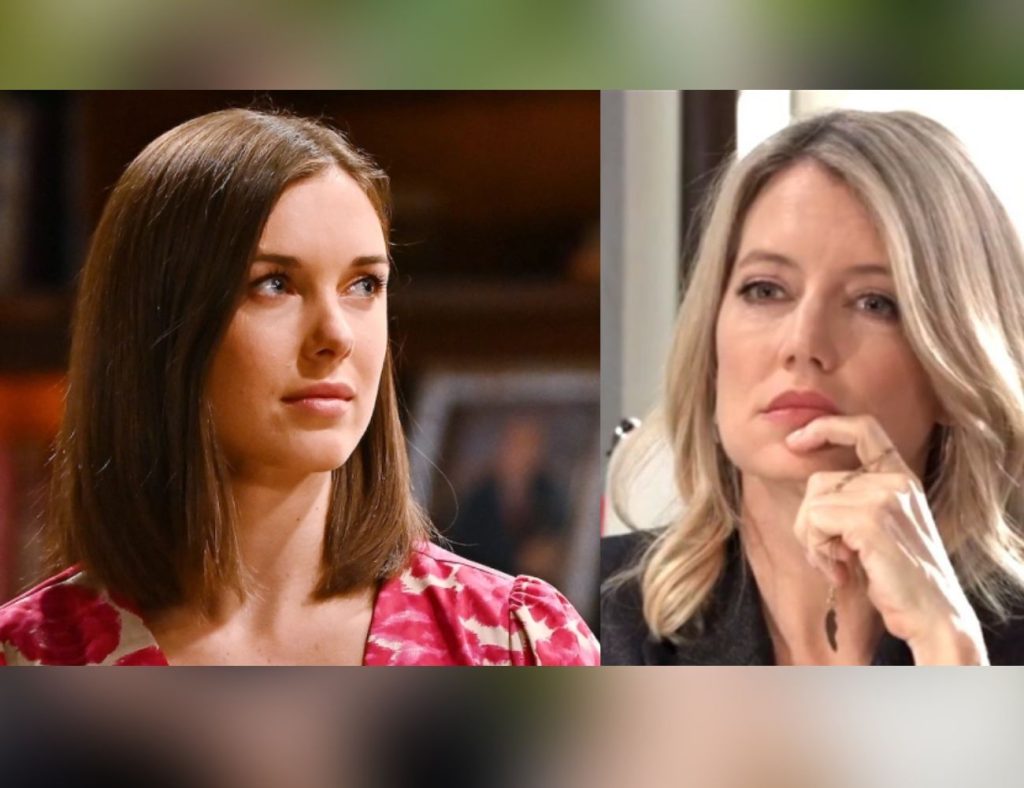 General Hospital Spoilers: Nina And Willow’s Connection Is About To Be EXPOSED, and [LIKE THIS]

One of the biggest secrets looming over the town of Port Charles on General Hospital is hiding safely in Carly’s back pocket. It has been a while since Carly first found out the truth about Nina being Willow’s mother. However, she chose to keep the truth a secret since she knew Willow would not want to ever be related to Nina. Let alone accepting her as her bio mom! All of it was well and fine until Willow took ill with Leukemia. Thus, finding herself in dire need of a bone marrow donor. And who could be the best match? A bio relative, obviously!

When the truth came out of Willow’s ill health and her need for a donor, Drew set out on a mission to track down any living blood relative Willow might have. Carly, however, keeps throwing wrenches in his engine on his quest. Not wanting the secret to being exposed. But, the latest General Hospital news suggests that a new character is about to enter the ABC soap. And Drew will get some much-needed RE AL help in his efforts to find Willow’s relatives. Spoilers suggest that actress Alice Rietveld will be playing  Denise Makenzie, who will propel Drew to discover the truth about Nina and Willow.

We wonder what this would mean for Carly, though, on General Hospital. When Carly first found out about the truth from Harmony, she decided to keep everything a secret. Carly stole Willow’s toothbrush to run a DNA test with Nina’s sample. A sample Carly attained by stealing Nina’s glass. She thought that if the test comes back positive, she would do the right thing. However, later after learning that Nina is indeed Willow’s mother, she lied to Drew. She told him the test came back negative.

Drew had sworn his undying, unwavering support to Carly on General Hospital. However, he did mention that it comes with the condition that Carly wouldn’t do anything that he vehemently disagrees with. We wonder how he would react when he finds out that Carly had been lying to him all along. In fact she had been setting him up on a wild goose chase by constantly derailing his search attempts. It would be interesting to watch how Denise would fit into the scheme of things. And what role she would have in the revelation and the aftermath that will follow.

Do you think Drew will forgive Carly for lying to him and deceiving him? The other players in this particular storyline, Sonny, Nina, Michael and Willow will also have a lot of questions for Carly. Looks like Denise is about to land Carly in a real tough spot. Stay tuned to ABC over weekdays to find out what happens next in Port Charles on General Hospital.