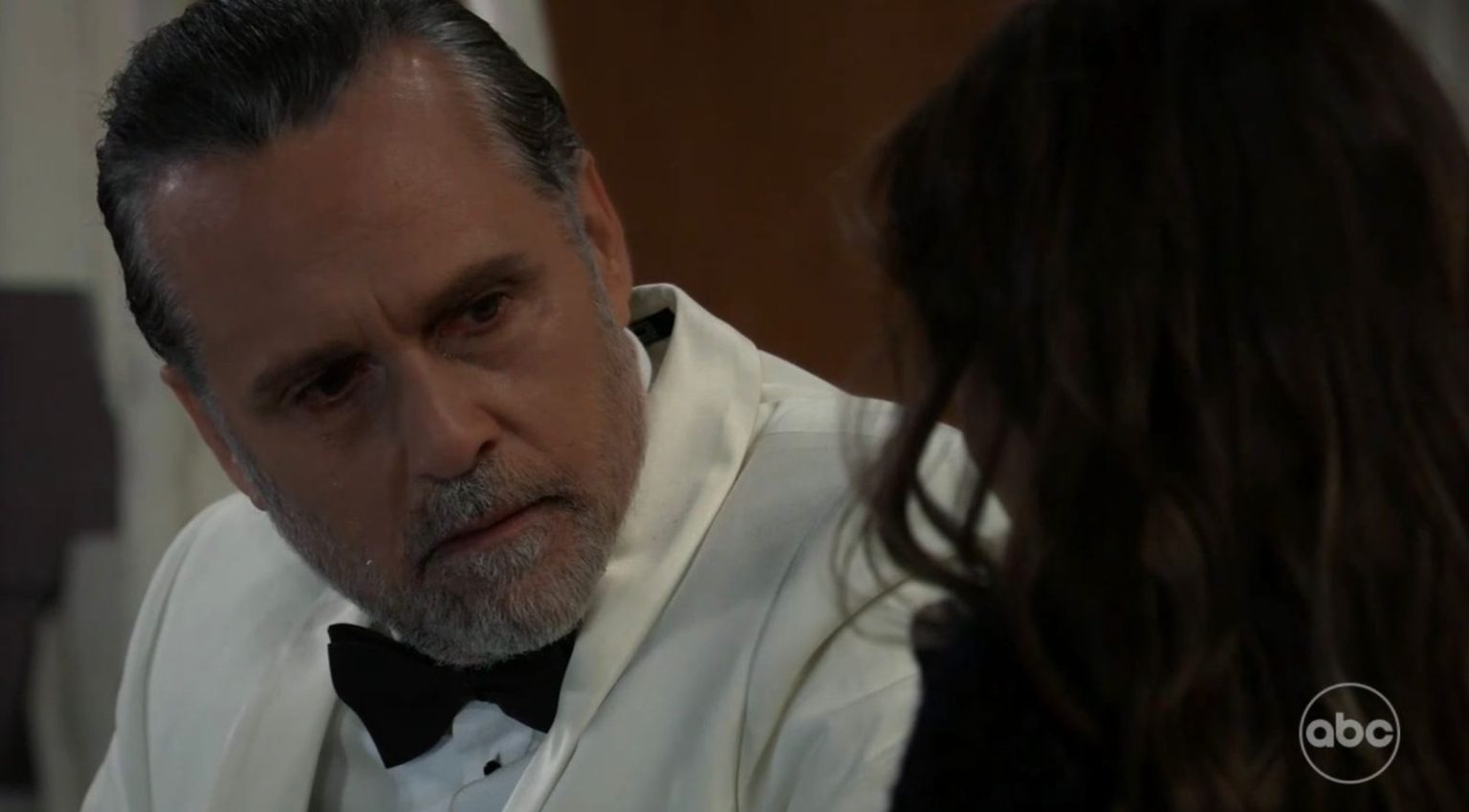 General Hospital spoilers for February 9, 2022, reveal that Sam will speak to Dante and tell him that she wants a future with him. Carly will run into Drew and tell him everything that has been happening. More spoilers suggest that more PC residents will come to know about Louise’s kidnapping and they will get worried.

Nina and Sonny will become each others’ rock and will work through everything. Rounding off the spoilers is Peter, who will make yet another unforgivable move. What would he do? Here is all about it.

General Hospital spoilers suggest that Sam will assure Dante is the one she wants her future with. Now that she has talked to Drew about everything, she’s ready to move forward with Dante. So they can focus on their future. However, she still has some lingering feelings for Drew. But she has decided that she only wants Dante in her life as of now. Therefore, things will heat up between this couple in the upcoming episode.

While Drew accepted Sam’s side and respected her decision, he is still upset over it. He will also run into Carly and will want to know all the details about what happened between her and Sonny. General Hospital spoilers tease that she will tell Drew everything that happened at The Haunted Star. She might fill him with the details that her marriage with Sonny is over. He did something that he can never take back. So, Drew will try his best to support and comfort Carly.

On the other end of town, Laura Collins’ theories will come true when she comes to know all the facts from Anna. They will come to the conclusion that Victor Cassadine might have helped Peter to escape. Hence they will think of putting a man-hunt on Victor too.

While Anna and Laura make this decision, Maxie will wonders how Peter connected the dots that Bailey Quartermaine was Louise August. Austin will then tell Maxie that he could be the person to be blamed.

General Hospital spoilers for February 9, 2022, reveal that Austin will admit that he might have told Victor and helped him figure out things for Peter. Austin will accept that he made a huge mistake and apologize to Maxie. But it seems she won’t hold any grudges. After all, she didn’t tell him all the facts. Further, he will console Maxie while she worries for her kid, Louise.

Speaking of the whole Louise situation, General Hospital spoilers suggest that Britt and Liesl will also come to know about the whole situation. Liesl will get worried and will most probably then put a vengeful plan against Peter in motion. Not only this, Maxie will even talk to Dante and Anna and tell her that Nina knew everything. However, she will assure them that Nina hasn’t told anyone anything.

Then, Nina will also get to know the updates and confirm that she indeed kept the secret a secret. However, she will also wonder what good did it do to anyone? She will tell Sonny everything about it, and he will console Nina.

Sonny understands that sometimes you have to keep secrets, especially when your loved ones are at risk. So, he will be there for Nina. As for Sonny’s marriage situation, Nina will not know what she must tell Sonny. She will point out that they have more important things to worry about right now.

Back to Peter, he will come up with a deceptive plan. General Hospital spoilers for Wednesday, February 9, 2022, suggest that Kevin will leave Charlotte’s home. He’s dumb enough to leave her alone, especially when the killer roams freely. He also allowed her to open the door for a pizza. So, Peter will use this and think of it as a chance to kidnap Charlotte. He needs leverage against Victor. So, he will think that Charlotte can be one.

Peter will then warn Victor that if he does anything to him, then Charlotte will also face the consequences. In the upcoming episode, he will negotiate with Victor. But what will Victor do? Meanwhile, Kevin, Nina, Dante, Anna, and Laura will figure out that Charlotte is missing and will quickly start their search. Will Charlotte be okay? How will things move on from here? We will have to wait to know. General Hospital airs on ABC all weekdays. So, make sure you tune in and enjoy.