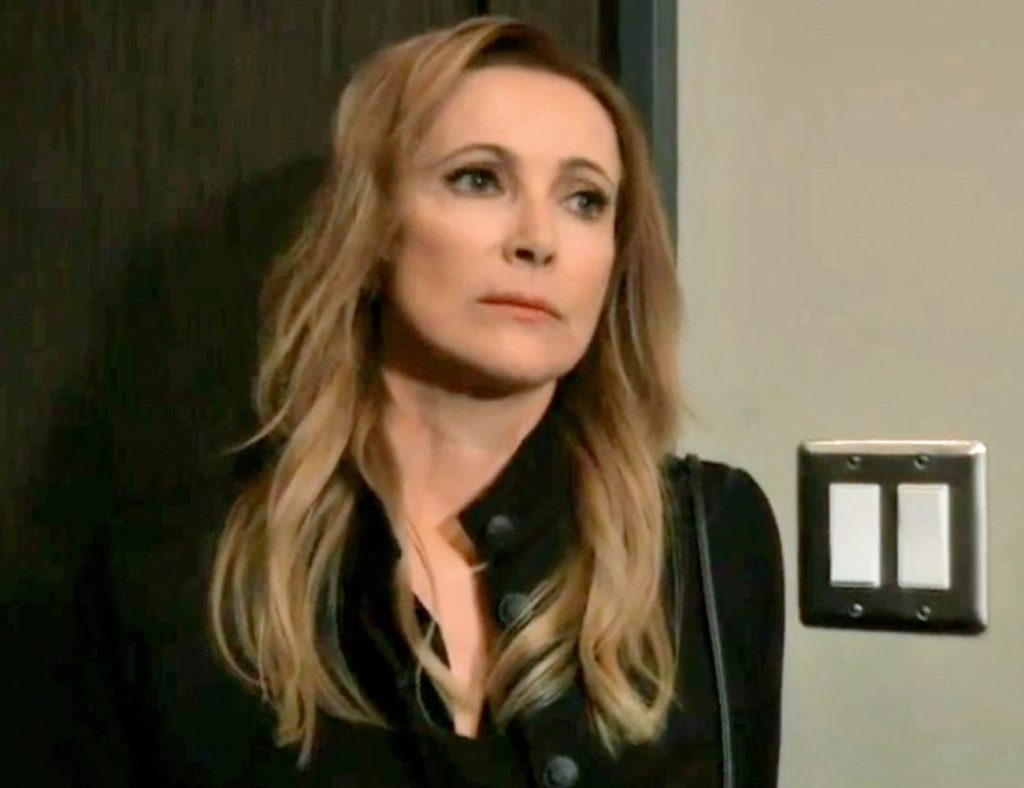 Holly rose like a Phoenix from the flames of the aftermath on the November 30, 2022, episode of General Hospital and vanished into the dark night. After two years of a long wait, actress Emma Samms returned to GH and reprised her role of Holly Sutton. Fans and Port Charles citizens were over the moon to have their beloved Holly back. Especially Robert Scorpio. However, it seems as enjoyable as her return was, it was rather short-lived. So, was it REALLY goodbye when she and Robert exchanged the emotional farewell? Keep reading to find out!

Actress Emma Samms return as Holly on General Hospital was put on hold due to her dealing with Long Covid. Her health made it difficult for her to travel from her home in England all the way to the ABC studios for the shoot. However, after an extended gap of two years, Emma felt recovered enough to be manage a short stint on the soap. In a chat with Soap Opera Digest, Emma praised and thanked GH’s executive producer, Frank Valentini, for making it possible.

“Not many people would have a boss as good as he is,” Emma shared. The General Hospital star gushed about how accommodating he was all through the process. She shared that he made her feel that her health was more important than any show, even his own. Emma spoke about the relief she felt when she saw how strictly the production was still following all the COVID norms and protocols. It made her feel safe and comfortable working. “Frank is looking after his people.” she declared.

Will Holly Return To General Hospital?

Furthermore, Emma shared that even though her stint was a short one at General Hospital, this time around, she was thrilled by it. “It was the most fun, most exciting, most well-written” storyline, she pointed. Talking about her return to the soap, Emma thinks the makers have left the perfect door open for her return. Everyone believes that Holly got caught up in the fire. Thus, she is now free of Victor’s clutches. So if actress Emma Samms chooses to return for another round of shoots, they can definitely pick up the story from there.

We would love to see Holy return to General Hospital to avegnge revenge on Victor. Moreover, a storyline where she saves her son Ethan from Victor’s evil claws would a great watch too! What do you think? Would you like to see Holly return back to Port Charles soon? Please share your views in the comments. Meanwhile, stay tuned to ABC over weekdays to catch the next episode of your favorite soap, General Hospital.