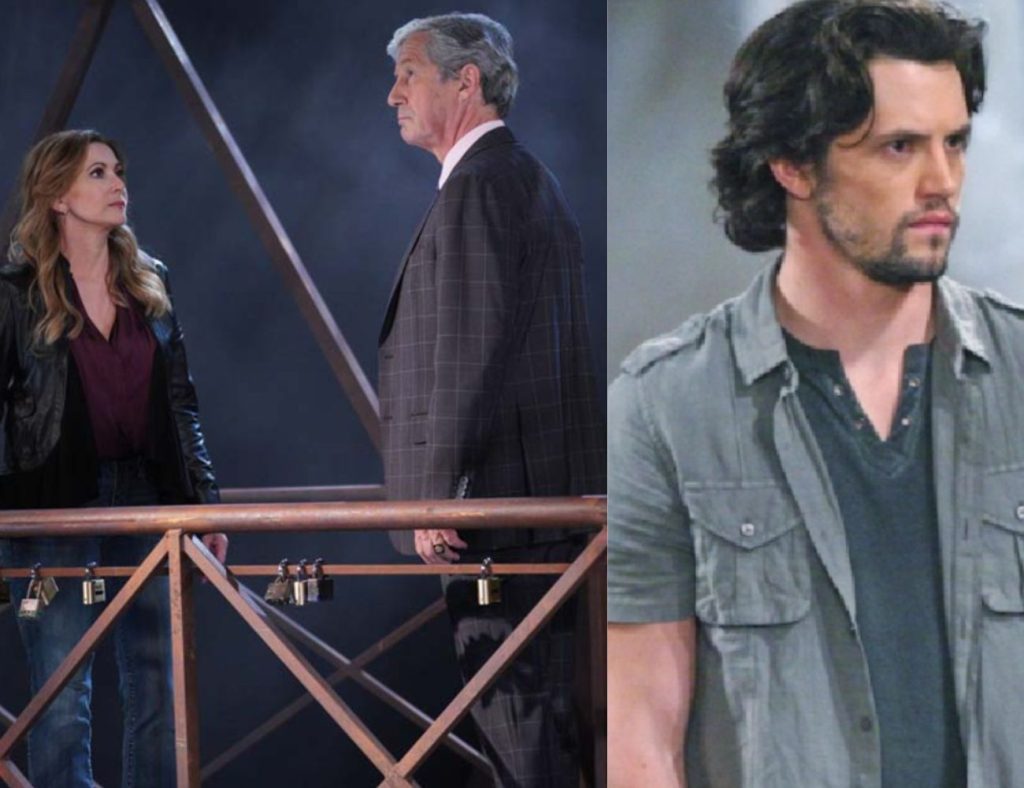 General Hospital can do a whole spin-off on kidnapping by Victor Cassadine! The evil mastermind gets a special kind of kick in holding people hostage. Or perhaps, it’s bending the hostage’s loved ones to his bidding that is what gives him the kick! Whichever the case may be, he is doing it AGAIN! This time it’s freshly returned Holly Sutton who is at the receiving end of the blackmails. Meanwhile, Holly’s son Ethan’s life hangs in the balance! What is Victor up to? Let’s find out!

Victor Blackmails Holly Into Being His Accomplice

As tortured as Holly looked manipulating dear ol Robert, she did it anyway! Ever since she has returned to Port Charles on General Hospital, she has been acting fishy. Her back-story of being held captive for two years is just not adding up to her changed behavior. However, it is now abundantly clear that she is in cahoots with viscous Victor! She diligently put Robert’s ph one on DO NOT DISTURB mode, ensuring Victor’s plan

of entrapping Anna pans out seamlessly.

Later, she reported over the phone all of Robert Scorpio’s activities to someone on the other side. It’s easy to assume she is reporting to Victor! After all, he made it clear to his attorney that he brought Holly back to Port Charles. Victor also assured him to rest easy as Anna and Robert are going to be too busy to bother him. Hence, gives us a solid hint that he is definitely involved in both plots. Although, there is still the question of why Holly would help Victor. We may have the answer to that! Keep reading!

Holly’s face while reporting Robert’s activities on the phone was an unmistakable shade of torture. It was clear she did not want to be doing what she was doing! So then, why was she doing it? The answer is simple! She’s being forced, blackmailed perhaps! And what’s the easiest way to blackmail someone? Snatch something they love and hold it hostage! Can you connect the dots now? Yes! Victor is doing what he loved doing the most! Kidnap people, then blackmail people! The man is so vile he even kept his own granddaughter, Charlotte, hostage to control Valentin.

Although, being a Cassadine child ensured Charlotte’s safety. Unfortunately, Victor’s latest hostage does not have that privilege. But who is that hostage? Holly’s son, Ethan, of course! This is the most acceptable explanation for Holly’s acts. Victor brought back Holly to Port Charles, effectively planting her back in the residents’ lives. Then, he abducted Ethan and is now blackmailing Holly with Ethan’s life to get her to do his bidding!

Of course, poor Holly has no choice but to abide by Victor’s orders. However, it would make so much more sense if she comes clean to Robert about her dilemma. He can help her get Ethan back. Don’t you think? Or are we getting ahead of ourselves a bit? Guess we will have to wait and find out what Holly chooses to do on General Hospital next!