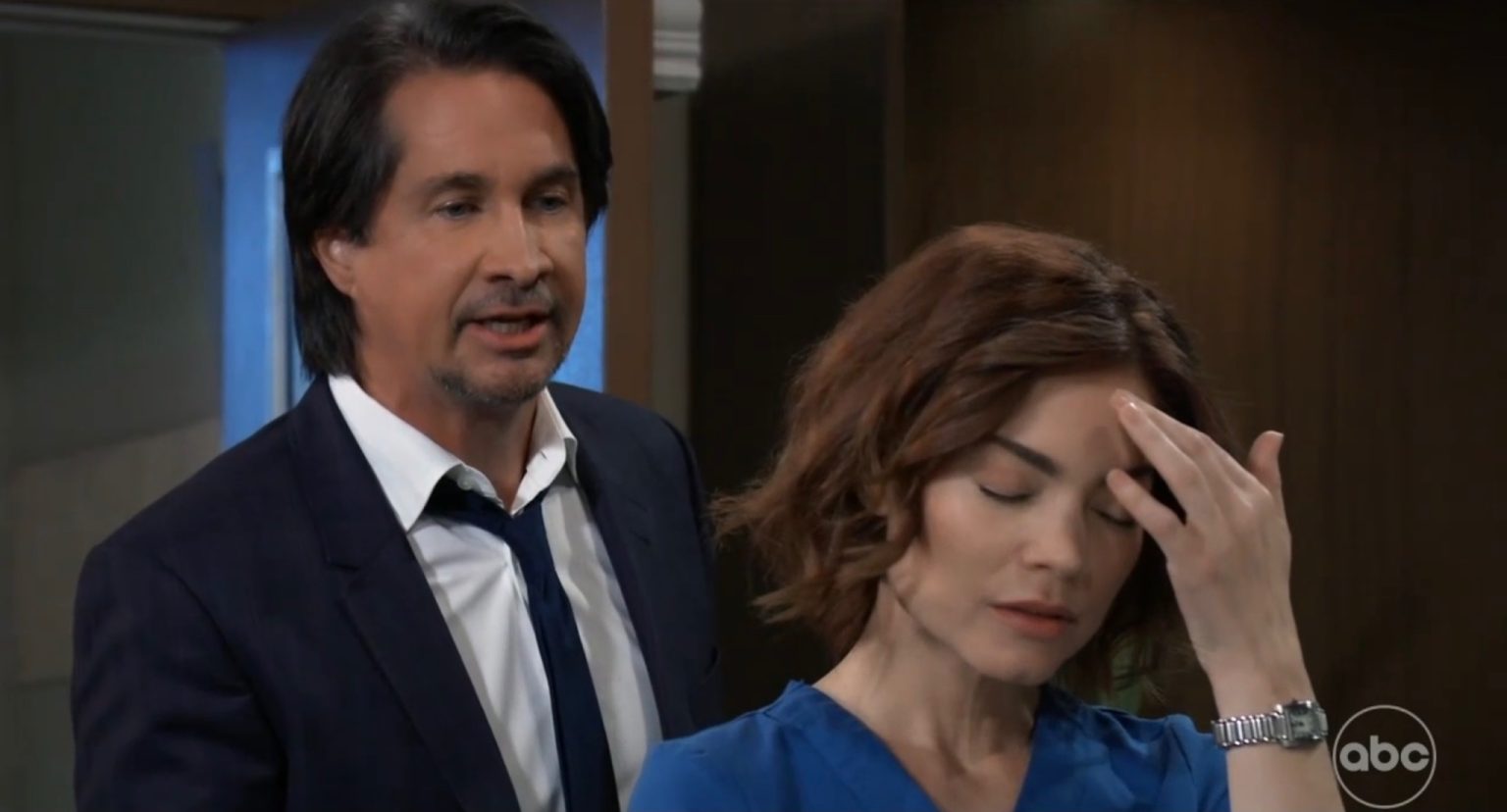 General Hospital: The Key To Elizabeth’s Past, Who Plays Finn’s Wife On GH?

General Hospital viewers have been on a bumpy ride for a while now. With most of the characters battling stormy waters, the soap is quite an intense watch! One such ongoing storyline is that of Elizabeth! From being stalked by a mystery figure to having a mental illness to now having a possible visitor returning from the land of the dead! Phew! Merely chalking it out is making us sweat! We wonder how dear Elizabeth is going to keep up with what’s coming!

Previously, we saw Elizabeth living in terror of all the spooky activities going down around her. She was being stalked around town. Seeing shady figures in the dark and finding her dresses torn up and stuff misplaced! She had all the reasons to fear for her life. However, it was soon revealed that the only thing stalking Elizabeth was her own past!

Much to the shock of General Hospital viewers and Port Charles citizens alike, Elizabeth was revealed to be suffering from a personality disorder. There never was any paranormal force or a mystery person behind all the seemingly eerie activities happening around her. The dissociative personality disorder was responsible for Elizabeth subconsciously doing the acts herself and then not remembering them at all.

Recent General Hospital episodes revealed that the reason behind Elizabeth’s personality disorder stems back to her childhood trauma. She grew up in a broken family. Living out most of her years with her grandparents, while her parents lived in a different city.

However, now Elizabeth is finally taking therapy to get past her deep-rooted traumas and move toward a better and healthier life. In one such therapy session on General Hospital, involving Hypnosis treatment, she gets a vision of a woman from the past! Later, through the help of a sketch artist, Elizabeth is able to bring the face to life on paper!

Back From The Land Of The Dead!

Now, if you thought all this was intense, wait till you hear whose face Elizabeth has had sketched! It is none other than Finn’s first wife, Reiko! Sorry, correction, Finn’s DECEASED first wife. For the uninitiated, Finn is Elizabeth’s current love interest. This is so mind-boggling! What connection can Finn’s deceased wife have with Elizabeth’s past

? Is she really even dead? Well, according to Finn, she indeed is very much dead. Apparently, Reiko succumbed to Blackwood’s Syndrome. She became exposed to it while Finn was researching to find a cure for the disease. Which he later did in memory of his deceased wife.

However, this all happened off-screen! So, the possibility of us seeing Reiko on General Hospital now are plenty. Although, it’s too soon to say whether she will be back in the flesh or just in flashbacks or dream sequences. We will have to wait and find out!

If you caught the scenes of Finn staring into Reiko’s photograph, there is a fair chance you may have recognized the actress! Mele Ihara played a small but key role in the critically acclaimed NBC series, The Good Place! And, now, there is a huge possibility of seeing the talented actress playing yet another key role in General Hospital!

We are so intrigued to find out what could be the connection between Elizabeth’s family and Reiko. Does Finn, too, tie up in all of this somehow? Has Reiko’s death anything to do with Elizabeth’s past? And, the biggest question of all, Is Reiko REALLY dead? We can only find out the answers in the future episodes of General Hospital! So do not forget to tune in! Meanwhile, if you have any theories of your own, please share them in the comments!