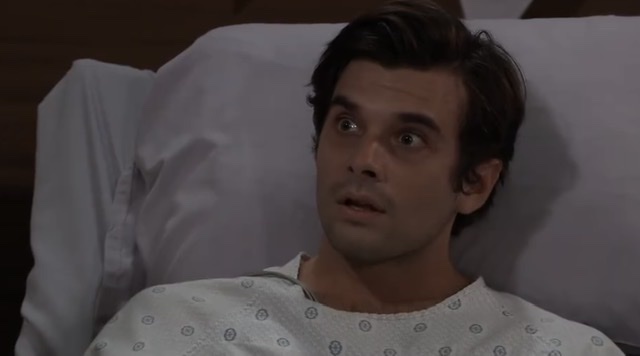 General Hospital Two-Weekly Spoilers: Chase Comes To Know About The Cure, What Will Happen With Michael And Willow?

The latest General Hospital Spoilers for the upcoming two weeks reveal that viewers are in for some hot sizzling drama. Starting off the week of June 21-25 will be Michael and Willow, who will have to make yet another sacrifice. Then, Maxie and Brook will have a face-off, and Nina will feel guilty.

Then, as we move into the week of June 28-July 2, Valentin and Anna will change plans. Nina will make her stance clear, and Jason will make a decision. What could that be about? Keep reading to know.

As fans are inching towards the week of June 21-25, they will see Willow and Michael facing yet another obstacle when it comes to their future. Willow recently got married to Chase, thinking that he will be gone soon. However, General Hospital spoilers reveal that Willow and Michael will get a huge surprise. It looks like Finn will come up with the cure to keep Chase alive, and he will be thrilled. Likewise, Chase will be ecstatic with the idea of spending his life with his newly-married wife Willow, who is in love with Michael. But how will Willow and Michael handle this? We’ll know soon.

As we move ahead in the week, Maxie will get into a fight with Brook Lynn. Brook had warned Maxie to stay away from the child. Lately, when Maxie told Brook that she wanted to see baby Lou, Brook convinced her to stay away. However, it looks like Maxie will go against her partner’s wish. She will visit the Quartermaine mansion, where Brook will catch her.

And this will lead to a face-off between the two women. Spoilers reveal that Brook will remind Maxie about what’s at stake. More related spoilers suggest that Anna and Valentin will change their plans. Now they will be looking for missing Louise instead of Peter. That will make Brook really nervous because Valentin is now searching for a child that is right there in their home.

On the other end of the town will be Nina, who will feel really guilty. She will spot Michael at the cemetery where he will be talking to dead Sonny and other deceased members like Morgan Corinthos and Mike Corbin. And when Nina witnesses this, she will start feeling uncomfortable.

She knows Sonny is well and alive in Nixon falls. In fact, she is the one keeping the secret. So, she will not feel good about it. More Nina-related spoilers suggest that Ava will catch up with Nina in the week of June 21-25, where they will discuss the new man in Nina’s life. Will Nina hint Ava who this person is? Meanwhile, Ava might also tell Nina about the stalker details she has been dealing with.

As we roll into the week of June 18-2 July, Anna and Valentin will be stranded as they hunt for Baby Lou. But it will undoubtedly bring some intimate moments for the two of them. Fans are well aware that Valentin and Anna share an intense bond, and there will be potential passion.

Ahead in the week, Britt will have a heartfelt conversation with her mother, Leisl, and then she will turn to Brad. Spoilers suggest that she will open up to Brad and hope to get some support. It looks like Britt will arrange a visit to General Hospital for Brad once again.

General Hospital viewers will get to see some fun parties as graduation is coming up in Port Charles. Speaking of graduation, spoilers suggest that Josslyn Jacks and Cameron Webber will fight and that will end up with the two of them trying to clear the air between them. So, we can hope that the two of them will be solid once again.

General Hospital viewers know that ever since Jason came back to Port Charles, there has been some power struggle, as Brick recently said that Carly and Jason would have to decide who will lead the Corinthos Organization. Now, spoilers for the week of June 28-July 2 reveal that Jason will find himself in a position where he will have to make a tough decision. This could have something to do with who will be in charge of Sonny’s organization. Will situations get tense between Carly and Jason? Only time will tell.

On the other end of the town will be Nina, who will find herself struggling with the realities of Port Charles. She has been living in a dream bubble in Nixon Falls. She had also dreamt of a future with Sonny. However, now that she is back home, she will realize how messed up this all is. More Nina-related spoilers suggest that Nina will also speak to Jasper “Jax” Jacks” and make her stance clear. She will make it clear that she isn’t interested in any romantic relationship with him.

Shawn Gets Closer To Freedom

Rounding off the week of June 28- 2 July will be Shawn Butler, who will take another step towards his freedom. TJ Ashford and Molly Lansing-Davis will visit him. And thanks to the records Molly got for Alexis, they will be able to find a way. TJ and Molly will be heavily involved in trying to free Shawn.

Will Shawn get out of Prison? Will the truth come out? We will have to wait to see. Some hot and sizzling drama is coming up on the soap opera. So, make sure to tune in and enjoy. General Hospital airs on ABC all weekdays.