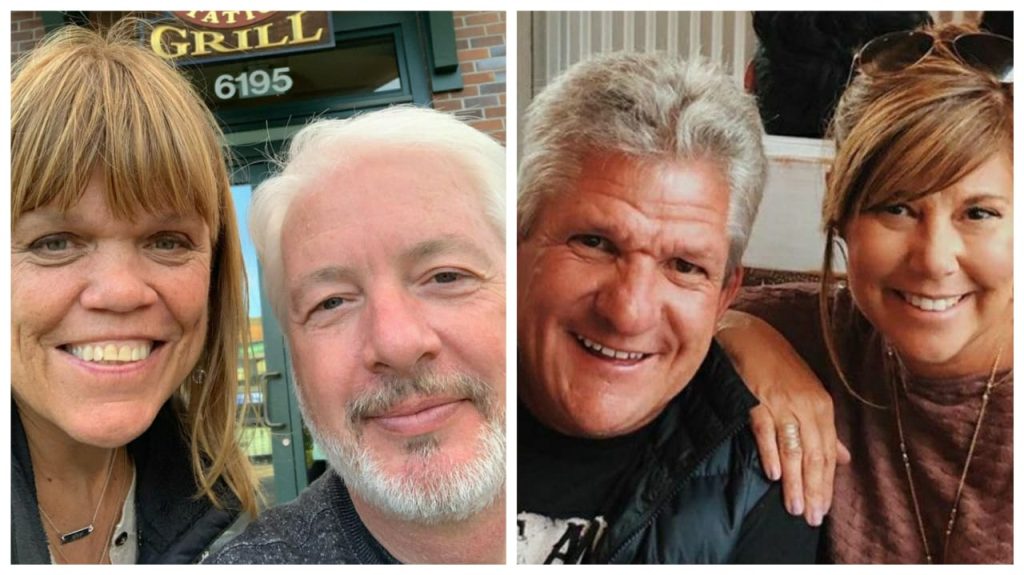 In one of the initial episodes of Little People Big World Season 22, Matt proposed the idea that his ex-wife Amy and her fiance Chris Marek should get married at the farm. While Chris sort of liked the idea, the LPBW mom had many reservations about it. The topic became pretty controversial for TLC viewers as they all had very contrasting ideas. After much thinking, the soon-to-be-married couple has finally made a decision. Hence, here’s all you need to know about it.

The farm has been the dream location of all Roloff kids as they all were excited to get married there. Now, it seems like one of their parents will also join that list. Back in the day, in a previous episode, Matt Roloff offered Amy and Chris to hold their wedding at the Roloff farms if they like. Well, his ex-wife was quite bitchy about it, and fans practically hated her reaction. However, Chris was pretty interested in that offer and was looking forward to convincing his future bride.

Well, it seems like that worked. In the latest sneak peek by People, we see the couple actually thinking about choosing the farm as their wedding venue. Chris and Amy sat down with Matt and his girlfriend Caryn Chandler to discuss their wedding date and venue. Amy revealed that she and her fiance have decided that they’ve kept the farm as their “Plan B” for the wedding, in case they don’t find a better location. Thus, Amy discusses with Matt and makes sure that he wasn’t doing anything on the farm that day. She “whatever you’re planning, don’t plan it for that weekend,” so that two events don’t overlap on her wedding day.

They also discussed the date on which Amy will walk down the aisle, i.e., August 28, 2021. Hence, even though it’s their backup plan, but the couple has finally decided to keep the farm as an option. Besides, they will probably choose the spot where Matt and Amy’s daughter Molly Roloff got married on the farm.

Even though Amy has agreed to accept Matt’s offer, she still has some reservations about it. In the video, Amy says to the camera that she’s glad that her ex-husband offered her the farm to get married because it’s a beautiful location. Matt even said, “There’s no rules, no anything,” so that it’s more comfortable for the soon-to-be-married couple. However, Amy hardly believes that. Well, she had been married to him for 30 years and presumed that her ex-husband might bicker her during the preparations.

Amy said, “there is that uncertainty,” related to Matt’s promises. Whereas, she believes that he might say things like, “Well no, that’s not gonna happen, Amy. I don’t want that here.” The Little People Big World mom is afraid that the situation might become “a little awkward, a little stressful” if Matt goes back on his promises. We can’t say if she’s right or not, but fans previously said that she should be grateful that her ex-husband is giving her such a generous offer. Well, we might have to wait to see what actually happens on Amy and Chris’s wedding day.

What do you think about the same? Do you think it’s the right decision for Amy to get married at her ex-husband’s farm? Share your opinion in the comments below and keep coming back for more details on the topic.