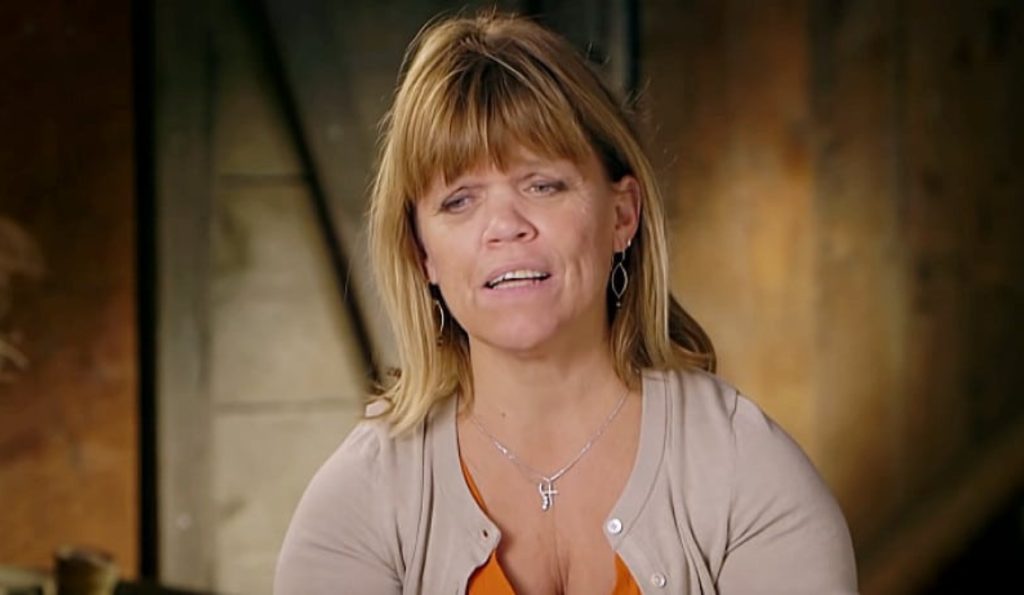 The Little People Big World ex-couple Amy and Matt were the leads when the show started. However, because of several ups and downs, the couple decided to part ways and discontinued their marriage of 27 years. Till the Roloff feud, the exes were on good terms. But after Matt’s controversial behavior regarding the 100 acres farm, his ex decided to be on her children’s side. He didn’t let his own kids have it. Instead, he put it up for sale in the market. Recently, the 60-year-old star, Amy Roloff, broke into tears because of her past traumas in life. To know more, keep on reading.

The Little People Big World star Amy decided to remarry after parting ways with Matt Rol off. The 60-year-old tied her nuptial knot with Chris Marek and is leading a life in peace. However, recently the couple had an argument that pricked the matriarch’s past trauma and wounds. In the latest episode, Amy and her hubby Chris were discussing the master plan for planting their herb garden

. Apparently, Amy couldn’t understand the plan in the first place, so Chris had to repeat it, leading to an argument. However, Marek accepts that the couple, at times, are apples and oranges, yet they come to a mutual conclusion.

However, the argument dug out Amy’s insecurities. She accepted that she is a bit more sensitive toward everything. Apparently, the star, throughout her life, tried to meet other people’s expectations. Amy accepted that these things came into her marriage with Matt. The 60-year-old added that there were times she didn’t feel well supported and encouraged in the marriage, and it definitely deflated her. The star with teary eyes accepted that a part of her struggles internally. The matriarch accepted that there are moments that go back to her childhood. However, she is happy that Chris thinks she is good enough for him.

Little People Big World: Amy Is Happier Than Ever With Chris

The Little People Big World fans were really happy when Chris consoled his wife after her breakdown. He accepted that Amy was ‘more than good enough’ for him. It was pleasing to watch the couple work things out together. Even during their argument, Chris’s efforts to de-escalate the fight were evident. Fans feel that the 60-year-old star is finally in a happy marriage and is living her life. Amy never fails to share her pictures with Chris on social media.

Recently, she took to Instagram and shared a snap from her date night with Chris. The couple grinned at the camera for the selfie. Not only this but in several cookery videos of Amy, the patriarch is also featured at the end. It purely reflects the understanding and bond the couple shares. Even fans have noticed Chris’s concerns regarding his wife’s kids

. In a recent episode, the patriarch asked about the well-being of the Roloff kids and was concerned about how they were dealing with the situation. Fans feel that though Chris is not their biological father but shows more affection than Matt. Keep coming back to TV Season & Spoilers for all the latest Little People Big World updates.