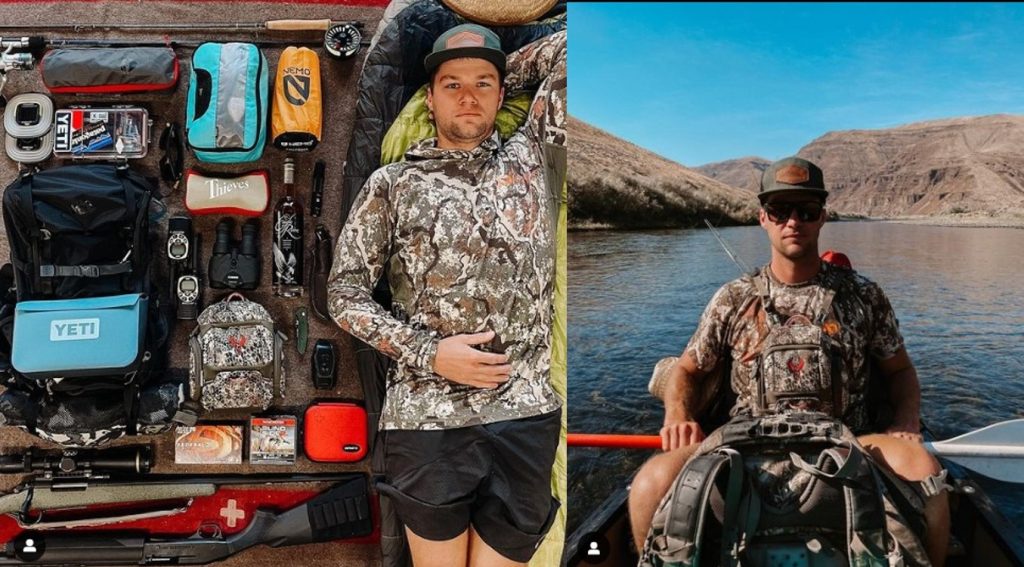 Death Escape. The Little People Big World star, Jeremy Roloff, is an ex-cast member of the popular series. It’s been a while since Jeremy and Audrey have been spotted on the show. Recently, Jeremy Roloff decided to take a break from his normal life and go on an adventurous trip with his mates. The trip was preplanned and was supposed to end on a good note. But as they say, things dont always happen as we plan them! A life-threatening incident took place on the trip, eventually forcing the mates to wind up their trip at the earliest. To know more about this, keep on reading.

Little People Big World: When Trying To Hunt A Lion, Jeremy & His Pals Get Hunted By It Instead!

The Little People Big World star Jeremy was first featured on the show as a teenager. The show documented the star’s growing up phase till he found his better half, Audrey. The season featured the couple’s first child’s birth as well. After that, the couple decided to withdraw from the show as they intended to keep privacy over fame. But they never fail to entertain their audience via their social media handles. Jeremy recently decided to go on an adventurous trip, but things didn’t go as they had planned. Tom Baker, who happens to be one of his trip mates, took to Instagram and gave a detailed explanation of the incident.

Jeremy planned to go on a six-day trip to Central Oregon of 44 miles. Their main aim was just to hunt fish and tell great stories, but it happened vice versa. Instead, they were about to get hunted! Basically, their canoe bumped into a rock when they were in a water body. Apparently, because of this, all their equipment was drowned! They ended up hiking for around 10 miles just to reach a near place for shelter.
Meanwhile, they also spotted a Lion and tried to chase it but lost it somehow. Apparently, it was good for them as there is a possibility that it could have been chasing for them! That’s how they had to call their six-day trip off in just two days and return to their families. The group surely had a good survival adventure this time around

The former LPBW star happens to ditch his family just to go on a boys’ trip to hunt with them. Maybe his wife Audrey took it casually and didn’t mind it, but their fans weren’t happy about this decision. Many fans even took this matter to Reddit and discussed it strictly.

Fans feel that the couple has not been on good terms with each other for a very long time. Maybe the bathroom renovation issue acted as a marriage cracker for them. The viewers also noticed the couple making mean comments indirectly about each other on social media, which created suspicions amongst the viewers! Yet non of them have officially confirmed anything regarding this issue. Keep coming back to TV Season & Spoilers