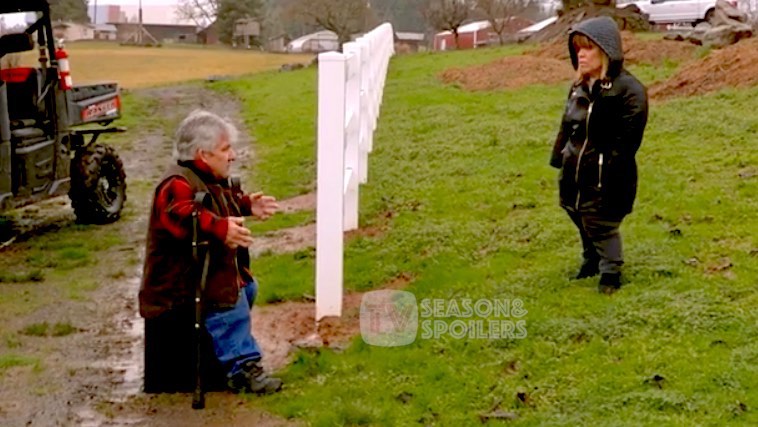 The Little People Big World storyline and the lives of the Roloff family entirely changed in the last few years. It all started with Matt and Amy’s divorce and some of their kids stepping off the TLC show. Now, the two central stars of the show have been living separate lives with their new partners. Well, there’s no doubt that the two of them are doing much better now and have been a lot happier than ever before. However, amid all this, the Roloff farm was the only thread that was keeping them tied. Now, Matt has officially cut off her ex-wife from his business entirely. Here’s more to know.

Everybody already knows that Matt somehow convinced Amy Roloff to sell off her shares of the Roloff farms to him. The LPBW matriarch had already sold a portion of the property to her ex back in 2019. Aside from this $667,000 portion, Matt demanded her ex-wife to give up all of her remaining shares at once. It was initially hard for Amy but after plenty of fighting, screaming, and bickering, the Roloff patriarch managed to get his way. As a result, Amy backed the deal of around $975,000 for her shares.

However, even though she sold off her shares to her ex-husband, Amy was still named as the secretary of Roloff farms on paper. Now, Matt has removed the last string as well. As per a report by TheSun, Amy Roloff does not have any right over her ex-husband’s farm. Previously, she held the position as secretary of the business for Roloff farms’ annual reports in 2017, 2018, 2019, and 2020 as well. Now, Matt filed an annual report for the year 2021. But, it was only him who was listed as the president and also the secretary of the business.

The report was filed back in February this year, which aligns with the timeline of the current season. So, we might get to watch this segment sometime in the upcoming episodes of Little People Big World.

Little People Big World: What Is Amy Doing After Selling Off Her Shares To Matt?

The LPBW viewers got to see the negotiation of the property between Matt and Amy on the earlier episodes of the current season. So, now, Amy does not have any right over the Roloff farms anymore. It is supposed that Amy used some of the money that she got from Matt to buy her new house. In fact, we even got to see her moving into the new house with her fiance Chris Marek in one of the recent episodes. Aside from the money used for the house, it is not clear if Amy has invested in anything else.

There were rumors around the internet that Amy might invest her money in her own business. The television celebrity runs Amy Roloff’s Little Kitchen, which is an online shop that sells food products like fudge, cakes, and others. This business also blogs some of Amy’s recipes, which are also presented on her youtube channel and social media accounts. The popular Little People Big World star has also written a couple of books, out of which, her memoir, A Little Me, became quite popular.

Amy also ran a Charity Foundation, which was eventually shut down in 2020. As of now, her future investment plans aren’t very clear. However, fans are speculating that she might work with her realtor fiance once they get married. These speculations are yet to be confirmed, so we’ll have to wait to see what happens next in the LPBW star’s life. Do you like Amy Roloff? Who is your favorite amongst Matt & Amy? Tell us in the comments below and stay tuned to TV Season Spoilers for all Little People Big World news updates.