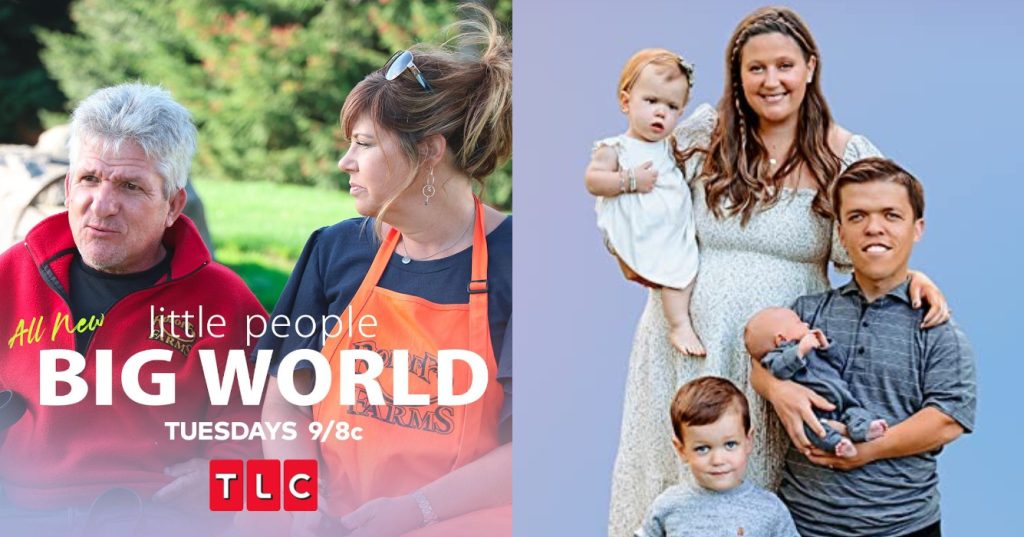 LPBW: All Reasons Why The Next Season Could Be The LAST Ever!

The Little People Big World family has grown over these 17 years. At first, Matt and Amy Roloff brought their stories forward with their four kids. But the times have changed now. Most of the Roloff siblings are no longer in the show. Zach is the only one who continues to stay in LPBW with his wife and kids. Even Matt and Amy Roloff got a divorce and are with different partners. The last few seasons have been showcasing the strains among the Roloffs, and the audience is getting tired of the monotonous drama. Hence, speculations suggest that the upcoming season will probably be the last. TV Seasons & Spoilers is here to list out all the reasons why.

1. Matt Roloff & Caryn Chandler Are Moving Away To Arizona!

Apart from providing updates from their life through the show and their social media, Matt Roloff revealed some titbits from the Pumpkin Season last year. The fans who got the chance to go were the first ones to break the news about Matt’s big house turning into a short-term vacation rental. Back in October, the star also revealed that there had been no renewal announcements regarding LPBW Season 25. Yet, he was positive about doing the show again. But his girlfriend, Caryn Chandler, felt otherwise. Some sources revealed that the negativity towards her from the fans had taken a toll on her.

Hence, Caryn Chandler won’t be appearing in the upcoming season if there is going to be one. The same source also stated that she and Matt are going to move to Arizona soon in their house in Surprise. As both these cast members won’t be there on the farm in Oregon to film for the new season, chances are that there will be no more seasons to add to the show.

2. Amy Roloff Focusing More On Her Cooking Videos! Alternative For Not Starring In LPBW Anymore?

There is so much more to Amy Roloff than just being a reality TV star. Owing to her popularity after starring in LPBW, she has released cookbooks, given Ted talks, and is a businesswoman too. The castmate also uses her Instagram handle to tell fans about all her interesting recipes and even cooks for them in front of the camera. Lately, Amy has been putting up a lot of cooking videos on her social media. Therefore, fans began to speculate that the star has been looking for an alternative to support herself financially if her show, Little People Big World

, comes to an end. While she has not yet confirmed a cancellation or a renewal, fans have deduced that her focus on cooking videos gives it away that her reality show will conclude soon.

3. LPBW Stars Zach & Tori Confirm Their Time Is Coming To A ‘Close’!

Zach and Tori are the headliners of Little People Big World. In fact, many fan state that they and their adorable kids are the only reason they watch the show. However, things haven’t been looking good for them either. Last month, Tori asked her avid fans to send in their questions about her, the show, and even her family. So, a follower was curious about how long will her family continue to film for LPBW. That’s when the mother stated that she and Zach’s time was “coming to a close”

. But they were trying to enjoy it as much as they could. So, this was a dead giveaway that the Roloffs would soon bid adieu to their labor of love in the coming time.

Do you agree with this and feel that the show will conclude after one more season? Tell us in the comments below. Until then, keep watching this space, i.e., TV Season & Spoilers, for all the latest LPBW updates.