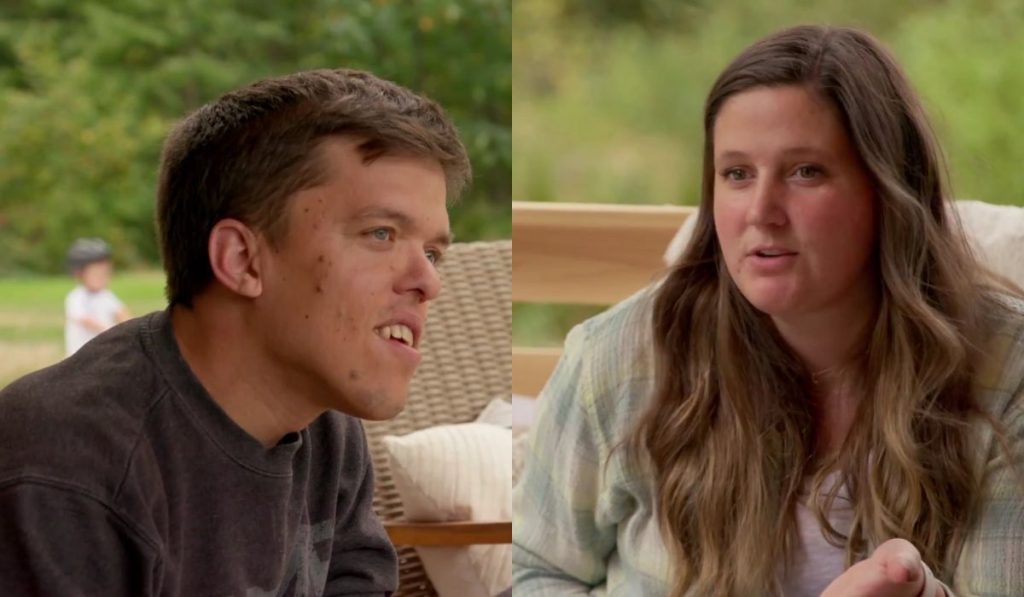 LPBW: Zach & Tori’s Time Is Coming To A Close!

Zach and Tori have been one of the most loved couples from Little People Big World. Both of them have shared their story and their wholesome journey of having three kids through the show. They have gone through multiple ups and downs in this reality show which has been running for 16 years! After all, Amy and Matt Roloff used to be the main couple of the show when it debuted on TV in 2006. Lately, Tori took to her Instagram to reveal something quite worrisome. The LPBW star ended up admitting that her time with her husband, Zach Roloff, is “coming to a close”. So, what did she mean by this? Well, keep reading to know all the answers about this.

LPBW: Zach & Tori Hint Their End Is Near! Quitting The Show?

Zach and Tori, for most times, have been a sweet couple on Little People Big World. However, the couple is going through a rough patch, as evident by the latest LPBW episodes. Things hit the roof when the wife accused her husband of not giving her enough credit when it was due. After all, she was raising all three kids under five by herself in their big Battleground, Washington house. Apparently, the couple also began sleeping in different rooms because of their fights. Hence, fans could sense trouble in paradise. Lately, Tori took to her Instagram handle to reveal that she was going to answer fan questions. That’s where she stated that her and Zach’s time was coming to a close!

However, the LPBW star said so while responding to the fan. The latter merely wanted to know for how long the couple would showcase their story on TV screens. Clearly, Tori was not referring to their marriage but just their time on TLC coming to a close. That’s when the fans took a sigh of relief. However, there were others who were also upset after finding out that Zach and Tori would soon be bidding farewell to the show. This is like the rest of the siblings, i.e., Jacob, Jeremy, and Molly Roloff. While they were happy for the couple but pondered that they would miss seeing their adventures on screen. With this, the viewer also thanked the celebrity for sharing their lives with them for so many years.

LPBW: Tori Roloff Opens Up About TLC Scripting Her Storyline!

Tori Roloff has been a well-liked celebrity to come out of the LPBW realm. This also makes her the most followed star on the show. As a result, viewers always look forward to her Ask Anything sessions on Instagram. So, viewers look forward to finding out more titbits from her life as she answers their much-anticipated questions. Apparently, a follower was curious to know about the best as well as the worst parts of Tori during the filming of their show. Well, the castmate was very honest in answering this. She mentioned that the couple gets to share their story with the world but also added “kind of” within brackets.

On top of this, Tori Roloff also mentioned all the bad moments too. She stated that the LPBW fans have a lot of misconceptions about her family through the show. That’s when the followers began to speculate that the young mother was trying to hint at the fact that TLC scripts the show

to garner more views. Further, Tori added that the viewers only get to see what the TV network shows then. Hence, it was a clear sign that she indirectly confirmed that scripting goes on in the show. However, the TV network has not yet shed light on this response yet. How do you feel about Zach and Tori’s time coming to a close? Tell us in the comments below. Until then, Keep coming back to TV Season & Spoilers for more LPBW updates.