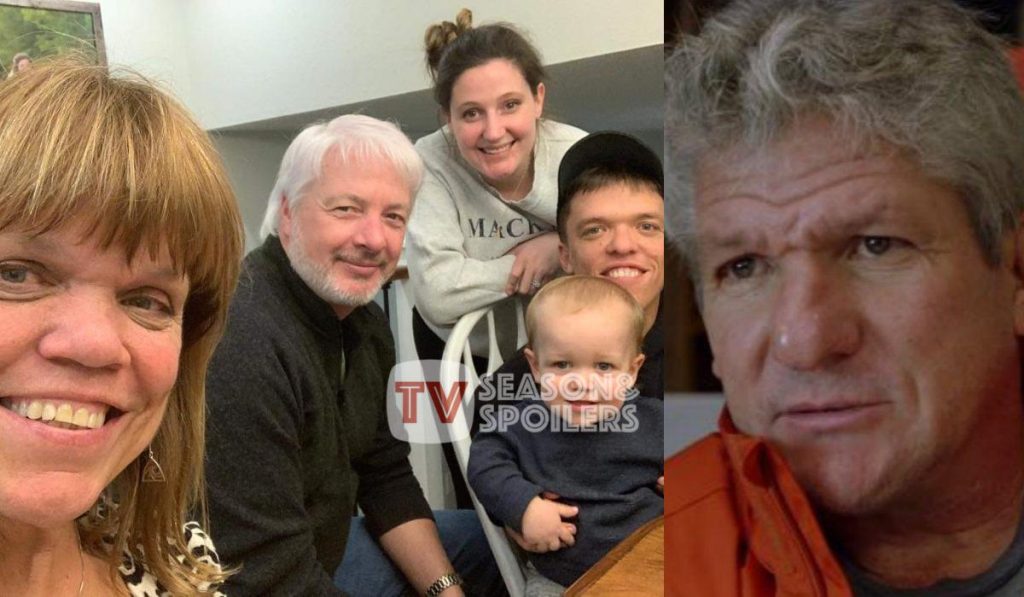 LPBW: Amy Roloff Is The Only Family Member Supporting Tori During Third Pregnancy Amid Property Dispute?

When Little People Big World took over the TV realm, the audience got very excited to witness a story about a wholesome family. However, a lot has changed since the show made its debut. With the new LPBW season just around the corner, plot details reveal that Zach and Matt Roloff are about to clash in the series. Lately, a post by Tori Roloff has hinted that they are still not on good terms with one another, and only her mother-in-law, i.e., Amy Roloff, is supporting them. Keep reading to find out more on this.

LPBW: No One Came To Support Zach & Tori Apart From Amy? Family Feud Still Going On?

Lately, Tori and Zach Roloff are waiting to become parents for the third time. Apparently, they took to Instagram to announce this news in November 2021. In fact, they also revealed that their baby is coming around Spring 2022. Hence, the famous mother recently made a post about getting a false alarm. It turns out that Tori thought her water broke, and they thought they were having a baby. While talking of her “dramatic night”, she expressed her mother-in-law Amy Roloff drove 45 minutes from Oregon to be with the couple.

Hence, viewers found this odd and began wondering why didn’t the rest of the Roloffs show up, especially Matt Roloff. That’s when speculation began that the father-son duo are still bitter about the alleged feud that will feature in Little People Big World Season 23. Looks like the plot details also revealed that they got into an argument related to the future of Roloff Farms. In fact, some LPBW fans also pointed out how abruptly the couple moved to Washington last year in October.

However, these are merely theories on the internet. Apparently, no cast member has clarified any of this with their fans. Well, only the upcoming episodes will reveal what has been up with the family.

LPBW: Tori Roloff Rushed To The Hospital, Is Baby #3 Okay?

It turns out LPBW star Tori Roloff has had quite an eventful night lately. Apparently, she and her husband thought they were going to have the baby. Hence, the couple ended up rushing to the hospital for it. However, the staff told the couple that it was way too early and just a “false alarm”. Therefore, the famous mother took to her Instagram stories to talk about how she felt “embarrassed” and “gross”. Although all the nurses near her assured her that it happens all the time, she still felt bad.

Amidst all the chaos, the celebrity also talked of something good. It turns out the doctors told her the baby is perfectly “healthy” and “fine”. In fact, she was putting up the Instagram story, talking of this incident while she was going for another doctor’s appointment. Hence, her followers gave her and the baby lots of blessings and told her to stay strong until it arrived. Additionally, all of them are very eager to meet the newest member of the Roloff family. Keep checking TV Season & Spoilers for more such LPBW-related updates.