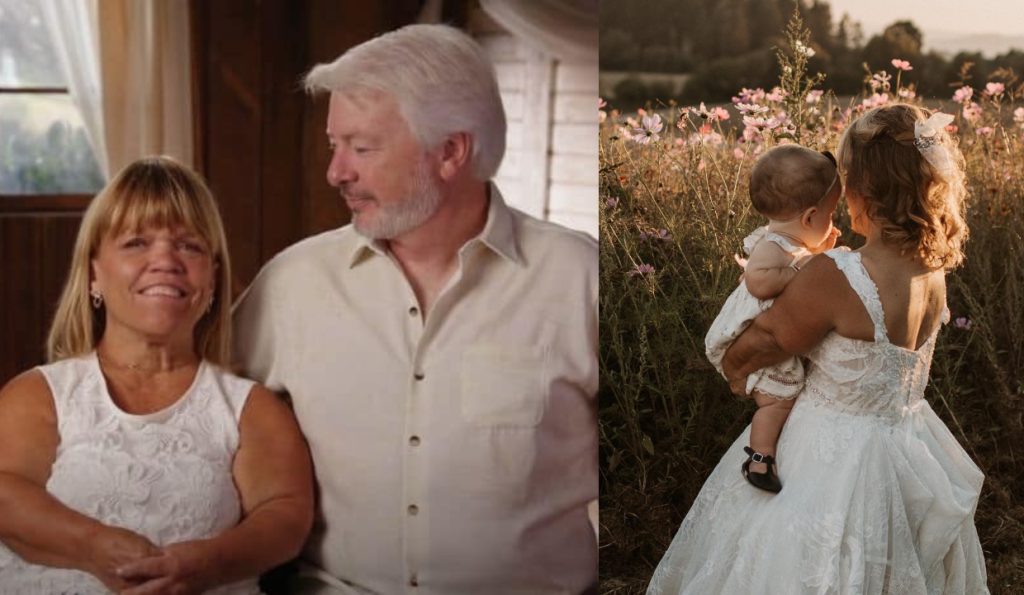 Amy Roloff has been a part of Little People Big World since the very beginning. The reality show started in 2006, and she appeared in it with her ex-husband Matt Roloff. As time passed after her divorce, she welcomed love again in her life. She did it through Chris Marek. He, too, became a regular castmate of the franchise. It has been a year since the couple married one another, and viewers wonder if they will extend their family. Coincidentally, the LPBW star Amy Roloff made a post discussing the same. Keep reading to know more details about this.

Amy Roloff and Chris Marek have had a simple yet wholesome love story. They dated one another for a few years before finally tying the knots. The LPBW star has been successful in inspiring the audience and proving that love can be found at any age. It has been more than a year since the duo tied the knot at Roloff Farms. Lately, they also took a vacation to Italy for their first wedding anniversary. After a year of togetherness, viewer wonder if the couple will be achieving new milestones together. This includes expanding their family. While Amy is already a mother to four kids, it is Chris Marek’s first marriage.

Well, adoption is still in the picture for the LPBW couple. Amy Roloff made a post about the same through her social media. But first, TV Season & Spoilers would like to clarify that the star was talking about adopting a new dog. Earlier, the LPBW star was mourning the loss of her rescue dog, Felix. She lost her four-legged friend in 2021. It looks like Amy is finally ready to move on and turn over a new leaf. However, she specifically stated she would “see”. Hence, there is no certainty that she or Chris will go ahead with expanding their family or not. Well, the audience feels that it would be a refreshing change for the couple.

Amy Roloff is no less than a superwoman. Apart from being a reality TV star, she has also been a TEDx speaker, author, cooking show host, businesswoman, and so on. Therefore, she has a lot of achievements trailing behind her name. But, there are times when things make the celebrity feel low. She opened up about how she indulged in lots of adventures and took multiple trips in the last three months. Hence, she started to neglect her health. At last, she has hopped back on the fitness bandwagon

again. The Roloff family member proved this by making a social media post about it.

It turns out that Amy Roloff walked three miles and shared a screenshot of the same on her Instagram. She also put up a picture of herself with a glass of water. The LPBW star was excited to start her fall season by making this healthy lifestyle change. The audience also hyped her up by saying she looks quite fit for her age and will soon achieve her goal. Keep track of all the latest LPBW news on TV Season & Spoilers.