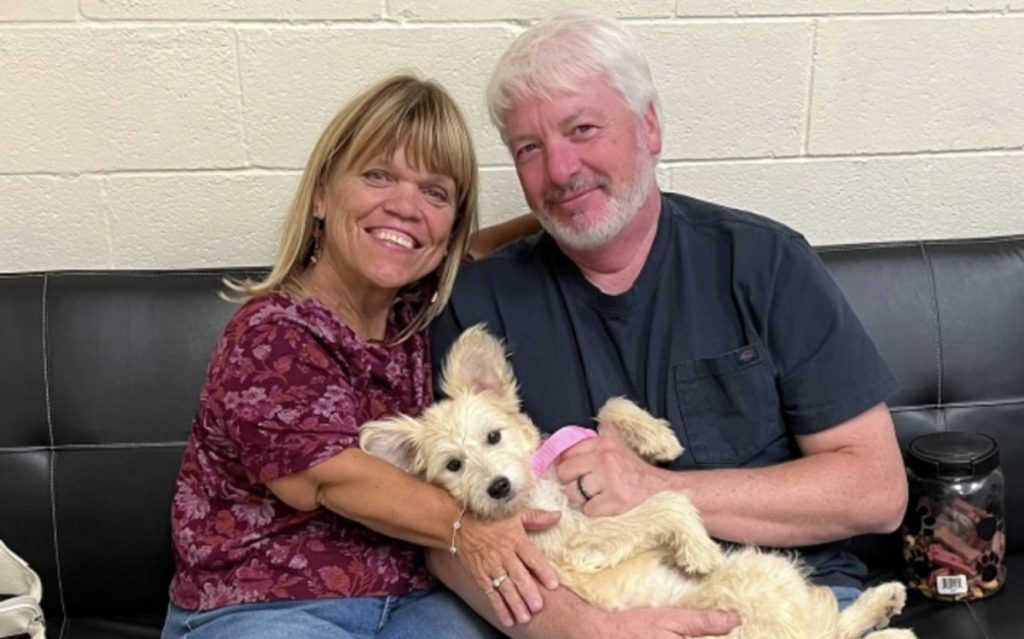 Amy Roloff continues to star in Little People Big World. When she made her debut on the TLC show in 2006, she was still married to Matt Roloff. However, their marriage came to an end after 27 years. Since then, the former couple appears on the show with separate partners. While Matt is with his girlfriend, Caryn Chandler, Amy tied the knot in 2021 with Chris Marek. The new LPBW episodes follow their adventures, too. Well, the latest episode is going to feature Amy Roloff welcoming a new member of her family. Who is her and Chris’ fur baby? Keep reading to know more about this!

Amy Roloff has been a dotting mother and a faithful wife in Little People Big World. As the show soared in popularity, her career also skyrocketed. The star has a cookbook in her name, runs a baking business, and also gave TEDx speeches. Moreover, she also found love again after her divorce from Matt Roloff. It has been more than a year since she tied the knot with Chris Marek and the LPBW viewers love their stunning chemistry. The show now follows all their new adventures. It looks like the couple did something to bring joy to their family. Well, they adopted a new member! Well, it is none other than Amy’s new dog, Daisy. While the avid viewers who follow her Instagram must be aware of her, she will make her debut in the upcoming episode of the series now.

Amy got to celebrate her Christmas with her furry friend, Daisy. She dressed her up in a little Santa hat as the pet lay in the show. The celeb ensured her new buddy wished everyone a “Merry Christmas.” They have gotten very close in a very short period. The LPBW viewers know that things were hard for the star after her previous dog, Felix, went to heaven. The show also documented the emotional time in her life as the little one had been by her side for years and years. However, the audience is happy to see Amy has moved on and giving her love to another innocent four-legged being. Now they will get to meet her in the show’s new episode too.

Amy Roloff has been very honest about her life through her show, Little People Big World, and her social media presence. She is one of the only castmates from the show which tells things as they are while others remain private about their lives. Lately, the LPBW viewers are immensely enjoying her married adventures with her husband, Chris Marek. Amy talked a bit more about their lives through her social media. She asked her followers whether she and her husband should consider adoption or not. The fans never knew that she wanted more kids. Hence, they were in shock after they came to know about this detail.

Well, Amy quickly clarified through the rest of her caption that she and her husband wanted to adopt a dog. That’s when the fans took a sigh of relief and encouraged her to do so. They thought it would be a great idea for the couple. Well, as evident through more posts, Amy and Chris did go forward with this plan. The fans are now very happy to see the duo’s adventure with their little buddy. Amy is very close to her now and considers her a part of her family. Her daughter-in-law Isabel also shared a glimpse of Daisy while saying her family is also in love with Amy’s new pet. Keep an eye on TV Season & Spoilers for more LPBW updates.