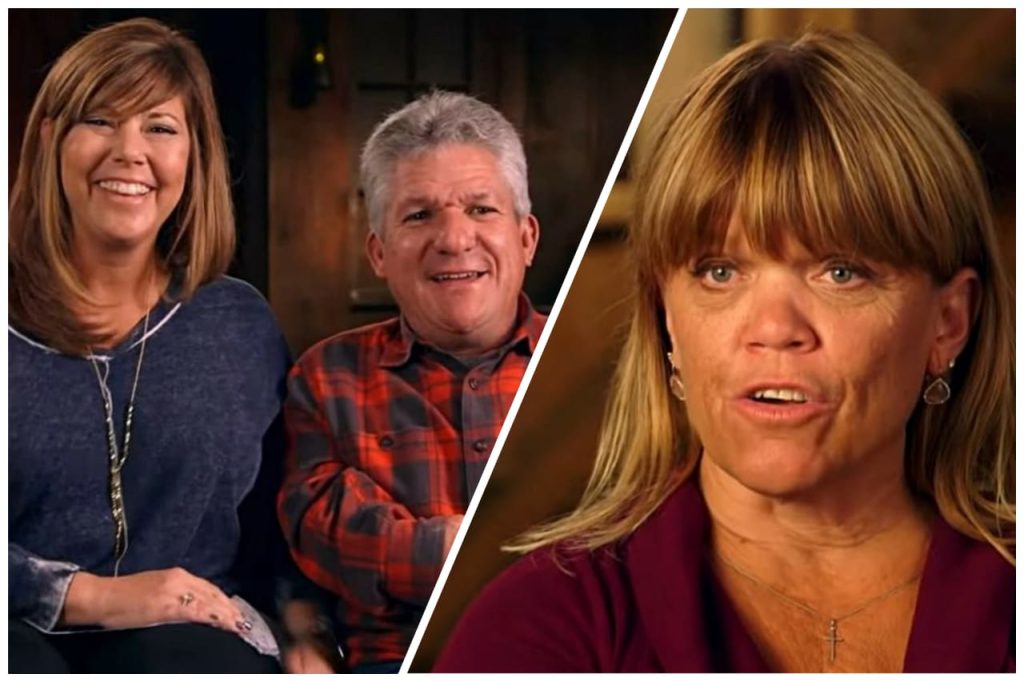 LPBW: Amy Takes A Dig At Matt For Being A BACKSTABBER? Hints That Cheating Rumors Are True!

Amy and Matt were once a wholesome couple. Both of them and their four kids, Jacob, Molly, Jeremy, and Zach, were the main castmates of Little People Big World. Well, things changed, and they got divorced. However, rumors suggest that it happened when the patriarch was unfaithful in his marriage and began dating Caryn Chandler behind Amy’s back. It looks like the latter has hinted at this incident in the latest LPBW episodes! Keep reading to know more details about this.

LPBW: Matt Pursued His Friend’s Girlfriend! Amy Expresses Disappointment At His Shady Past

There was an interesting segment in the latest Little People Big World episode. It turns out that Matt and Amy’s old friends Jerry and Brian came to visit. Both of them spend time with their pals with their significant others, i.e., Chris Marek and Caryn Chandler. That’s when Brian revealed something controversial about Matt’s past. In the 80s, Brian was in a relationship with a woman. He wanted to propose as things were quite serious between the two. That’s when LPBW star Matt Roloff and another friend hatched a plan to steal Brian’s girl. Apparently, they wanted to see if she would leave him before his proposal.

Well, that plan failed as the proposal was successful. However, Brian was unbothered by this past incident and said Matt was nice. But Jerry interjected by saying that the celebrity smiled right to his friend’s face while “stabbing him in the back”. Amy couldn’t help but add to it by saying that then her husband “went after everyone”. This statement is making the LPBW believe that the cheating rumors about Matt and Caryn must be true. In fact, she even talked about it in her memoir, A Little Me. To this day, the father of four has denied these allegations. But viewers could see the disappointment on Amy’s face as Brian told the story.

LPBW: Amy Asks Matt ‘What In The World Did You Do?’

This wasn’t the first time Amy Roloff took a dig at Matt Roloff. In the last Little People Big World season, she blasted off at her ex again. LPBW fans must know that Roloff Farms didn’t go to any of the kids, and they moved on. However, there have been strains in the family because of the dispute. In the finale, Amy finally confronted her ex about his decision to sell. That’s when she accused him of creating a “hornet’s nest” and said, “what on earth did you do” in her confessional. Like many fans, Amy also believes the kid should have had a share of the farm, and it should have stayed in the family.

Matt Roloff tried to defend himself by saying Jeremy or Zach weren’t okay with the size of the farm shrinking and getting fewer acres. Amy again accused him of his unreasonable price. At last, the man tried to diffuse the tension by saying that after he sold 16 acres, 92 acres would still be in the family. That’s when his former wife made a powerful statement by saying those acres will only belong to Matt Roloff as he has ruined his relationship with the kids. Stay tuned to TV Season & Spoilers