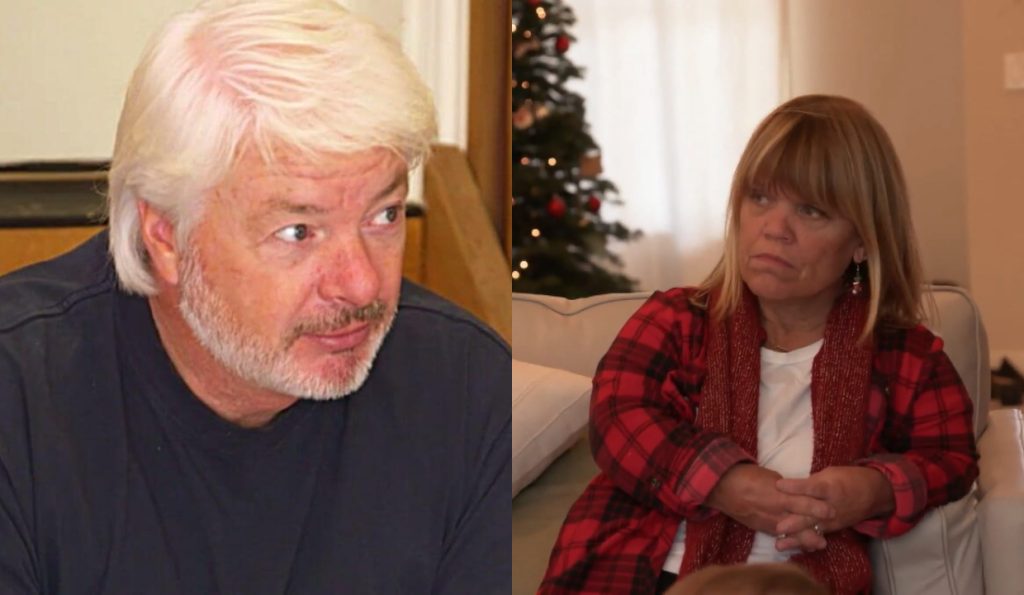 LPBW: Amy Wants Things To Be OVER With Chris?

Amy Roloff and Chris Marek quickly became the most loved Little People Big World stars. The former found love in the real estate business owner after her divorce from Matt Roloff. After dating one another successfully for multiple years, they thought it was the right time to tie the knot with each other. The latest LPBW episodes is depicting their new married life as they live together in their happily ever after. However, Amy’s new post suggested that there might be trouble in paradise for the couple. Are they on the brink of things being “over?” Keep reading to know all the details behind this!

LPBW: Amy Roloff Wants This To Be Over With Husband, Chris Marek!

Amy Roloff emerged as a strong matriarch through Little People Big World. Earlier, she was in a relationship with Matt Roloff for over a decade. But, they filed for a divorce in 2017. But love came knocking at her door soon after. That’s how she met Chris Marek. Soon the both of them got into a loving relationship. He also became a regular part of LPBW and still stars in it. At last, they also tied the knot, and TLC depicted their wedding as a special episode. Over the previous two seasons, they have been living happily as husband and wife. Fans love their chemistry and are happy that Amy Roloff is so happy after so long. However, her new Instagram post sent everyone into a frenzy. Many began assuming that there was trouble in paradise for the couple!

Amy Roloff made a post in black and white with her husband, Chris. She stated that the couple is trying to get things “over” with. Hence, the LPBW fans began to think that they were talking about an alleged separation. However, that was not the case. The matriarch continued the post by saying that the couple has been sick for days and has been suffering from “sinuses” and a “cold”. Hence, they wanted to get “over” those things as it has been affecting their health for a long time. Fans took a sigh of relief after reading the entire caption. They took to the comments section to say “get well soon” to the loving couple. Apart from such updates, Amy also posts about her adventures with her hubby

. They also went on a road trip on Chris’ bike this year and covered multiple states in more than two weeks.

LPBW: Amy & Chris Moving Away Into Another Place Amid Property Dispute?

Amy Roloff and Chris Marek are also caught in the whirlwind of Matt and Zach’s property feud. The father-son duo has not been on good terms, as evident from the latest LPBW episodes. While Amy supports her son, Zach, her husband, Chris, has a good relationship with Matt and even helps him when he puts the farm on sale. Hence, the family dynamic has been a mess since the property dispute. In the latest Question and Answer session on Instagram. A viewer asked if Chris and Amy want to move into a “bigger property”.

That’s when Amy Roloff responded to this by saying she would “love” to. However, she and Chris would like to move into a bigger property but only in a few more “years”. This makes the viewer assume that the couple wishes to move away after the property dispute has been hindering the peace. However, the couple neither confirmed nor explained why they had taken the decision to move into a big house. The fanbase has been waiting for the family to turn over a new leaf and let bygones be bygones. Keep coming back to TV Season & Spoilers for more LPBW updates.