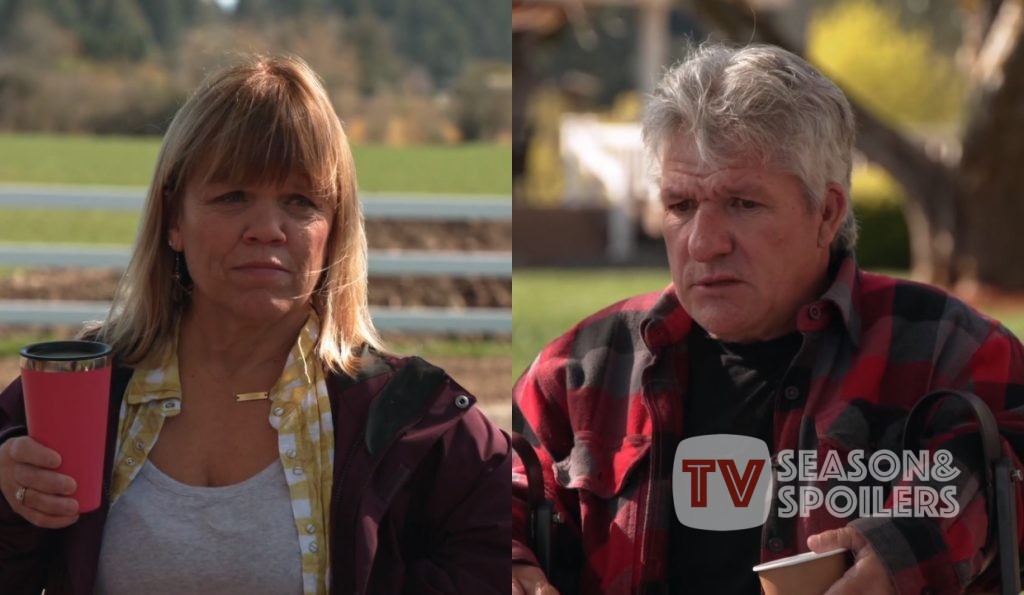 The popular reality show, LPBW, has become quite controversial lately. Apparently, the infamous feud has made things worse. Fans remember that Matt and Zach had clashed because of Roloff farms. Evidently, the latter wanted to inherit the property, but the patriarch didn’t agree to the deal. He instead put the farms on sale. This caused a rift between the entire Roloff family, leading to Amy having second thoughts regarding whether she even wanted to return to the farms. We have all the information you might wish to know, so keep on reading.

LPBW: Will Amy Join Matt For The Pumpkin Season?

The LPBW fans know that the best part of the year for the Roloff family is always the Pumpkin Season. The entire family used to come together and work on the farms. However, due to Matt’s recent decisions, things have become different now. In an exclusive clip by ET, Amy discusses with her husband that she needs to make up her mind first before talking to Matt about the upcoming pumpkin season. The matriarch is still confused if she really wants to be a part of this or not. Apparently, Amy has been away from the farms for a while now. So, she needs time to make up her mind.

In the clip, Amy adds that the north part of the farms was put on sale, so she needs to confirm first what the dynamics of this year will be. Fans know that Chris got involved in the farms only last year. Amy and her husband chuckle over the reviews Roloffs gave after his first wagon tour. The matriarch laughed off and added that Marek might have a rough start, but he did really well afterward. For Amy, the season which once excited her the most, has lost its lure. However, it will be interesting to see if the Roloffs will reunite for the pumpkin season or not.

The LPBW fans couldn’t believe it when the reality show’s star Amy Roloff was rumored to be dead recently. But you might take a sigh of relief as the star is completely fine and is doing good. Usually, fraud users use this trick to gain more likes and comments on their posts. Apparently, people add such shocking false statements, which make their post viral. Later on, when they get the desired publicity, they change their subject and sell it in the black market.

This is what Amy recently had to face. Apparently, a fraud user from Indonesia uploaded a video which was titled Amy’s tearful farewell. The user uploaded it sometime in November 2022 on Facebook, and it was heartbreaking for the world to hear this. However, within no time, it was clear that the star was alive. Fans know that she wasnt the first one who got into this trap but earlier as well Zach’s death fraud news also created a controversy. Keep coming back to TV Season & Spoilers