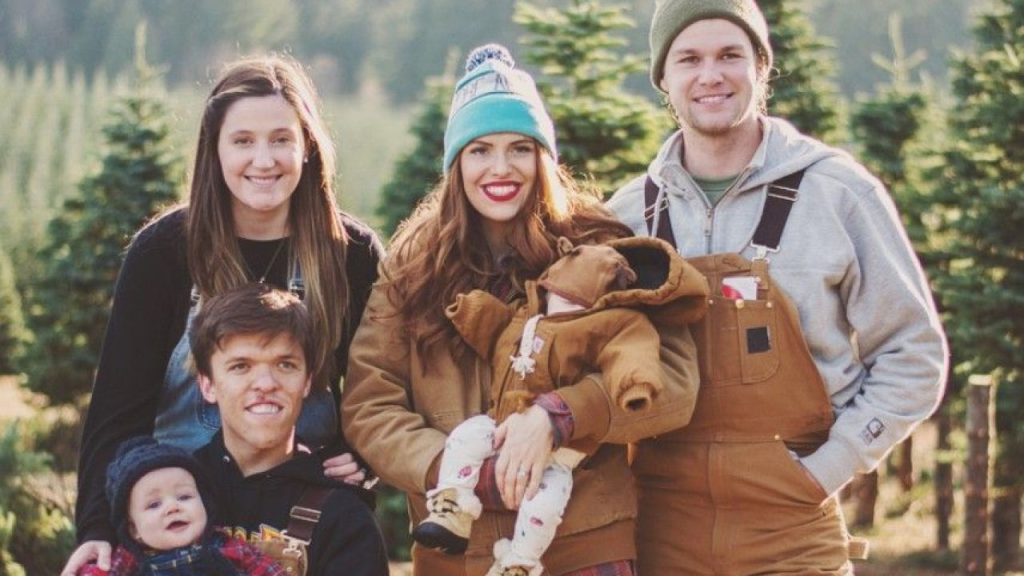 Currently, there has been a lot of drama going on in the latest Little People Big World season. Things fell out of place when LPBW stars Zach, and Matt Roloff got into a fight with each other. They couldn’t see eye to eye in terms of the future of Roloff Farms. While the former wanted a share of it to live there, his father thought Zach was just not a “good fit”. Soon, the patriarch also mentioned that his other son, Jeremy, wanted a part of the farm too. He, too, suffered the same fate. Now that both brothers were deprived of this opportunity, it seems like they have started to bridge the gap between them after years of feud. In fact, they even got together to share the holiday spirit! Keep reading to know more details about this.

Tori and Audrey used to be quite close to one another back in the day. In fact, the LPBW sisters-in-law would often go on dinner dates with their partners, Zach and Jeremy, together. The reality show captured many of their wholesome moments like these. All four of them collectively lived the dream of growing old on Roloff Farms after buying it from their father after his retirement. However, Matt Roloff refused to sell it to either of the sons and has turned it into a vacation rental now. Hence, this decision ended up coming between Zach and Jeremy’s relationship as well. Their wives, Audrey and Tori, also stopped interacting with each other.

However, now both the sons are suffering the same fate of losing the farm, which is helping them form a bond again. There have been many instances when both the Roloff couples were together. Hence, the LPBW fanbase is assuming that Zach-Tori and Jeremy-Audrey are growing close again. Lately, the two SILs put up pictures from a Christmas party they went to. Apart from them, their husbands, Zach and Jeremy, were also present there. All four of them were surrounded by their close friends during the gathering. That’s when the audience began to assume that they have been putting efforts to make amends, and it is visible through their social media handle. However, none of them have spoken up openly about their bond on social media.

This wasn’t the first time Audrey and Tori hinted at their growing bond on social media. The famous Little People Big World ladies took to social media to reveal they were on good terms. It began when Jeremy’s wife commented on Tori’s Halloween pictures for her kids, calling them adorable. Later on, it was Tori’s daughter Lilah’s birthday on November 2022. So, Audrey Roloff sent a precious gift her way. So, her sister-in-law made sure to flaunt it on her Instagram. Little Lilah was playing with a cute bag on a video, and Tori revealed that her aunt Audrey gave it to her and how much she “loved” the present.

Audrey Roloff was also excited after this response. Hence, she reshared the video on her Instagram. That’s when viewers realized that Tori and Audrey’s in-person as well as online interactions had increased a lot lately. Therefore, speculations began again that both family members were subtly trying to get close to one another after the farm deal fell apart. Seemingly, both of them have found common ground again, as they had to suffer the same loss. Hence, it must bring them together again. Do you think Jeremy and Zach will reconcile in the same way Tori and Audrey have? Keep reading more LPBW updates on TV Season & Spoilers.