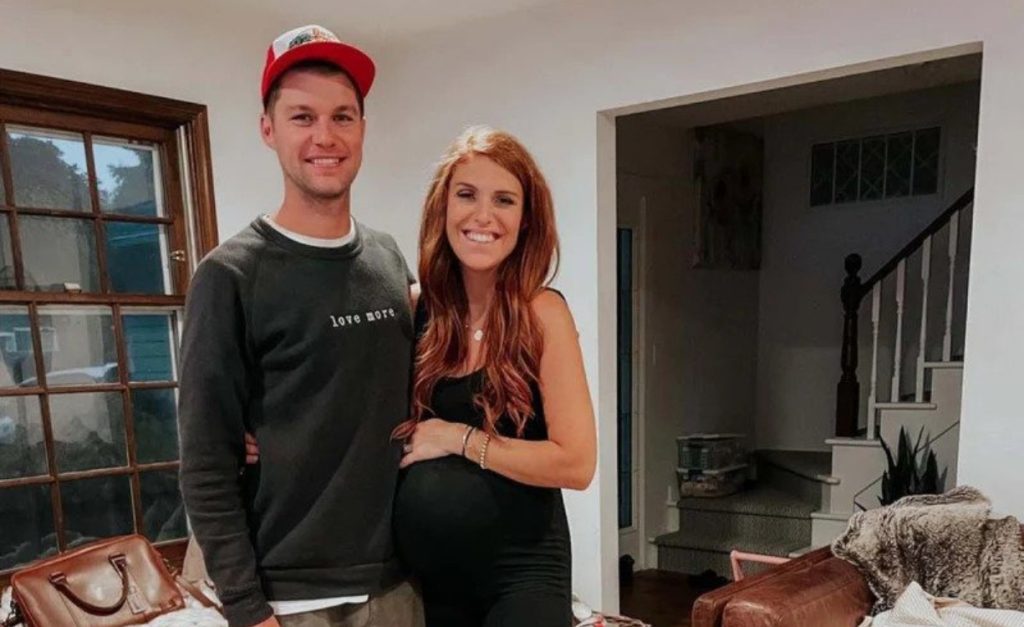 Audrey and Jeremy Roloff used to be a crucial part of Little People Big World around five years ago. Well, life had other plans, so they quit. It was right after the former had given birth to their first baby, Ember. Since then, the LPBW couple announced pregnancy two more times and have three kids now. While they seem to be a happy family of five, the couple still talked about wanting more members in their family. They discussed this many times through their Instagram handle. However, they never revealed when. But Audrey’s latest Instagram post suggests that she might just be pregnant again. Keep reading to know more details about this.

LPBW: Audrey Roloff Makes Her Kids Pose With A Toy Child! Hints She Is Pregnant With Baby #4?

Audrey Roloff has a reputation for making headlines. However, they are not for nice things. She has faced the heat multiple times for her political opinions and also religious beliefs. Moreover, LPBW fans tend to school her about her parenting skills as well. But the Roloff family never responds to the backlash and continues to ignore the audience. It turns out that Audrey made a post about her kids going to their grandmother, i.e., Gigi’s house. While they were walking to her house, Ember carried a toy version of a baby. At the same time, her little brother, Bode, was also taking the toy inside his clothes.

Soon, speculation began on the internet, saying that Audrey might just be pregnant

. In fact, many LPBW fans believed that the star might just be hinting that she is expecting again. Many thought Audrey was making her kids carry a toy baby to indicate that they might have one more member in their family again. While the viewers speculated this, some pointed out that Audrey had revealed the same many times through her ask session. She wants to expand her family with her husband, Jeremy Roloff. However, there has been no official announcement of any sort to confirm this news.

LPBW: Audrey Drops Yet Another Hint About Her Alleged Pregnancy!

As Audrey made her post about her kids carrying a toy baby public, she has also dropped several hints in the past as well. As mentioned above, she and Jeremy do want to have a fourth kid. They made this information public through various Ask Anything sessions on Instagram. However, the celebrity repeatedly dropped a very obvious hint through her social media. It turns out that the LPBW star was sharing several pictures of her baby boy, Radley. In one of the photos, Audrey mentioned that she had “baby fever”. So, many began to speculate yet again that the couple might just be expecting. However, they refused to follow up about this on social media.

But the new post with her kids carrying the baby has made fans believe the pregnancy rumors again. Audrey has not yet directly paid heed to these speculations. Hence, the LPBW viewers will have to wait a little bit more to get a clear picture of the possible pregnancy. Many believe that Audrey and Jeremy should focus on parenting the kids they already have instead of adding more to their family. There have been many incidents in the past when the couple was in deep waters for their problematic parenting. This includes making their kids walk barefoot in their backyard and exposing an ax in front of a newborn. How do you feel about Audrey and Jeremy’s parenting skills? Tell us in the comments below. Keep coming to TV Season & Spoilers for more LPBW updates.