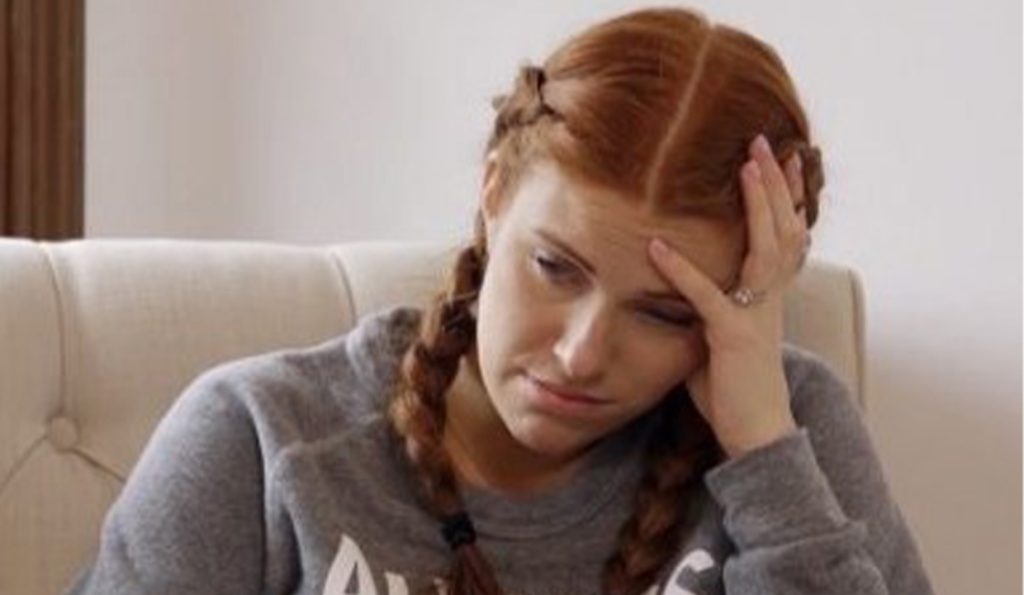 LPBW: Audrey Roloff Is Concerned About Radley’s Health! “It Has Been Rough”

Jeremy and Audrey Roloff enjoyed a successful year in 2022, much like the other Little People Big World. The LPBW couple had a tremendous amount of growth and joy in one year, learning how to live as a family of five and buying their very own farm. Both of them are highly active on social media, and they have been updating followers on everything that is occurring in their life. Most of the couple never fails to update fans about their beautiful kids. Audrey and Jeremy have three kids, namely, Bode, Ember, and the most recent, Radley. However, Audrey recently updated her followers, raising concern about her youngest son Radley. She says it “has been rough”. What happened to Radley? What is Audrey indicating by “rough”? Let’s find out.

LPBW: What Is Bothering Audrey?

The LPBW star updated her fans about his son’s health. Talking about her baby Radley’s growth, she says it “has been rough”. According to Audrey, her one-year-old has a problem that her other two children “do not recall” experiencing. On Thursday, Audrey posted an adorable picture of her little baby dozing on her shoulder on her Instagram Stories. Radley was sucking on his pacifier, and they were both snuggly for the night. The mother’s hair was covered in a towel. However, in the caption, Audrey stated in the text they are struggling with a situation that many parents are familiar with. She said, “This baby has had a difficult time teething.” The Little People Big World star told her little one had developed all his teeth in just 13 months. However, her other did not get them so soon.

He is simultaneously cutting all canines and molars. Audrey posted a picture of a bottle of homeopathic teething medicine in her subsequent post. She told her followers that it’s an essential oil and if you are a mother of a teething baby, you will need it. However, along with the newborn, Audrey and her husband Jeremy also have a boy named Bode and a daughter named Ember. Audrey has shared a tonne of adorable photos with her Instagram followers since Radley was born in November 2021. Many fans have noted how much he resembles his grandmother Amy Roloff. Audrey has, however, frequently faced criticism for her parenting

The funeral service of Matt’s father, Ronald Roloff, in Arizona brought the Little People Big World family back together. Audrey joined her spouse and her three children. The audience didn’t like that Audrey was more fun-oriented during what was intended to be a sorrowful journey. The TLC star shared photos of the funeral and her return to Oregon on social media. As soon as she put a picture on her account, she received further criticism for her terrible parenting abilities. One-year-old Radley was in it, sleeping on the floor of the airplane. A one-year-old was lying upside down among the bags, water bottles, and clothing.

Fans criticized the star for endangering a toddler’s life for her entertainment. Audrey apparently thought it was amazing since she included the phrase “1 year olds on planes” along with an emoji of a laughing face. On Instagram, a follower of LPBW commented that the boy should not be laying on the ground but rather on his mother’s lap, wearing a seatbelt. In addition, the personality was criticized for oversharing during a personal and sensitive time. For all the latest Little People Big World updates, keep coming back to TV Season & Spoilers.