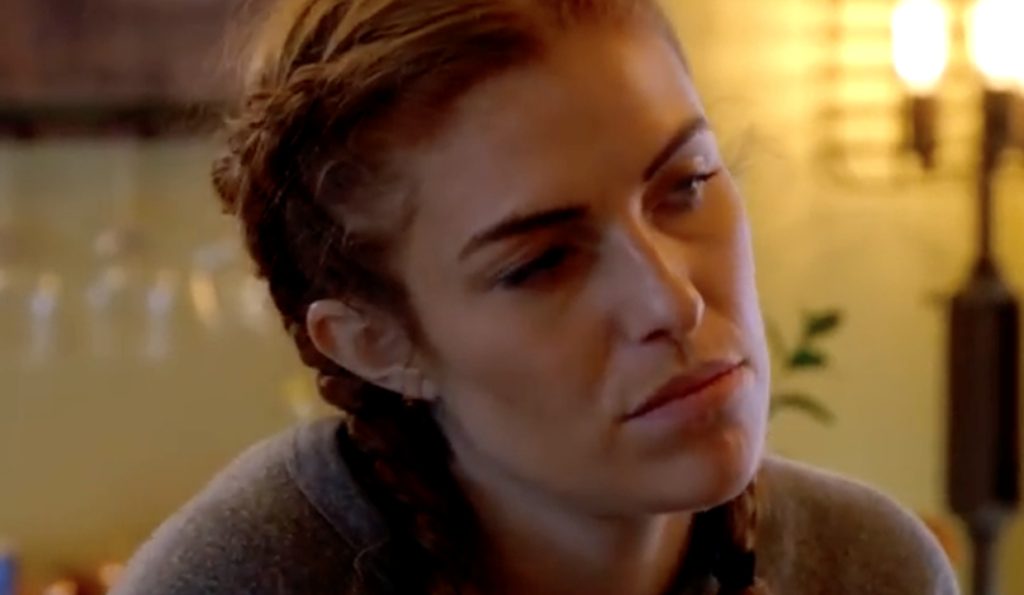 Over the years, Audrey Roloff’s posts have emerged as synonymous with tacky or cringe-worthy stuff, and her followers frequently question her content. Despite not appearing on Little People Big World, Audrey and Jeremy still provide enough updates for fans to believe they should stop posting. Although Audrey is free to raise her children how-so-ever she sees fit, many of her parenting choices continue to be questioned by the public. Moreover, a lot of fans wish that Audrey would take a step back and reconsider some of her choices. However, the LPBW personality’s recent posts have again brought her on fire. Audrey shared a video with her baby boy Radley where fans noticed some disturbing details. Let’s find out about it.

After seeing a “gross” detail in Audrey Roloff’s recent online post, LPBW fans attacked her for being a bad mother. Jeremy’s wife, Audrey Roloff, got criticized by fans after sharing an “over filtered” picture of her toddler Radley. The 31-year-old star posted a video on social media showing her children having fun outside. In the video, Bode and Ember, her elder children, are jumping on a trampoline while she carries her youngest boy on her hip. Audrey gave her Bode a pair of socks as he was playing outside without them. However, it wasn’t the little bare feet that fans objected to but rather were upset over something less obvious. In the video, Audrey applied a filter that fans felt was unnecessary, considering the little one in the video. Fans said that it was over-filtered for the baby.

Fans took it to Reddit and started debating about the video. One Little People Big World fan said that over-filtering the poor baby was “gross”. Other said that it was too orange for the little baby. While the others jokingly called him a “little Oompa loompa”. On the other hand, other fans said that it’s not that shocking for them as she has always been accused of using filters on her kid’s pictures. In March 2022, Audrey received criticism for “filtering and editing” all of her social media posts when people compared them with her “natural” look. Accusing the LPBW star of over-editing, a Reddit user shared two separate places side-by-side that Audrey posted initially.

LPBW: Jeremy & Audrey’s Unusual Method Of Taking Off Their Christmas Tree Got Them On Fire

Fans of LPBW are well aware of Audrey and Jeremy’s giant Christmas tree. Following the tree’s over-the-top decoration, fans earlier slammed for their decision. However, as the holiday season is over, the couple recently brought down their 15 feet huge tree. But fans didn’t like their way of disposing of the tree. The fans slammed Audrey and Jeremy for their unconventionally way of getting rid of their tree. On Tuesday, January 10, the pair decided to take down their tree. The mother-of-three explained in a post to her Instagram Stories that she and her husband had to use an unusual approach to get the enormous tree out the door. In the video, Jeremy was seen trimming the branches of the Christmas tree. Giving it a caption, Audrey wrote, “She’s coming down”.

However, a lot of the couple’s critics slammed the pair for their unusual method. Fans felt concerned, realizing that it was a waste of time as it takes a lot of time for a tree to grow at such a huge size. However, as Jeremy was cutting away at the tree, someone noticed that the decorating things were still hanging from it. After copping the tree, Jeremy burned it in his yard. Fans even oppose this act. One fan said that he would have donated the tree to the local livestock instead of burning it with boxes and junk. Well, what to do think about their unusual method of destroying their Christmas tree. Let us know in the comment section below. And until then, keep coming back to TV Season & Spoilers for all the latest LPBW updates.