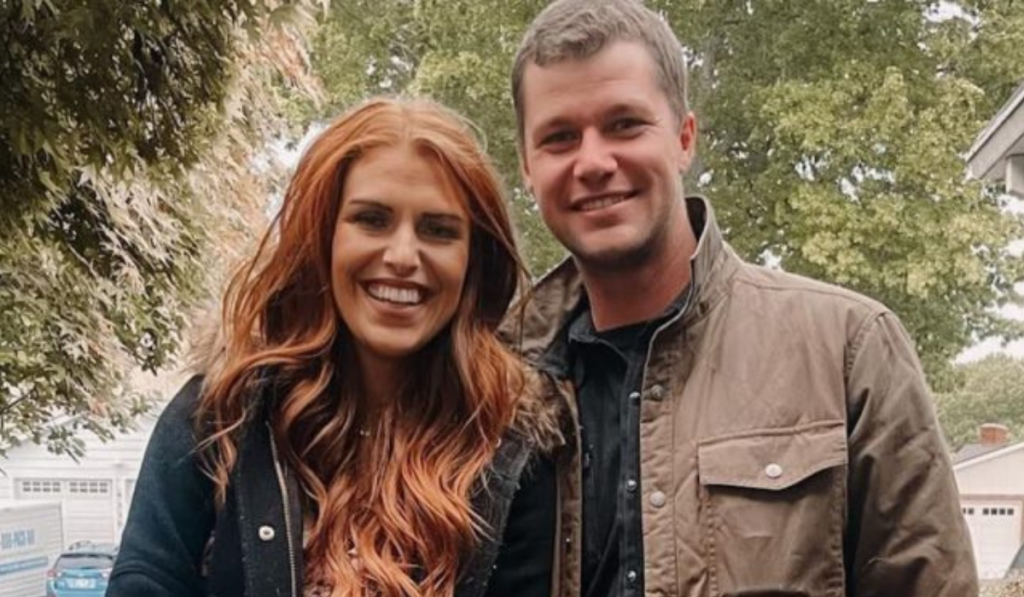 LPBW: Audrey Shows Off Her Lavish $700k Cabin! Ready To Turn It Into An Airbnb

Audrey and Jeremy Roloff have been very open about their lives since their time on Little People Big World. However, it has been five years since they kissed their TV careers goodbye. They are now the founders of their brand, ‘Beating 50 Percent,’ where they guide couples to lead a happy married life. Apart from this, the ex LPBW couple also has multiple side hustles. This includes purchasing a $700k cabin to turn into an Airbnb. Audrey has been teasing this venture a lot through her social media. Keep reading more to know more details about this.

LPBW: Audrey & Jeremy Get Ready To Open Up Their Cabin For Guests! Making It A Rental!

Audrey and Jeremy Roloff are still on top of their game despite quitting Little People Big World. While the former is a social media influencer, she and her husband also run ‘Beating 50 Percent’. It is their initiative to guide couples towards leading a happy married life. Under it, they have released multiple podcast episodes, books, journals, and so on. However, they still had bigger dreams, and they have been acting on them. It turns out the husband-wife duo purchased a cabin in Bend, Oregon, for a whopping $700k! It turns out they didn’t do it for themselves. Instead, as per Thesun, the duo wants to rent it out and turn it into an Airbnb. The young mother has been making multiple posts about her and her husband’s preparations.

Audrey Roloff used her Instagram handle to show off all the new furniture she and Jeremy got for their rental cabin. It also included bunk beds. She made her kids, Ember, Bode, and Radley pose for the same. As it was snowing, she also put up a picture of the scenic video from outside her window while her husband, Jeremy, rested inside. Along with this, her other updates were about getting couches and other essentials to decorate and make their cabin homely for future use. The former LPBW star also enjoyed taking a dip in her hot tub with her kids while also enjoining the snowy weather around her. Audrey mentioned that the couple is working hard to get their lovely cabin ready, and fans will get to rent it by 2023.

While Jeremy and Audrey have been working to make their Bend, Oregon cabin a vacation rental, Matt Roloff wants the same thing. At first, he was all in for selling this Roloff Farm’s 16 acres for $4 million. However, he changed his mind about this idea. The property is no longer on the market for sale. He took it off. Since then, the star began teasing a “big plan B”. He did the same on his Instagram handle, the recent pumpkin patch season, and also the new LPBW Season 24. It turns out that Matt wants to turn his big house into a vacation rental. He collaborated with iTrip Vacations to turn this idea into a reality. Hence, fans can now make their bookings for the same and can rent the place to spend their vacations.

As per Roloff Farms’ website, the viewers can rent the big house for a minimum of 3 days. The cost for the same ranges from $585 – $2,696.71 per night. The place boasts 6 bedrooms and 5.5 bathrooms and has the capacity for as many as 16 people. The price is quite owing to the celebrity status of the property. The LPBW viewers have seen the place for 16 years as the show has continued to air on the TV Netowork, TLC. Matt often urges fans to book the area for their holidays through his Instagram handle. Hence, many feel that he is competing with his son Jeremy as he and his wife Audrey got their cabin in 2021. However, Matt just introduced his new business a few months ago. How do you feel about this? Tell us in the comments. Keep reading more Little People Big World updates on TV Season & Spoilers.