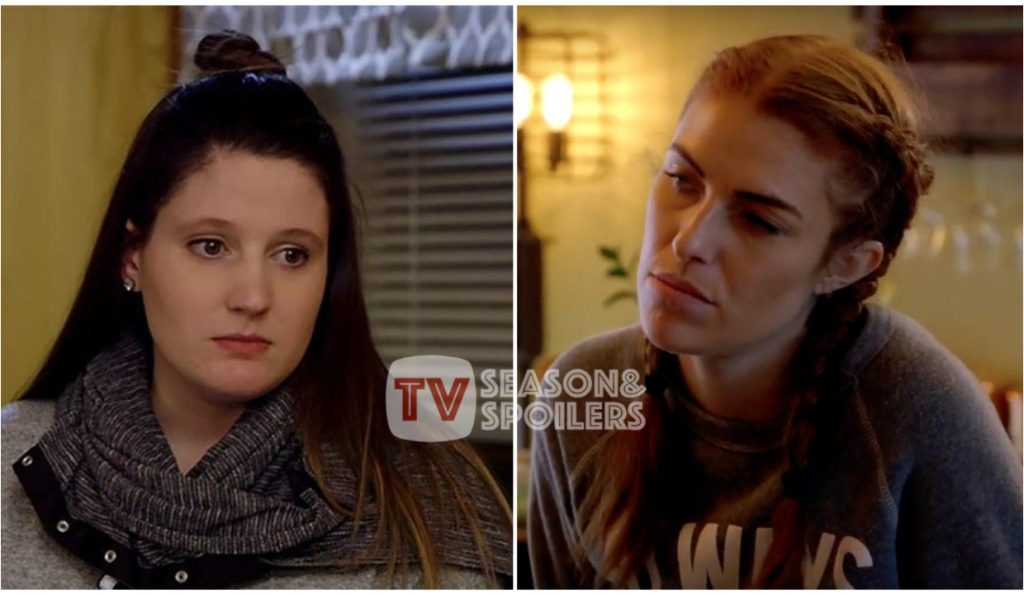 Back in the day, Tori and Audrey used to share a strong bond. In fact, the LPBW sisters-in-law frequently went out to dinner with their respective partners, Zach and Jeremy. Numerous of their pleasant moments were featured on the show. However, after the farm feud, the twin brother decides to face back on each other. As a result, it seemed like their spouses, Audrey and Tori, also stopped speaking with one another. It’s been a long time since they were spotted together, until recently. However, sometimes Audrey is seen in Tori’s comment section. However, when the former slid into Tori’s comment section, she ended up getting a lot of backlash. What was the comment? Keep reading to find out.

LPBW: Fans Got Defended With Audrey’s Comment With A Skull Emoji

Recently, LPBW star Audrey Roloff responded to Tori Roloff’s Instagram post with a morbid emoji. But other followers have justified her decision. Tori shared a cute picture of her son Josiah on Instagram. By putting up a sugar cookie in the form of a snowman to conceal the body of the photo subject, Tori joined a viral social media trend. Hundreds of people commented on the cute photo of Baby Josiah smiling as a sugar cookie snowman, including Audrey, Tori’s sister-in-law. “Oh my gosh,” Audrey typed, adding a skull and crossbones emoji. Well, it seems like the emoji is intended to have a positive message. However, some fans don’t see it that way.

Seeing Audrey’s comment, fans immediately jumped to her reply section. However, in the thread, one wrote that the skull and cross-bones meme confused them. It’s a sweet and creative post. Whereas one exclaimed, saying it was a “Deadly Sweetness”. While some said that it was illogical and stated it as a “terrible reply”. However, there were some who defended her and said that she is trying to say she is “dead” or “dying” because she finds the picture very adorable. Even though some people appear to have been offended by Audrey’s remark, the two LPBW SILs seem to have patched up their long-running family feud.

For a lavish Christmas party, Audrey and her husband, Jeremy, got together with Tori and her husband, Zach. Audrey sent pictures and videos of the event. She uploaded a photo of a long table with plates of cookies, cheese, and a dish of peanuts. “Taking a try at the whole table charcuterie thing,” she wrote as the post’s caption. In the subsequent stories, the LPBW star Tori accompanied Audrey as they posed for a photo with their female friends. Zach and Jeremy, twin brothers, were seated next to one another while playing the “family game at the party” in the little film. After years of mocking one other, Audrey and Tori seemed to have reached an understanding. Tori and Zach have tended to take more liberal attitudes, while Audrey and Jeremy live a tight Christian lifestyle and support conservative ideas.

The Roloff farm has also been linked to rumors about the family conflict. After their father, Matt, retired and stepped down, the twins wanted to manage the property. Since Matt Roloff decided to list around 16 acres of their family’s plot for sale in May, the Roloff siblings and their dad have been at odds. The LPBW Patrich, Matt, demanded a cost too high for Zach and Jeremy to afford, even though they were interested in purchasing the property. In a recent TLC episode, Zach spoke about how he feels about the upcoming pumpkin season on the family farm. “Time does affect how you feel about things, and I will not regret it if this is the final year of pumpkin season and we do not, like, participate or anything,” the father of three said. Stay tuned to TV Season & Spoilers