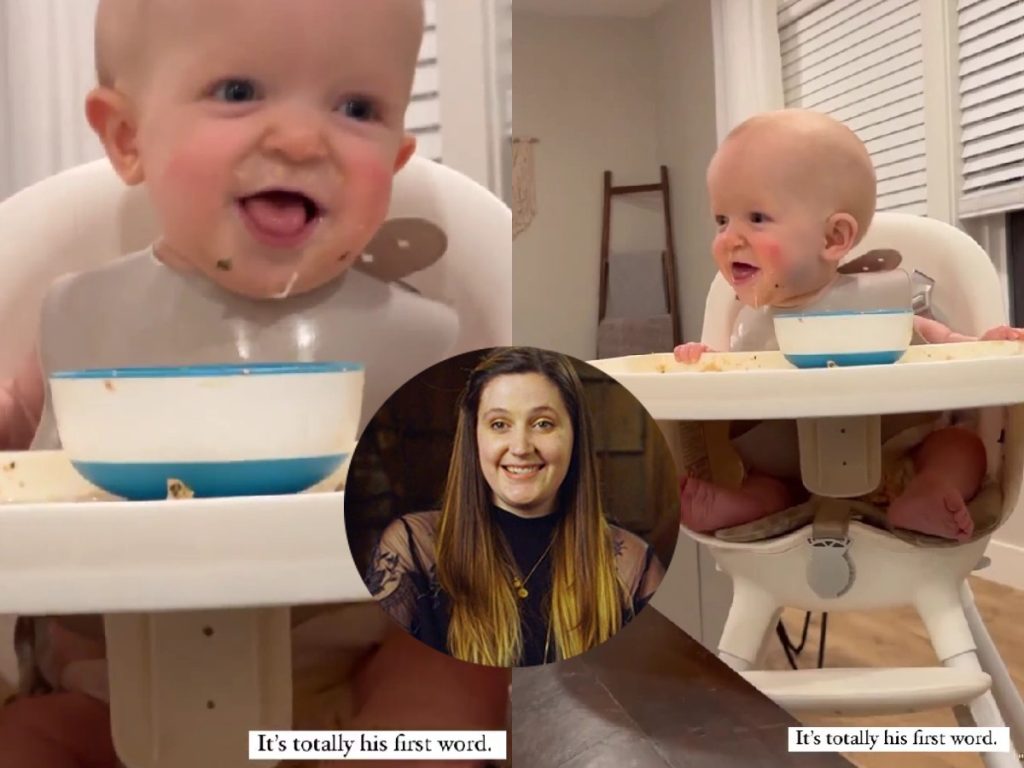 The LPBW couple, Zach and Tori Roloff are pleased to be growing their family and promise never to allow their children’s achondroplasia to define them. The parents are excited to have extended to a family of five and are prepared to face the future. With Jackson and Lilah already as part of their family, Zach and Tori were thrilled to welcome Josiah. If you follow Tori on social media, you might have noticed that she frequently posts updates about her kids, Jackson, Lilah, and 8-month-old Josiah. Her regular Instagram postings have given followers a chance to follow the growth of little Josiah. Since his birth, Tori has never failed to capture special memories, including his first Christmas and the first time he met his elder siblings. Just like now, as she captured Josiah’s first word. So, what did the little baby say? Keep reading to find out.

The LPBW star Tori Roloff captured a thrilling moment of his 8-month-old Josiah. The mother of three recently said that his little one had started talking. Hence, Tori didn’t miss the chance to record Josiah’s first word. In the video, Josiah sits on his chair, wearing a bib and diaper, and enjoying his meal. The young boy is smiling and appears to be quite happy. At the same time, Zach and Tori are seen chatting with him. Tori then says, “dada,” and Josiah tries to copy her. Although the word was not that clearly heard, his lip sing said it all, as per tvshowsace. And as Josiah has started speaking now, it might not take more time to add new words to his vocabulary. However, Josiah has recently turned eight months and will soon celebrate his first birthday.

Josiah is not only growing fast but also picking up new skills. According to Tori’s Instagram profile, Josiah enjoys trying new food items. Recently, the LPBW mom also confessed that he is now sleeping peacefully at night compared to before. Zach and Tori are the proud parents of their adorable kids. Considering their health problems, the couple is training their three children for a life free from restrictions. Fans may recall how Tori announced to the cameras that she had a miscarriage

during LPBW Season 22, leaving her quite upset. After months of trying to conceive their rainbow child, they finally revealed that they were expecting another baby last year.

Following a month of connecting with Josiah, the couple revealed the long-awaited news of their son’s stature. The Little People Big World star Tori Roloff stated that her newborn also has achondroplasia like his elder two brothers. Achondroplasia is a genetic disorder where the development of the long borns is stunted by hardened cartilage. It results in short limbs, and sometimes the face looks smaller than the size of the skull. Despite the news, Tori and Zach are determined to ensure that none of their kid’s health issues are genetically determined. Despite their problems, Zach and Tori never miss a chance to update their followers about their kids. Tori recently posted a sweet photo of her baby Josiah.

She captioned it, explaining why her third child is growing so quickly. The LPBW star said that the newborn is already requesting mac & cheese. Josiah was waiting for his mother to arrive and feed her while he was seated in a high chair, as seen in the photo. However, in the next picture, Tori captures his complete journey. In addition, Josiah has made it through his first battle with the flu, his first flight, and his first Thanksgiving. Later, she informs her followers that the youngster has begun to crawl. And he enjoys eating anything and everything that catches his eye, whether it is food or anything that is irrelevant to eat. So, if you also like to watch Josiah’s little moments, then keep checking TV Season & Spoilers