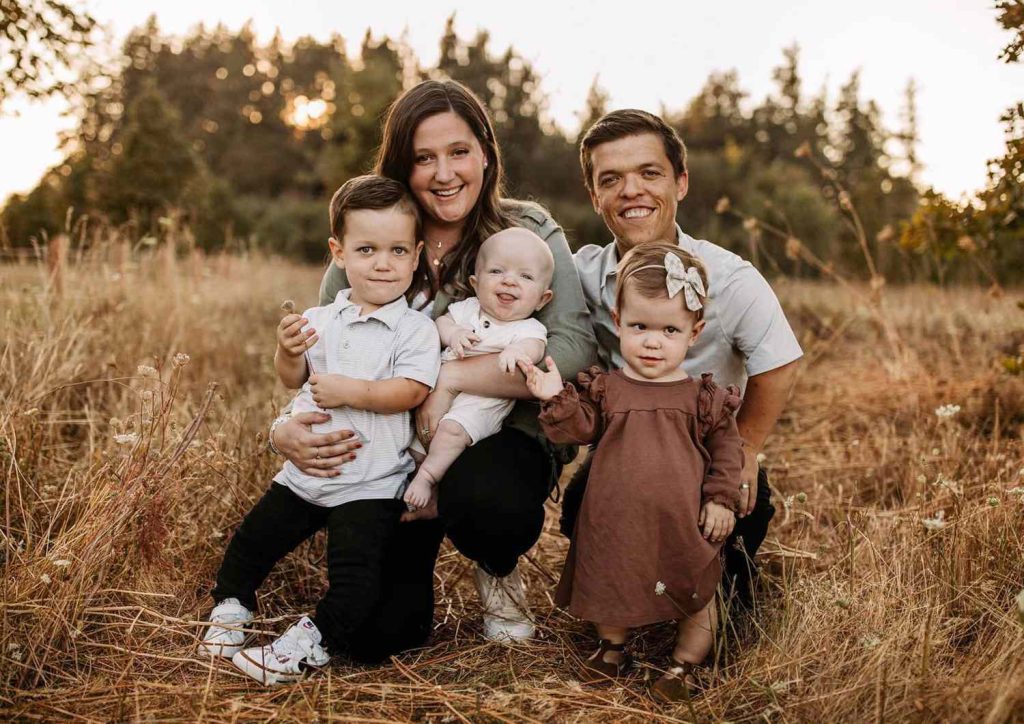 The LPBW has never been out of the drama. Apparently, the Roloff family has always been featured fighting over farms and having issues with each other. Fans know that Jeremy left the show a long time ago with his family. So, it is now Zach’s family that is the center of attention. Apparently, fans preferred to watch the star kids more than any storyline on the show. Tori and Zach’s three little kids are capable enough to hold the show together. Recently, Tori took to Instagram to share how fast her seven months old is growing these days. We have all the information you might wish to know, so keep on reading.

The LPBW fans know that Zach has been a part of the show since he was a teenager. From that point, his entire life has been shared with the world via cameras. Fans have witnessed how he grew up, fell in love, and walked down the aisle. Well, now, he is building his own little family. Hence, there has been a special bond established with stars over the years. Maybe that is the reason why when Matt betrayed Zach, fans took it personally. However, despite everything, undoubtedly, the best part of the show is watching Zach’s cute little kids.

Fans know that Zach and Tori share a cute little family of three kids named daughter Lilah, 2, and sons Jackson, 5, and Josiah, seven months. The matriarch never fails to keep her fans updated about her children’s daily life. Recently, she took to Instagram and shared a cute snap of her seven months old. She captioned it, saying why her third one has to grow old so fast. The LPBW star further added the baby boy is already yelling for mac and cheese now.

Apparently, in the picture, Josiah was sitting on a high chair while he was waiting for his mom to come and feed her. In another post, the matriarch menti oned the journey of seven months of the star kid. Tori added to the caption that Baby Si finally has two teeth

now. Not only this, Josiah has survived his first flu, first airplane ride, and first Thanksgiving as well. She later tells her fans that the toddler has started crawling now. And he loves to eat everything that is in sight, whether it’s food or not, that question is secondary for him.

The LPBW fans are well aware of the unfair treatment that Zach got from his father. The star kid wanted to continue the legacy of the farms and tried to take them over. But, the patriach ditched his own son and decided to put the farms on the market instead. However, it seems that maybe Tori and Zach have decided to withdraw from the show as they did from their family farms. Fans know that Tori is fond of doing questionnaires on Instagram. Hence, during a recent Q&A session, a fan asked whether the couple is ever planning to leave the show or not.

Yes, you guessed it right. Tori replied with a ‘Yes’. She made it clear that at some point in time, they are thinking of leaving the show. This news shattered the fans as they loved watching the kids and the star couple. However, it seems that the star couple is thinking of keeping their kids away from the toxicity of the Roloff farms and want them to remember their childhood with good memories. Keep coming back to TV Season & Spoilers for all the latest Little People Big World tea.