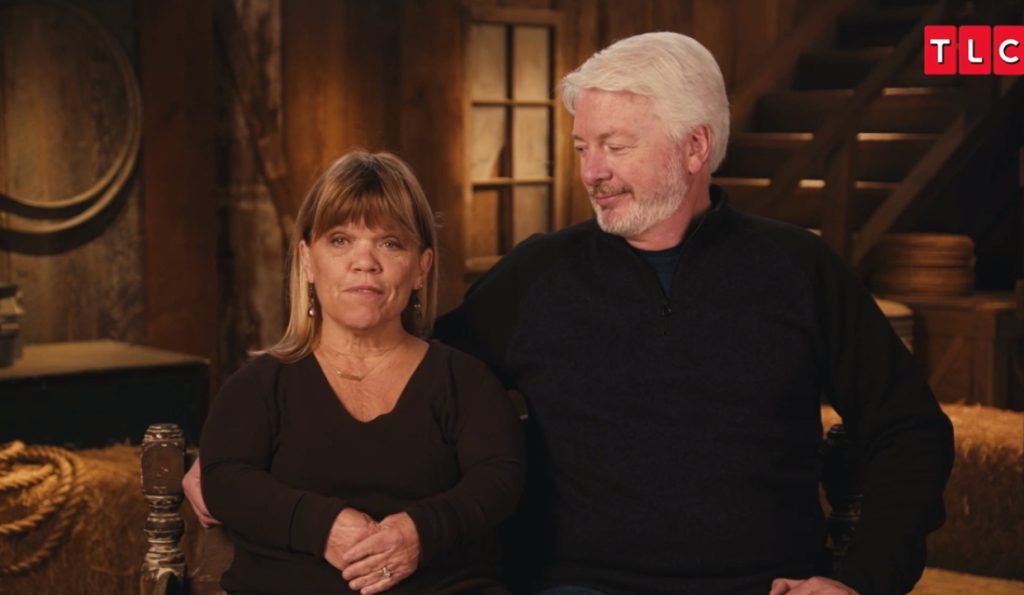 LPBW: Chris & Amy Moving Out Soon! Leaving After The Farm Feud With Matt?

Chris and Amy Roloff were the newest pair to become part of Little People Big World. While the LPBW fans were familiar with Amy from the first episode, they got to see her relationship with her boyfriend and, later on, her husband, Chris, in the latest seasons. It has been a year since they tied the knot, and they have been living together in Oregon. However, the family matriarch had expressed her wish to move into a bigger property. Is the couple planning to do so after Matt Roloff snubbed his kids out of living on the family farm? Keep reading to get to the bottom of this.

Amy Roloff is a fan favorite. While the Little People Big World audience is getting bored of Matt and Zach’s farm feud, the matriarch is getting all the love. In fact, they love her and Chris’ chemistry on the show. However, they, too, were in a fix after Zach and Matt had a falling out. It happened after the son couldn’t land a deal with his father in terms of living on the farm. Back when Amy was married to Matt Roloff, she also owned half of the farm. After her divorce, the LPBW star sold her part back to her ex. However, the mother of four was under the view that Matt would further sell it to his kids.

Alas, that didn’t happen. Both Jeremy and Zach had been dreaming of living on the farm and carrying on the Roloff legacy. Instead, Matt Roloff turned the property into a short-term rental and still fully owns it. Amy had mentioned that she would have fought “harder” if she had known things would end up being this way. If that were the case, then she would have been able to give the land to her sons. Lately, in a Q&A session, a follower wanted to know if Amy had plans to have “more property” or a “bigger yard.” She responded to this by saying that she and Chris would love to but in a couple of “more years”.

LPBW: Tori Wants Mother-In-Law Amy To Move Close To Her In Washington!

While Zach and Matt had a falling out, the LPBW star, Amy, has been very supportive of her son. In one of her live sessions, she stated that her heart goes out to her boys, Jeremy and Zach. As mentioned above, the castmate, too, wanted them to take over the property. The viewers got to see the mother being a huge support to her son in the latest Little People Big World episodes. Lately, Tori Roloff also conducted an Ask Anything session on her social media handle. That’s when a follower wanted to know if Zach and Tori would ever consider moving closer to Amy. Well, the latter is still settled in Hillsboro, Oregon, with her husband, Chris Marek.

In fact, the castmate’s house is only 15 minutes away from the farm. Tori ended up replying to this by saying that they didn’t want to move back to Oregon. However, she has been trying to convince her mother-in-law, Amy, to move closer to her in Washington. Tori and Zach moved in 2021 to Battleground, Washington, in a lavish new house. As the 60-year-old had talked of moving into a bigger property, chances are that she might move closer to Tori, as she had mentioned. However, it is too soon to confirm anything. Do you like Amy and Tori’s bond? Tell us in the comments below. Keep checking more LPBW updates on TV Season & Spoilers.