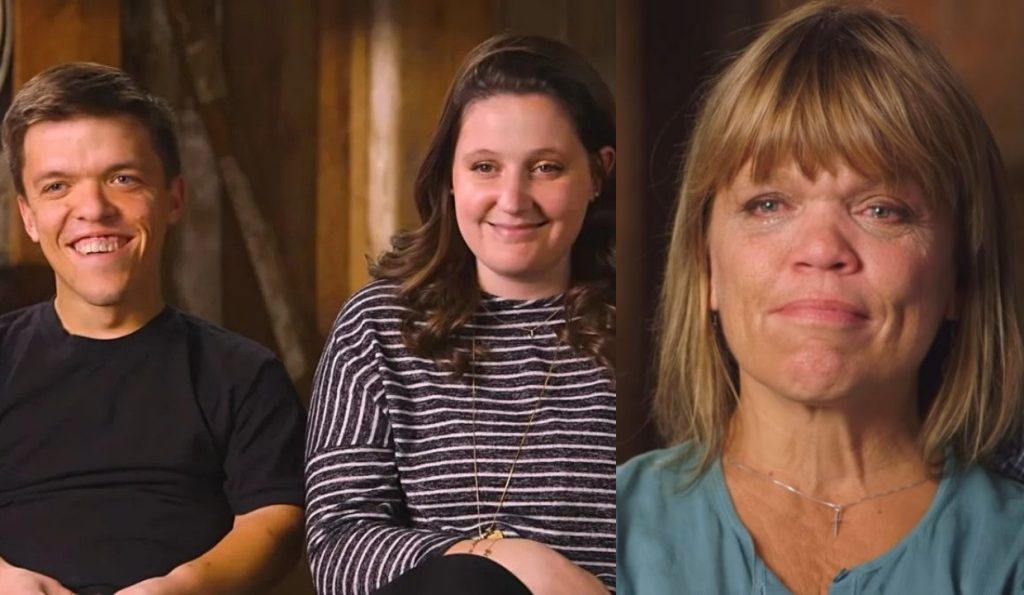 The Little People Big World fans know how chaotic the dynamics of the show have become lately. Apparently, it all started with a feud over the ownership of the family property. After Amy Roloff decided to leave Matt and sell her portion to her ex, Jeremy and Zach were eager to own a part of their property and carry on. But it seems that because of the LPBW patriarch’s tactics and stubbornness, the deal crashed, leaving Zach with no property under his name. Hence, he moved out of the Roloff farms and Oregon itself. Not only this, but now he is also convincing his mother to leave Oregon as soon as possible! But why is he doing that? We have all the information regarding the same, so keep on reading.

The LPBW stars Zach and Tori decided to take a step back from the family property when their deal with Matt crashed. Apparently, the star couple left Oregon and decided to move to Washington in a $1 million dream house. But it seems that Amy is still living in the state with her husband, Chris. Not only this, but the matriarch lives just 15 mins drive away from the farm and often stops by to meet her son. Evidently, Zach isn’t on good terms with his father, but his mother is still the most loved one. Hence, he wants his mom to move out of the state asap.

Recently, Tori took to Instagram and was answering questions from her fans. Apparently, a fan asked her if the star couple ever thinks of moving closer to Amy. The celeb was quick to reply and stated that they weren’t planning to move back. However, they were definitely convincing Zach’s mom to follow them to Washington. Evidently, Tori now shares a great bond with her mother-in-law. They are often spotted shopping and chatting together. Hence, she and her kids would love to have Amy living closer to them.

Not only this but Amy as well plans to move in a couple of years. Recently, the celeb revealed her plans not to stay in the same house forever. A fan asked on Instagram if the matriarch and Chris would ever move out of their current home. The 60-year-old clearly stated that she would love to move in a couple of years. Hence, there’s a chance that Amy would move close to her son Zach. However, there hasn’t been any confirmation from the star yet.

The LPBW star Amy has lived on the Roloff farm for about three decades. Hence, leaving the place after years of affection and attachment was the worst part of her divorce. But it seems that the matriarch isn’t far off the site. Apparently, she lives just a few minutes drive away from pumpkin land. Well, as per reports, the celeb lives with her husband, Chris, in a four-bedroom home in Hillsboro, Oregon. In addition to that, her house has an open floor plan with a huge kitchen and backyard for Amy’s grandkids to play when they come to meet her.

So, Amy also revealed that she tries to have her grandkids and let them have a good time at her house. Indeed, she wants to make it fun and special for them. Certainly, the matriarch is the best Mimi in the world. Not only the viewers but Isabel and Tori also believe the same. Recently, Isabel shared a snap of her MIL with her kid and captioned it by saying that Amy Roloff is the best Mimi in the world. Keep coming back to TV Season & Spoilers for all the latest LPBW tea.