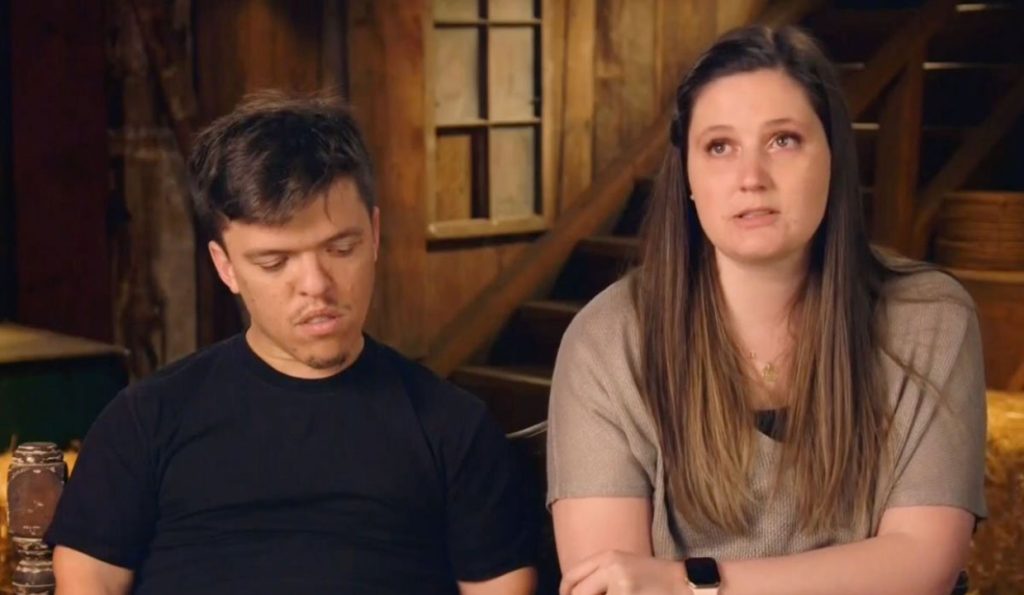 LPBW: Fans Are Against Zach & Tori’s Decision Of Not Being A Part Of Pumpkin Season Anymore

The father-son, Zach and Matt Roloff from Little People Big World failed to reach an agreement to sell a portion of Roloff Farms. Since then, the former and his wife Tori’s relationship with the latter has been tense. The first weekend of the 2022 pumpkin season and the celebrations around it were covered in the concluding episode, which aired on Tuesday. However, fans are aware that as the farm deal fell, Zach and Tori relocated from Oregon to Washington, maintaining distance from Matt. The young couple is at odds with Matt. As a result, they also decided not to attend the pumpkin season. However, fans of LPBW attacked Zach and Tori Roloff on social media after the season finale highlighted the pair deciding to boycott Roloff Farm’s annual pumpkin season.

Zach and Tori have come under fire from LPBW fans for keeping their children away from grandpa Matt because of the family dispute. They were unable to reach an agreement to purchase a portion of the family land. So, the young couple and the Roloff family patriarch have had a strained relationship. Zach and Tori distanced themselves farther from Matt in the LPBW season finale. The parents of three made a choice not to visit Roloff Farms when pumpkin season in 2022 began for the general public. As a result of the slight, their young children would not get to spend time with their grandfather. Zach said in an episode that neither he nor Tori and his children were going to the pumpkin season. He sarcastically said that there are enough pumpkin patches in their relationship, and he doesn’t want more.

However, the LPBW fans could not take it. They felt that the decision made was completely unfair in terms of their kids. The viewers, however, took to Twitter to raise a concern about it. Fans believe that keeping kids away from their grandfather just for their own conflict is not fair on their side. However, agreeing with the previous comment, one fan even said that, now that Tori and Zach are still involved in their nasty feud, this show is difficult to watch

. While Matt and Zach have been at odds, the pair have maintained a friendly relationship with Zach’s mother, Amy. In the video, Amy said that she totally understand why it doesn’t right for them. Also, she believes that Zach and Tori will not regret going to the pumpkin season.

LPBW: Amy Didn’t Want To Do Pumpkin Season Either

The LPBW followers are aware that the Roloff family always looks forward to the Pumpkin Season as the finest time of the year. Traditionally, the entire family would gather to work the crops together. However, things have changed as a result of Matt’s recent decisions. In an episode of Season 24, Amy told her husband that she must decide before speaking to Matt about 2022 pumpkin season. The matriarch was still unsure of whether or not she actually wanted to take part in this. Amy seemed to have been absent from the farms for some time. She thus needs time to think things through.

Amy explained that the farm’s northern portion was placed up for sale. So she must first establish what the dynamics of this year will be. Fans are aware that Chris only recently become involved with the farms. Amy and her husband giggle at Roloff’s evaluations following his initial wagon tour. Marek may have had a difficult beginning, but the matriarch added with a chuckle that he performed quite well after that. Amy no longer has the same excitement for the season that she once did. It will be intriguing to watch if or not the Roloffs get back together for the fall. For all the latest LPBW updates, keep coming back to TV Season & Spoilers.