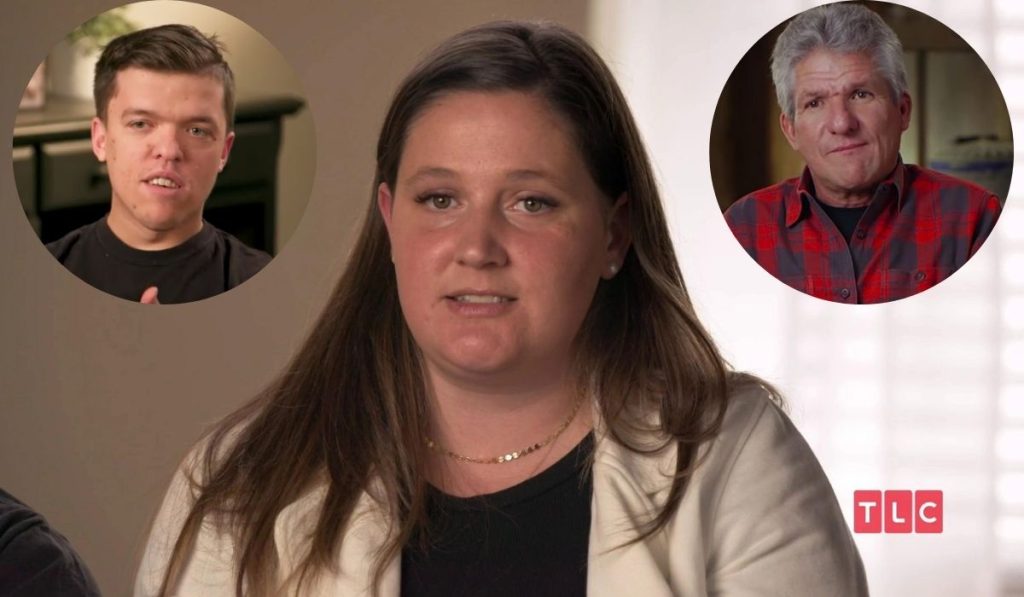 With each new episode, LPBW Season 24 is becoming more intense. The most recent episode followed the Roloff family as they went about their daily lives. Whereas, they were simultaneously dealing with major discussions, marriage troubles, family issues, and marital concerns. As a result, there was a lot of drama throughout the show. However, the farm sale wouldn’t be the only thing that may improve the connection between Zach and his father, Matt. Tori said on this week’s edition of Little People Big World. Fans, however, believed Tori was interfering with the father’s and son’s connection. Do you also think Tori is coming between Zach and his father, Matt? Well, tell us in the comment section below. Until then, we narrate the story of the recent episode.

Lately, a lot of LPBW viewers are criticizing Tori Roloff because they believe she is “bitter”. And to blame for the strained relationship between Zach Roloff and his father, Matt Roloff. Since their father-son relationship has never been the same, Zach and Matt Roloff, have been unable to acquire the north half of Roloff Farms. As a result, there is a lot of conflict between the couples and a tonne of drama on LPBW. Tori, the wife of Zach, and Caryn Chandler, the girlfriend of Matt, are also at odds. It’s Time for Plan B, the episode of Little People Big World that aired on Tuesday, had Tori admitting that she didn’t feel the need to participate in pumpkin season. Describing Roloff Farms as a “sad place” for her. Tori said that if Matt sold the land, the connection between her and Zach, and Matt and Caryn would not be restored. In one of the scenes, Tori says she would rather prefer for the farm to go away. In contrast to how it is now presented to everyone, “I simply think it would be a lot easier for our family, personally,” she added.

Some disgruntled LPBW viewers expressed their displeasure on Twitter. Fans called Tori “bitter” after her remarks and attitude toward the Roloff family’s problems. One of these viewers claimed to be “sick” of Tori’s “whining”. And said that she wanted the farm to go since negotiations didn’t go her way. Another LPBW viewer thought Tori’s actions were “out of line” and believed she was upset and clinging to the past. At the same time, other critics of Tori tweeted that she could teach Zach not to remain angry against something that is the cornerstone of his entire existence. Pointing out that although going to Roloff Farms is bad for her, so is holding hatred. Another viewer shared the feelings of others, saying Tori needs to let go of this “bitterness”. She is destroying the bond between Zach and his father, Matt Roloff

In the latest episode of LPBW, the Roloff family assembled to decide who will partake in the Pumpkin Season. Given that Matt had listed the farm for sale and that there were no takers for the property’s residence. Hence, he was trying to figure out what he should do with it. He was also wondering if his ex-wife Amy and her husband, Chris, would be joining Matt and his girlfriend, Caryn. When Amy first mentioned partaking in the farm’s annual ritual, Matt reassured her that she was the season’s face the year before. Amy revealed to Tori that though she first thought twice about it, she ultimately made a choice to join in pumpkin season this year.

Amy acknowledged that she could have been wrecked emotionally and psychologically. As she thought back on her suffering after her divorce from Matt. She admitted that her faith and her four children had been her savior throughout it all. However, Amy also wished for a future reconciliation between Zach and his father, Matt. So, what do you think Will Zach and Matt reconcile? Or the fight between them will remain forever? Let us know your opinions in the comment section. Stay tuned to TV Season & Spoilers for further updates.